Terror Survivor & Peace Activist: Lobos for Israel and the Hillel at the University of New Mexico are proud to present a Shabbat dinner and discussion with noted terror survivor and peace activist Kay Wilson. 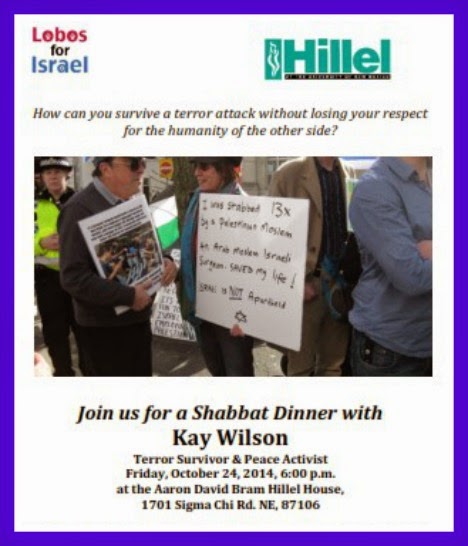 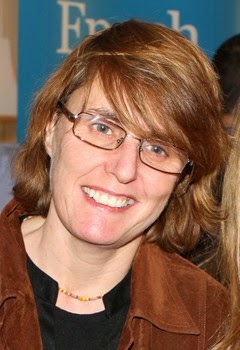 She is the survivor of a brutal attack in Jerusalem on December 18, 2010 during which two Palestinian terrorists stabbed Wilson’s friend Kristine Luken to death.

Wilson, who was also stabbed multiple times, survived by playing dead. Following the attack — while still bound, gagged and barefoot — Wilson managed to walk 1,200 meters until she reached safety.

Since the attack, she has been in demand as a speaker, addressing audiences on issues of human rights and justice for victims of terrorism.

If you'd like to find out more about Kay Wilson, Abq Jew encourages you to read her blogs for the Times of Israel here. A Wikipedia account of  her survival (and others' deaths) can be found here.

An excellent Jerusalem Post interview - What a waste, I’m 46 years old and I’m being murdered - can be found here. And here is a video interview with Ms Wilson:

Afraid of the old Sturm und Drang? Don't be!

Abq Jew has learned that Kay Wilson has her own website -


Let My People Giggle
The Idiot's Guide to Being Alive 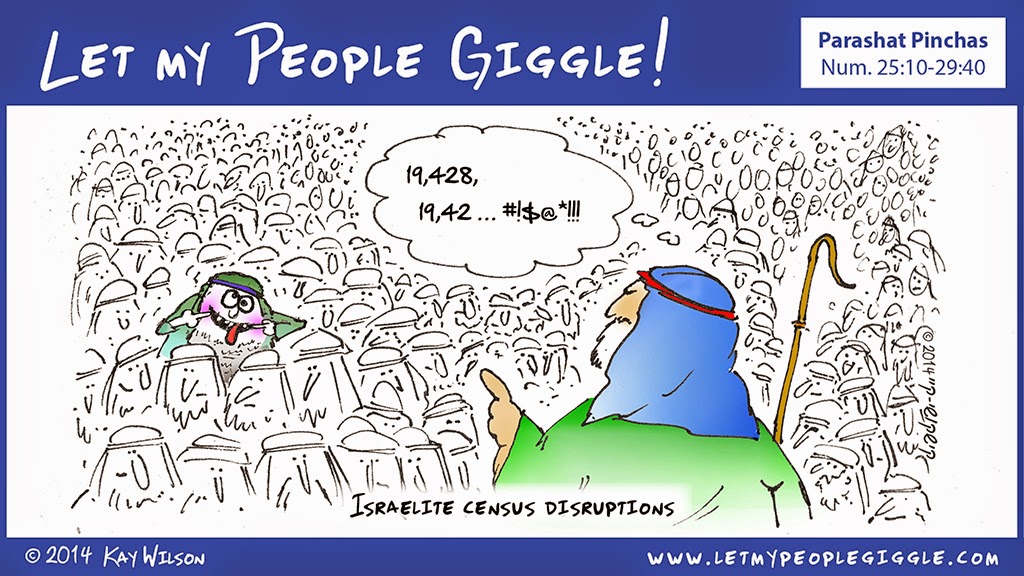 in which she explains why she speaks about her experience.

I speak about my experience because I consider it a Mitzvah** to share with you the lessons I have learned following my attempted murder. I wish I had been smart enough to learn these jewels long ago. I wasn't. Now I know, so I want to tell you what it means to be alive. There is a million miles between being alive and knowing what it is to be alive.

I also have a hunch that a little bit of priority-arranging-in-life won't hurt anyone. I happen to have a few suggestions.

If I can communicate even a teeny-weeny bit of these life-lessons, then I believe the terror attack and the death of Kristine and Netta will not be in in vain. I want to see at least some part of our world become a better place.