Sunday May 18 ~ 4:00 pm
Jewish Academy of Arts & Sciences
next to the Albuquerque JCC 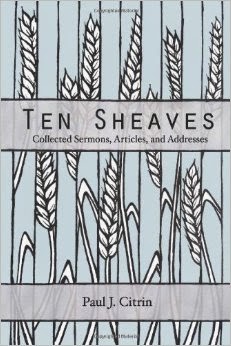 Rabbi Paul Citrin, a third generation native of Los Angeles, received his Bachelor of Arts degree in History from UCLA.  He attended the Hebrew Union College, from which he received a Master of Arts in Hebrew Letters and rabbinic ordination in 1973.

He did a year of independent  study in Jerusalem during which time he wrote a thesis on The Arab in Israeli Literature.  He has served congregations in Boston, Philadelphia, San Diego, and Las Cruces, and for eighteen years (1978-1996) was the rabbi of Congregation Albert in Albuquerque.

Rabbi Citrin has published  a children’s novel which addresses issues of Jewish values and identity. He co- wrote Gates of Repentance for Young People, a children’s High Holy Day Machzor.

Recently, he published Ten Sheaves, a collection of his sermons addresses and articles from forty years in the rabbinate. He is currently editing an anthology of Reform rabbinic theology titled Lights in the Forest, which will come out this summer. 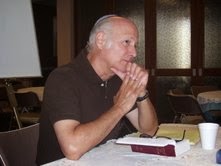 Rabbi Citrin is married to Susan Morrison Citrin, who is a native New Mexican, granddaughter of Albert and Sarah Magidson of Magidson’s Deli fame. They have four children and eight grandchildren, half of whom live in Albuquerque.

Rabbi Citrin is enjoying an active retirement of writing, teaching, travel, and socializing. He is pleased to be a new member of the NMJHS board.

Also at the Annual Meeting, NMJHS will honor board members who are stepping down or leaving the board, and welcomes new officers and board members.

And the NMJHS will present the Hurst Award to a person who has rendered outstanding service to the Society and to New Mexico Jewish History.