A Shabbos Shnooze: As Abq Jew mentioned during Pesach (see Away By The Sea That Was Red), the Australian folk-pop group The Seekers are now in the midst of their 50th Anniversary 'Golden Jubilee' Farewell Tour of the United Kingdom. 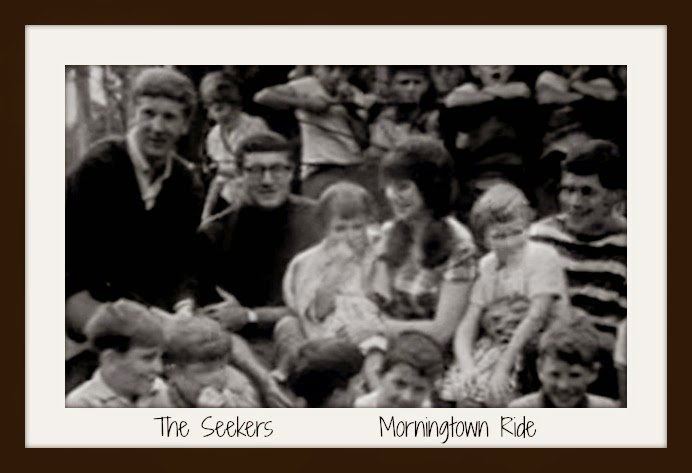 Morningtown Ride, a children's song written and performed by Malvina Reynolds in 1957, appeared on The Seekers' 1965 album Hide and Seekers.

Abq Jew first heard the song performed by The Limeliters - who are also known for such classics as Have Some Madeira, My Dear and Hey Li Lee Li Lee.

As for Malvina Reynolds - she, God bless her, was a real piece of work. Wikipedia says

Malvina Milder was born in San Francisco to David and Abagail Milder, Jewish and socialist immigrants, who opposed involvement in World War I.

She married William ("Bud") Reynolds, a carpenter and labor organizer, in 1934. They had one child, Nancy Reynolds Schimmel (a songwriter and performer in her own right), in 1935. She had earned her Bachelor of Arts and Master of Arts in English from the University of California, Berkeley, and later earned a doctorate there, finishing her dissertation in 1938.

Though she played violin in a dance band in her twenties, she began her songwriting career late in life. She was in her late 40s when she met Earl Robinson, Pete Seeger, and other folk singers and songwriters. She returned to school at UC Berkeley, where she studied music theory.

She went on to write several popular songs, including "Little Boxes," "What Have They Done to the Rain," recorded by The Searchers and Joan Baez (about nuclear fallout), "It Isn't Nice" (a civil rights anthem), "Turn Around" (about children growing up, later sung by Harry Belafonte), and "There's a Bottom Below" (about depression).

Reynolds was also a noted composer of children's songs, including "Magic Penny" (a traditional London folk song during the 1940s) and "Morningtown Ride," a top five UK single (December 1966) recorded by The Seekers.