Just A Few Things: Once upon a time, a famous Jewish scientist (Albert Einstein, in case you don't recognize him) said (in a relatively different context) 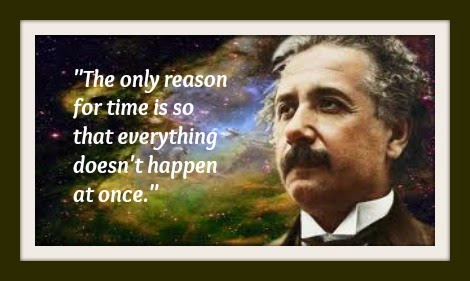 Such wise words! Unfortunately, the Albuquerque Jewish community has paid no heed; with the result (as you can see on the Abq Jew Calendar) that (without exaggeration)


Everything in the world is happening this Sunday.

This includes, of course, final cleaning and preparation for Passover. No one wants to be Pesachdik for Shabbos; everyone must be Pesachdik by Monday morning. Do these facts suggest a possible timeframe for an appropriate course of action? Never mind. 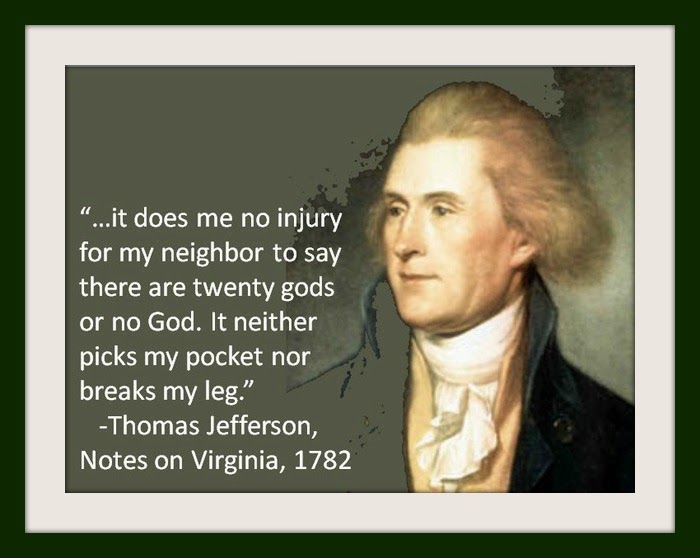 And if that's not enough, we have the customary festivities associated with the birthday of Thomas Jefferson with which to contend.

What Abq Jew is trying to say here is that his next blog post may be a few long, long days away. Please hold the applause. Let's get down to Passover business.

The Atlanta area's Weber School has put together a fun and meaningful Passover parody of the hit 'Let It Go,' exploring the traditional themes of Passover while asking: "How do we adapt the Seder's idea of freedom to our modern lives?"

Students helped craft the lyrics and themes and performed all the vocals and acting roles. The School has posted a lyrics guide, a study guide, and lesson plans.

Which brings us to Andrew Silow-Carroll, Editor-in-Chief of the New Jersey Jewish News. Abq Jew has written about Mr Silow-Carroll before (see Laughing at Pew, Jewish Jokes for Dark Days, and Laughing at Pew 2)) and will (Billy Nader) undoubtedly do so again. Anyway, here is his latest, Passoverkill?.

When I was growing up, there were five foods on our seder plate: egg (beitza), shank bone (zeroa), bitter herbs (maror), vegetable (karpas), and haroset (haroset). At some point we began adding hazeret, another form of the bitter herbs, on the theory that a Jewish family gathering could always use a little more bitterness.

In recent years, the symbols on the seder plate have tended to proliferate. To honor the contributions of Jewish women, some people add an orange. Rabbis for Human Rights suggests a tomato to show that you support exploited farmworkers. And still others add olives as a symbol of peace between Israelis and Palestinians.

All of these are worthy reminders, but how many symbols do we need during a ritual event already bursting with symbolism? Lots, that’s how many. If you really want to cover your bases this year, check out my suggestions for the 21st-century seder plate:

Apple: Celebrates how technology has changed Jewish life, like on-line Torah learning and the ability to play Candy Crush while sitting in the carpool lane at Sunday school.

Green pepper: Symbolizes our need to heal the planet, which you promise to do right after using up all the Styrofoam cups and plastic utensils that you bought for Passover.

Grapes: A reminder that if you really drink all four cups of wine, you can put up with your cousin’s boyfriend for one night.

Scallions: Persian and Kurdish Jews have a Passover custom of striking one another with scallions to symbolize the burdens of the Israelites. I like to put scallions on the seder plate to mock what sounds like a ridiculous and even dangerous custom.

Carrot: Calls attention to the plight of gingers, and how people with red hair must really be careful in the sun.

Asparagus: A reminder that two hours after the seder you’ll be reminded what you ate at the seder.

Prickly pear: The national symbol of the Israeli Jew: tough on the outside, soft and sweet on the inside.

Kiwi: The national symbol of the American Jew: once exotic, now familiar, especially among college grads, who tend to marry them in greater and greater numbers. Jews, not kiwis. Marrying a kiwi would be weird.

Celery: Sounds like “salary,” and expresses the hope that your children will get jobs after graduation.

Potato: Placed on the plate piping hot, it reminds you not to bring up certain topics with your in-laws, especially but not limited to the high cost of prescription drugs and the traffic since they built the new development.

Rhubarb: Uh-oh, you brought up the cost of drugs when I told you not to, and now Uncle Harry is going on and on about Obamacare. Nice job.

Broccoli: The surprising fact that broccoli is a member of the cabbage species helps us understand how some of our family members can actually be related to us.

Prune: Doesn’t symbolize anything, but believe me, you’ll want one in the next few days.

Banana: Reminds us that a man, too, can wash the damn dishes after the seder. Here are your favorites from Passovers past!

Ready To Search For Chometz?

Pesach As She Oughtta Be