Away By The Sea That Was Red

The Jews Safely Crossed: On the seventh day of Passover - the anniversary of the day when this glorious event happened - we again read the story of the Crossing of the Red Sea and the ensuing celebrations.

And for those who are a bit Torah-challenged (aren't we all?), Abq Jew's sources tell him that some guy named Cecil B DeMille shot a movie of the whole affair. Here's a photo: 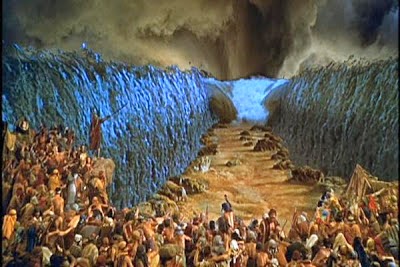 That photo looks so old-fashioned! But had there been cellphones at the Red Sea: 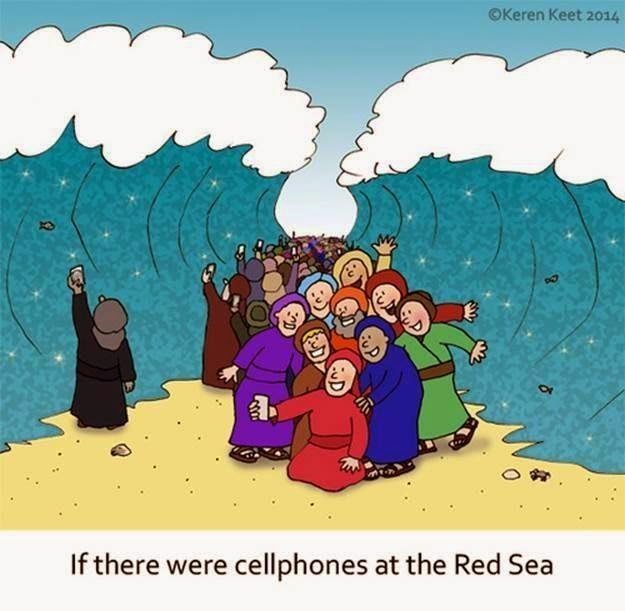 The Passover Haggadah, you may remember (after two Seder nights, eight "cups" of wine, and - already! - too much food), barely mentions Moses.

Lest we think that Moses is the hero of the Passover story, the Rabbis who compiled the Haggadah remind us that it was The Holy One Blessed Be He who brought us out of Egypt. "With a strong hand and an outstretched arm."

But Abq Jew (whose Hebrew name is Moses = משׁה) wants to give Moses his due. Thus and so, the song Little Moses. As Abq Jew first described in Little Moses, the Carter Family recorded Little Moses on February 14, 1929, in Camden, New Jersey.

Here is an absolutely splendiferous version of Little Moses by The Seekers, Australia's first international super-group.

FYI: The Seekers are about to head to the UK to continue their 50th Anniversary 'Golden Jubilee' Farewell Tour. Tickets may still be available!