The Full Concert-Drama: Maestro Murry Sidlin will lead the University of New Mexico Concert Choir, University Chorus, and UNM Symphony Orchestra in a performance of the full concert-drama Defiant Requiem: Verdi at Terezín, at Popejoy Hall on May 8, 2014. 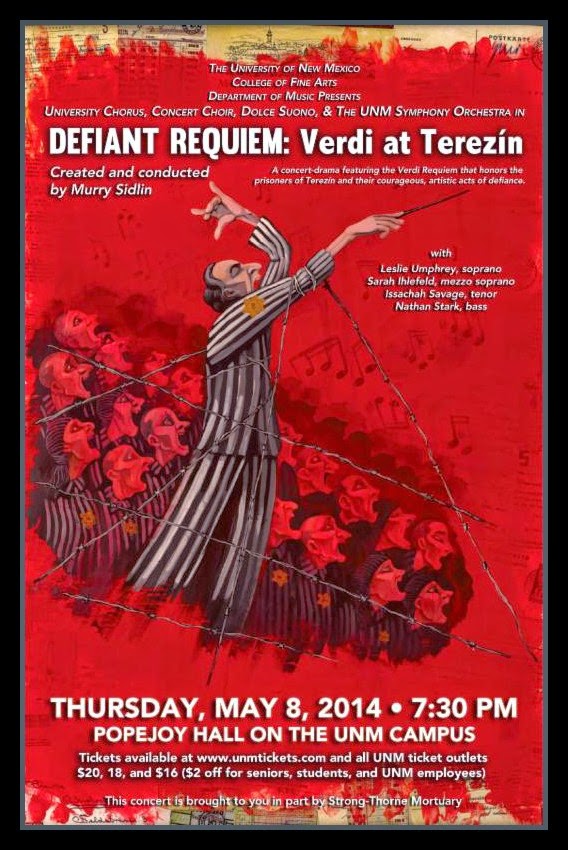 The story of Terezín (aka Theresienstadt), the Requiem, and of Conductor Murry Sidlin’s return to conduct a memorial concert is eloquently told in director Doug Shultz’s powerful documentary Defiant Requiem.

In late 1943, a chorus of 150 Jews imprisoned in a Nazi concentration camp engaged in 16 performances of Verdi’s Requiem - learned by rote from a single vocal score and accompanied by a legless upright piano - before audiences of other prisoners, SS officers, and German army staff members. Their purpose: to sing to their captors words that could not be spoken.

Thus begins an extraordinary saga that touches on politics, power, and the manner in which a timeless choral work provided people at the nadir of human existence with a soaring sense of hope and meaning that according to them could have been found in no other endeavor.

At the center of this series of performances was the Jewish conductor Rafael Schächter, hailed before his internment as a conductor of exceptional skill, and possessed of a persuasive and charismatic nature. His story is both powerful and poignant: During his confinement he worked tirelessly to bring inspiration and meaning to the lives of his fellow inmates - yet ultimately fell victim to the death march of the Third Reich.

The exceptional story of Schächter and the performances of the Verdi Requiem came to the attention of conductor Murry Sidlin, currently Dean of the School of Music at the Catholic University of America in Washington, D.C., and resident artist/teacher and associate director of conducting studies at the Aspen Music Festival, in the late 1990s.

The achievements of Schächter and the chorus in the midst of monumental suffering, disease, and death had a powerful effect on Sidlin, and following considerable research he conceived of a concert drama to tell their noble story: 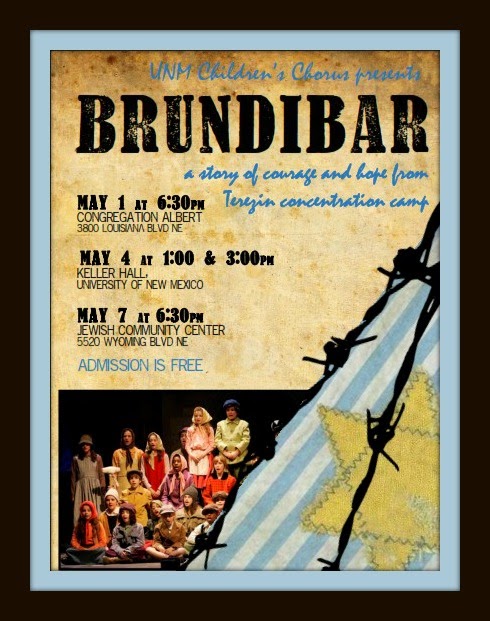 This performance of Defiant Requiem: Verdi at Terezin is part of the observance of Yom HaShoah in Albuquerque, which will also include the performances of Brundibar.

Click here for for a complete schedule of Brundibar and Defiant Requiem events.