On New Year's Eve: Earlier this month, John Calvin - Board Chair of the Figueroa Music and Arts Project - sent a letter to The Project's fans and followers, Abq Jew among them.

"Dear Patron of the Arts," it began. "New Year's Eve in Vienna!," The Figueroa Music and Arts Project's year-ending gala, has been cancelled." 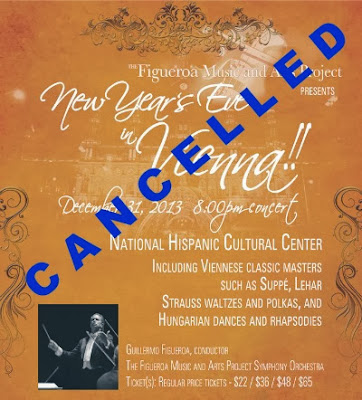 And the letter continued:


"We have always operated under a policy of fiscal responsibility; if we don't have the funding assured to pay our musicians, we don't put on an event," said Guillermo Figueroa, Music Director of The Project.

"Regretfully, we didn't achieve the level of funds required for this concert."

"I am disappointed at having to make the decision not to put on the New Year's Eve concert. However, we made a promise to the community, and we must keep it ....

If the funds are not available, our citizens won't be able to avail themselves of the wonderful talent of Maestro Figueroa," said John Calvin, Figueroa Music and Arts Project's  Board Chair.

This unfortunate cancellation was not good news for Burqueños.

Abq Jew believes - and John Calvin has often stated - that 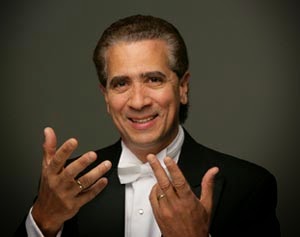 It should be a fundamental goal
of the Albuquerque arts community
to keep Maestro Figueroa here in town.

Maestro Figueroa, in case you didn't know, is the new Music Director and Conductor of Boca Raton's Lynn Philharmonia. Albuquerque! We need to try harder!

Ah, but enough about disappointment. It is, Abq Jew reminds you, the eve of a new [albeit civil] year! May we all be civil in the new year. Hear that, Republicans?

When one thinks of Vienna - especially on New Year's Eve - one often thinks of the beautiful Blue Danube and other Strauss waltzes. That is, if one is not a Jew.

If one is a Jew, claims Abq Jew, one tries not to think about Vienna at all.

But then there is The Third Man. 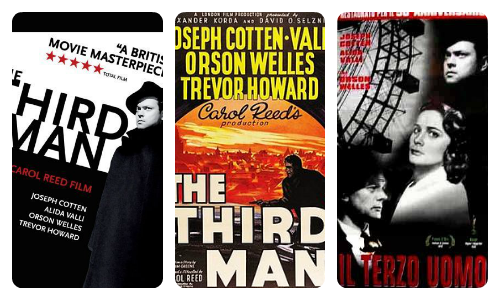 For those too young to remember or too old to recall; from Wikipedia:

The screenplay was written by novelist Graham Greene based on Greene's novella of the same name, which was written in preparation for writing the screenplay, and was published in 1950.

The musical score was composed by Anton Karas and played by him on the zither. Before the production came to Vienna, Karas was an unknown wine bar performer.

The Third Man Theme was released as a single in 1949/50 (Decca in the UK, London Records in the US). It became a best-seller - by November 1949, 300,000 records had been sold in Britain, with the teen-aged Princess Margaret a reported fan.The exposure made Karas an international star.

Aside from its notable music [Abq Jew apologizes - he couldn't resist!], The Third Man is most famous for its remarkable cinematography. Wikipedia tells us:

The atmospheric use of black-and-white expressionist cinematography by Robert Krasker, with harsh lighting and distorted "Dutch angle" camera angles, is a key feature of The Third Man.

Combined with the unique theme music, seedy locations, and acclaimed performances from the cast, the style evokes the atmosphere of an exhausted, cynical post-war Vienna at the start of the Cold War.

And here is what Roger Ebert z"l wrote about The Third Man in 1996:

Of all the movies I have seen, this one most completely embodies the romance of going to the movies. I saw it first on a rainy day in a tiny, smoke-filled cinema on the Left Bank in Paris. It told a story of existential loss and betrayal. It was weary and knowing, and its glorious style was an act of defiance against the corrupt world it pictured.

Seeing it, I realized how many Hollywood movies were like the pulp Westerns that Holly Martins wrote: naive formulas supplying happy endings for passive consumption. I read the other day that they plan to remake "The Third Man." Do you think Anna will cave in to Holly - or will she remain true to her bitter cynicism and unspeakable knowledge?

But back to The Figueroa Music and Arts Project. Maestro Figueroa says:

While I am of course disappointed at the necessity to cancel this event, I want our patrons to know that we will be back with the balance of our 2013-14 season.

We did have an extremely successful season inaugural concert last month, featuring Stravinsky's "Firebird," presented with Festival Ballet Albuquerque, and I anticipate you will enjoy the magnificent music of the Baroque period that we will present in February. 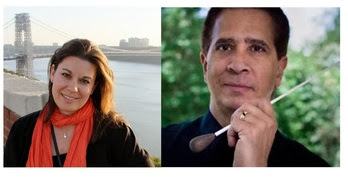 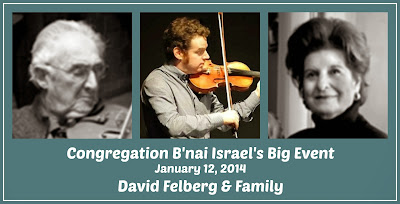