A Long Way From Albuquerque:  Abq Jew often complains to Mrs Abq Jew that she is driving him crazy. "We don't have to drive," says Mrs Abq Jew. "It's not that far."

Which raises the question, in what remains, after all these years of intermittent use, of Abq Jew's mind: How can you tell if you're crazy? 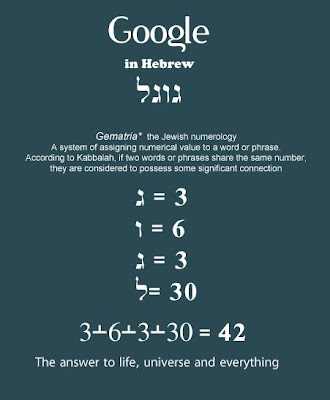 Fortunately, in our time, Google has come to signify or point to the answer to Life, the Universe, and Everything. So this is what Abq Jew found out. 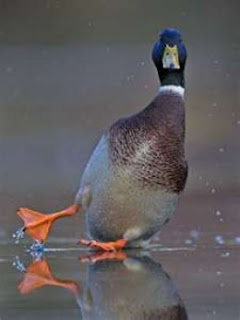 From Hub Pages, we have an article called Six Signs You Might Be Crazy, which begins:

The Six Ways, incidentally, are:
Interestingly, the page (when Abq Jew opened it) featured an ad from self-publisher iUniverse.com that asked the question Are You Writing A Book?, which may be the Seventh Way.

Yahoo! Voices (the Second Way above) features 100 Signs You Are Crazy and Losing Your Mind. Among the many ways:

Which of course brings us to ... the tale of Rebbe Nachman entitled The Tainted Grain.


The king’s star gazer saw that the grain harvested that year was tainted. Anyone who would eat from it would became insane. “What can we do?” said the king. “It is not possible to destroy the crop for we do not have enough grain stored to feed the entire population.”

“Perhaps,” said the star gazer, “we should set aside enough grain for ourselves. At least that way we could maintain our sanity.” The king replied, “If we do that, we’ll be considered crazy. If everyone behaves one way and we behave differently, we’ll be considered the not normal ones.

“Rather,” said the king, “I suggest that we too eat from the crop, like everyone else. However, to remind ourselves that we are not normal, we will make a mark on our foreheads. Even if we are insane, whenever we look at each other, we will remember that we are insane!”

As it turns out ... Abq Jew has a mark on his forehead. But you knew that, didn't you?

Not quite as distinct or as distinctive as Harry Potter's, but still quite noticeable. His parents z"l always told Abq Jew that the mark is the scar left by 10 stitches required to repair a crib-jumping injury. But perhaps that is just the tale they told ....

And Abq Jew does hear voices. In particular, those of Mrs Abq Jew, Tony Bennett, Simon and Garfunkel, and Jim Kweskin. Not constantly, but often. Hmmmmm. So why, Abq Jew asks you, do hummingbirds hum? Because they don't know the words!

When men of a certain age think crazy, we think about Patsy Cline. Wikipedia tells us:


"Crazy" is a ballad composed by Willie Nelson. It has been recorded by several artists, most notably by Patsy Cline, whose version was a #2 country hit in 1962.

Partly due to the genre-blending nature of the song, it has been covered by dozens of artists in several genres over the years; Nevertheless, the song remains inextricably linked with Cline.

Nelson wrote the song in early 1961; at the time he was a journeyman singer-songwriter who had written several hits for other artists but had not yet had a significant recording of his own. Nelson originally wrote the song for country singer Billy Walker who turned it down for the same reason Roy Drusky turned down I Fall to Pieces the previous year - that it was ``a girl's song. The song's eventual success helped launch Nelson as a performer as well as a songwriter.

Patsy Cline, who was already a country music superstar and working to extend a string of hits, picked it as a follow up to her previous big hit "I Fall to Pieces." "Crazy", its complex melody suiting Cline's vocal talent perfectly, was released in late 1961 and immediately became another huge hit for Cline and widened the crossover audience she had established with her prior hits. It spent 21 weeks on the chart and eventually became one of her signature tunes. Cline's version is #85 on Rolling Stone's list of The 500 Greatest Songs of All Time.

But how do we get to Clovis? Abq Jew hears you ask. Well ... "Crazy" was (famously) covered by country star Lee Ann Rimes. When it was time for Ms Rimes to record, she "headed to the studios of Norman Petty in Clovis, New Mexico, where rock-n-roll icon Buddy Holly cut his first album."

There will be more about Clovis (where Abq Jew has never set foot) sometime in the future. But in the meantime .....