And 46 Years: This week, Mr & Mrs Abq Jew celebrated the 46th anniversary of their wedding at NYC's Town & Village Synagogue (with reception following at the Waldorf Astoria). 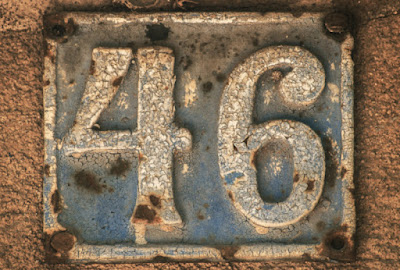 And how did they celebrate? By dining on M'tucci's Italian carry-out! And by watching the Academy Award-winning 1987 film Moonstruck.

Absolutely one of our favorites. 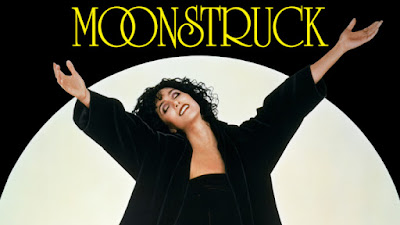 For those too young or too old to remember, Wikipedia tells us -

The film follows Loretta Castorini, a widowed Italian-American woman who falls in love with her fiancé's hot-tempered, estranged younger brother.

To fully understand this wonderful movie, it helps if: a) you're Italian; b) you grew up in New York; c) both of the above. But these are merely suggestions, not absolute requirements.

Director Norman Jewison, for example, is Protestant (really) and Canadian. Writer John Patrick Shanley is Catholic ... but Irish. And the actors? From all over the place - but not from Little Italy or even Bay Ridge.

As you, Abq Jew's loyal readers, must surely recall, Abq Jew is from the Golden State of California, and is therefore sorta obsessed with real estate (see December 2021's Joseph Dreams). 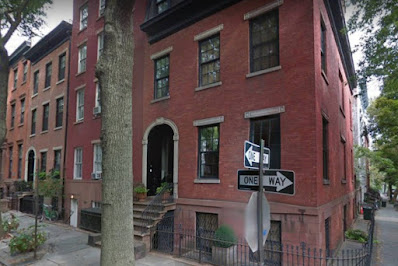 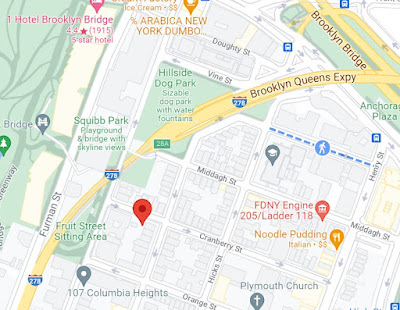 Iconic "Moonstruck" House In Brooklyn Heights
Is Up For Sale

It was filmed at real locations all around the city, with the fictitious restaurant the Grand Ticino shot in the West Village, Cammareri Bakery in Carroll Gardens, and the Castorini family home both located in Brooklyn Heights.

That townhouse has now been put on the market for the first time in over a decade. But snap out of it! You probably can't afford this one.

The historic townhouse, located at 19 Cranberry Street on the corner of Willow Street, has been put up for sale for the hefty price of $12.85 million.

As the Street Easy listing states, the house, which was built in 1829, has had a lot of renovations in recent years, including a restored roof and windows, and the addition of all new infrastructural systems, a professional wood-burning oven, and lots more.

"At 26' wide, with garden and gated parking, this 30-window, light-filled, 4-story, 5+ bedroom, 3.5 bath townhouse has been impeccably renovated with restored original charm and exquisite attention to detail, resulting in comfortable and stately opulence," the description reads.

How, you may ask, can Loretta's family afford that? Easy. Her father is a plumber! And then there's the Grand Ticino, that great Italian restaurant, which you really can't walk to from the Castorinis' home. 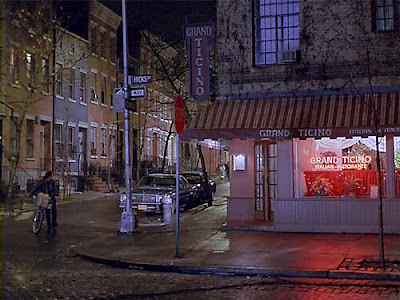 Manhattan's West Village, at the corner
of West 4th Street and West 12th Streets
The street sign is fake. And yeah, West 4th & West 12th intersect.
Got a problem with that? 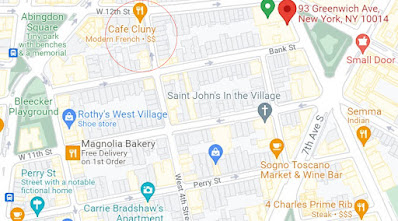 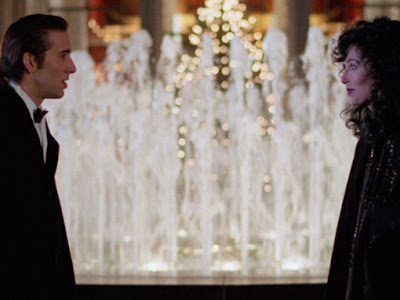 'The Met' at Lincoln Center
Mr & Mrs Abq Jew have been there a few times, too. 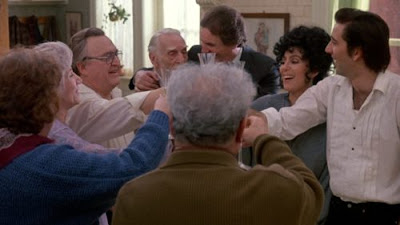 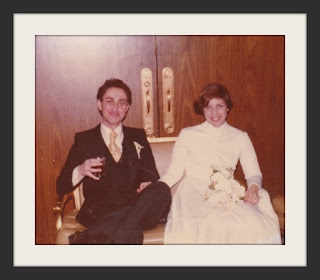