Unimaginable Grief: On Sunday, Abq Jew was deeply saddened - no, utterly shattered - to learn that his dear young relative, Orli Sarah Sheffey, 19, had taken her own life on Friday.

Orli's funeral, which Abq Jew - among countless others, he is sure - watched via livestream, took place earlier today at the North Suburban Synagogue Beth El in Highland Park, Illinois. 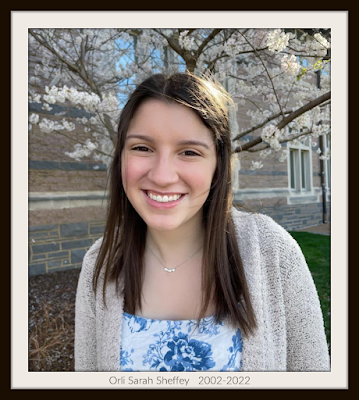 Bright, beautiful, caring. Planned to save the world.
Steve and Timna Sheffey are prominent members of their Jewish community. Steve, in particular, is a renowned pro-Israel activist and progressive Democrat who publishes a weekly newsletter, the Chicagoland Pro-Israel Political Update.
Steve Friess of the Forward says Steve's newsletter is "the Chicago Jewish newsletter that even Republicans have to read," and "arguably, the most widely shared local Jewish media in Chicago."

Thanks to MyHeritage, Abq Jew connected with Steve in September 2017. As it turns out, Orli was ... is ... Abq Jew's father's uncle's sister-in-law's father's cousin's brother-in-law's great-great-granddaughter.
Yes, that's a long way up and over and across and down the Family Tree. And no, Abq Jew never met Orli or her family. Still, Orli's death hurts. To be honest - it frightens Abq Jew. He has children, too. 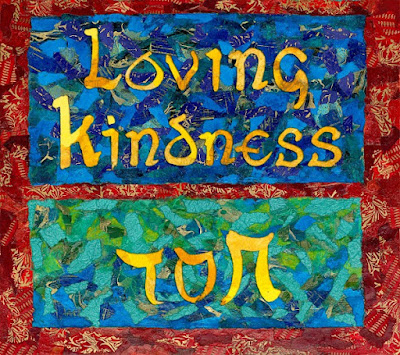 Abq Jew and the world learned of Orli's death via a tweet from Ayelet, one of Orli's older sisters.

My little sister Orli died by suicide on Friday. She was smart, funny, and had the biggest heart of anyone I had ever met, and I never saw her death coming. I cannot begin to fathom this loss, but I hope her 19 years of life can be recognized for the incredible gift they were.

Orli was incredibly smart, passionate, funny, and loving. She cared so much for others and the incredible life she lived influenced so many. She made the world a significantly better place. She had too many friends to count and was loved by all.

In lieu of flowers, donations may be made to Planned Parenthood (www.plannedparenthood.org).

Orli, a sophomore at Washington University of St Louis, excelled in her studies, worked for progressive causes, was a friend to everyone, and was training to become a suicide counselor. She thought she could do it all.
At Orli's funeral, Hazzan Jacob Sandler sang the 23rd Psalm and El Maleh Rahamim; Rabbi Alex Freedman and Rabbi Michael Schwab spoke heartfelt words of consolation.
Ayelet, Ariel, Timna, and Steve offered ... remembrances. And heartbreak. Ariel, at the end, when Orli's casket was wheeled out of the sanctuary, was inconsolable. She screamed; she wailed, she cried.
As did every member of the congregation. 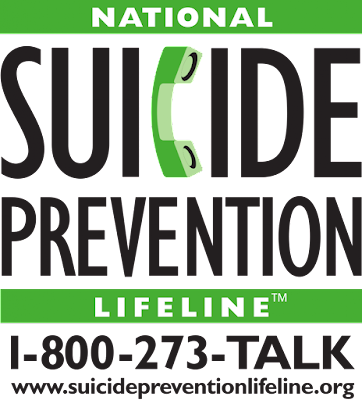 Ring the bells that still can ring
Forget your perfect offering
There is a crack, a crack in everything
That’s how the light gets in.