Erudite Outrage: Mort Sahl, the comic whose caustic and fearlessly observant routines about Cold War politics in the button-down 1950s transformed American comedy and paved the way for generations of acid-witted humorists, not least Jon Stewart and Bill Maher, died Oct. 26 at his home in Mill Valley, Calif. He was 94. 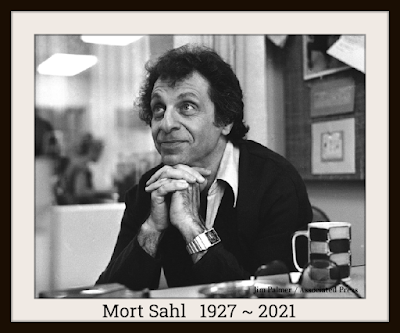 So reports John Otis of The Washington Post. Who continues:

Before Mr. Sahl, wisecracks about government and Washington were little more than glib asides with no attempt at the jugular. For the most part, comedians avoided topics that might alienate escapist-minded radio, TV and nightclub audiences and stuck to safer material about mothers-in-law or nagging spouses.

By contrast, Mr. Sahl dove headfirst into the divisive politics and tumult of his time — from the nuclear arms race to segregation — with erudite outrage, a finely tuned sense of the absurd and a high tolerance for risk. Referring to his more genial comic forebear, Time magazine described him in a 1960 cover story as “Will Rogers with fangs.”

And then tells us:

In “Seriously Funny,” a book about rebel comics of the 1950s and 1960s, Gerald Nachman explored the novelty of Mr. Sahl’s intellectual, explanatory style and his Ivy League wardrobe.

“Pre-Sahl was a time in which comedians, clad like bandleaders in spats and tuxes, announced themselves by their brash, anything-for-a-laugh, charred-earth policy and by-the-jokebook gags,” Nachman wrote. “Sahl challenged and changed all that simply by the comic device of being himself and speaking his mind onstage.”

At the end of his shows, Mr. Sahl would ask, 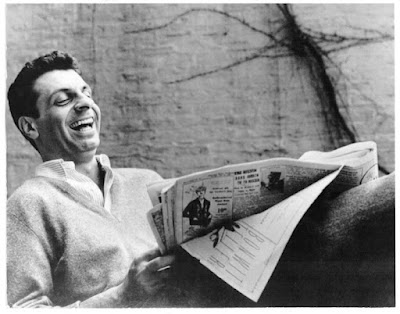 “Is there anyone here I haven’t offended?”

Morton Lyon Sahl was born on May 11, 1927, in Montreal, Quebec, Canada, the only child of Jewish parents. His father, Harry Sahl, came from an immigrant family on New York City's Lower East Side, and hoped to become a Broadway playwright. He met his wife when she responded to an advertisement he took out in a poetry magazine. Unable to break into the writing field, they moved to Canada where he owned a tobacco store in Montreal.

The family later relocated to Los Angeles, California, where his father, unable to become a Hollywood writer, worked as a clerk and court reporter for the FBI. Sahl notes, "My dad was disappointed in his dreams and he distrusted that world for me. Sahl went to Belmont High School in Los Angeles, where he wrote for the school's newspaper. Actor Richard Crenna was a classmate. 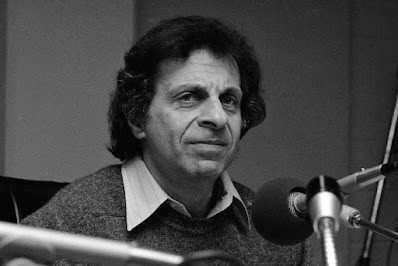 Sahl made the Top 10 of Rolling Stone‘s “50 Best Stand-Up Comics of All Time” list for his ability to riff on politics “in a way no one had heard before. Just imagine a comic digging through the headlines (sometimes in the middle of a set) looking to expose hypocrisy with the right piece of journalistic evidence – and scoring in a big way.” 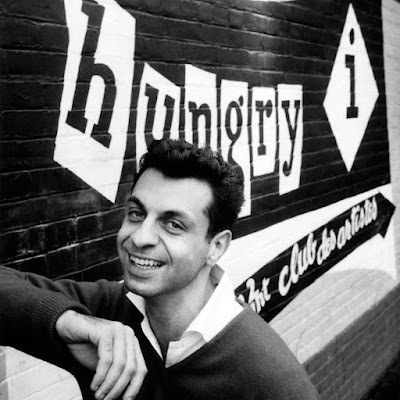 He made a name for himself performing at the hungry I in San Francisco beginning in 1953, where not only did he buck the system with quick-witted monologues addressing politics and social issues head-on, but he brought a more casual vibe to the then-staid style in the comedian world, where punch lines and mother-in-law jokes ruled and suits and ties were the dress code. He preferred to appear like the youth he reached, wearing casual styles and using language that was relatable to his audience.

Sahl’s work influenced generations of comedians, including Lenny Bruce, Dick Gregory, Jonathan Winters, Joan Rivers, George Carlin and Richard Pryor. He called out hypocrisy during his routines and no political figure was in the safe zone, whether they were Democrat or Republican.

Here is a video clip of Mort Sahl explaining politics and relationships.

For the politics part - well, you have to be of a certain age to really get it. All the names have changed - but everything else had pretty much stayed the same. As for the relationships part - nothing ever changes.