With Mazel Tov Cocktails: Yes, we'll talk about fomenting violence with Molotov cocktails in just a bit. But first - a tutorial on how ... misleading ... photographs and news headlines are made.


Start with a bit of the truth.

New Mexicans in general and Burqueños in particular rejoiced at this welcome news, and reacted today exactly as one might have expected. 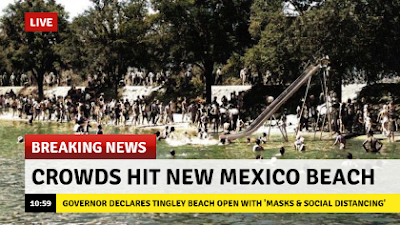 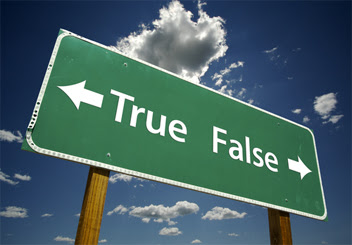 FALSE:
Pretty much everything else about the photo.


How did Abq Jew do that?

1. You start out with a nice photo of Tingley Beach. With lots of people. The photo Abq Jew used is from the October 23, 2013 edition of the Albuquerque Journal. The caption was:


Swimming was once common at Albuquerque's Tingley Beach,
seen here in a 1949 photograph. It was provided courtesy of
the Albuquerque Museum Photo Archives.

Now, the original photo was in good old black and white. Which might have tipped you, Abq Jew's loyal readers, off that this photo is not exactly current.

2. So you've got to colorize the black & white photo. There are probably a zillion tools to do this, but Abq Jew used the colorizing tool provided by his favorite genealogy program, MyHeritage.

The original photo, as digitized and colorized, is way too big for the web.

3. So Abq Jew used his favorite graphics tool, PicMonkey, to resize the photo so it doesn't clobber everyone's web browser.

Very nice. We've got a color photo that's a good size for the web. But where does the CNN-like headline come from?

4. Well, it comes from a website called, amazingly enough, BreakYourOwnNews.com. All you have to do is go there and follow the instructions. Choose your own photo; add your own headlines. Pretty easy.

However, what you end up with - while entirely beautiful and serviceable - still leaves you with a graphic that proclaims (as it has every right to) -

Another dead giveaway. We can't have that, can we? Well, Abq Jew couldn't.

4. So - and this is a bit tricky and a lot sneaky - Abq Jew took a screenshot of an appropriate portion of the original photograph

and used it to cover up the Break Your Own News logo. The coverup is not perfect, and if you're looking for it you can spot it. But of you aren't looking for it, chances are you won't spot it.

There are probably laws against this sort of thing, but Abq Jew is not really selling the resulting photo, so - what are we looking at? 7 days? 6 months? 18 months tops. It's not as if Abq Jew tried to vote illegally or something. 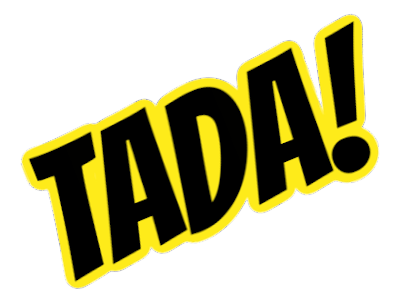 So now let's talk about fermenting and/or fomenting violence. Abq Jew was ... really disappointed ... to see the following tweet. 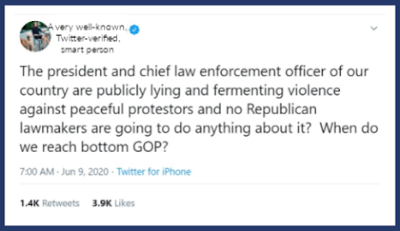 Forget everything you learned in the tutorial we started out with. This is a real screenshot of a real tweet, by a very well-known, Twitter-verified, smart person for whom Abq Jew holds deep (but no longer the deepest) respect.

Abq Jew has modified the screenshot a bit to somewhat shield the tweeter.


The president and chief law enforcement officer of our country are publicly lying and fermenting violence against peaceful protestors and no Republican lawmakers are going to do anything about it?  When do we reach bottom GOP?


When change is a brewin', remember: to ferment is to cause a chemical change to food or drink, like turning grapes into wine, but to foment is to stir up trouble, like turning a group of people into an angry mob. 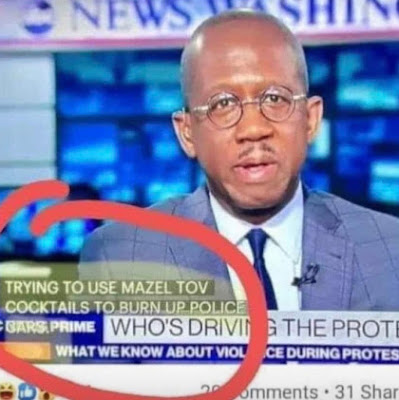 ABC News's recent and extreme chyron mistake has been floating around the Internet for a few days.

Again, let's refresh our collective memories. Per ... oh, fuggedaboutit. We all know the difference. But back in 2016, Scottie Nell Hughes (journalist, news anchor, political commentator, and DJT supporter) didn't.


In a live interview broadcast on CNN the day before the 2016 presidential election, she confused the word "Molotov" with mazel tov, a Jewish expression of congratulations or good luck when she stated that a video by rap music artist and Hillary Clinton supporter Jay-Z begins "with a crowd throwing mazel tov cocktails."

There is such a thing as a Mazel Tov Cocktail.

According to one anonymous source:


It’s one shot of pickle juice, one shot of vodka, then five shots of pure ethanol flung at a police car [NOT RECOMMENDED].

But according to Tufts University's Professor Daniel W Drezner, the ingredients are: 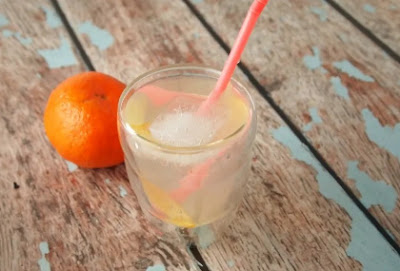 PREPARATION
1. Mix lemon or lime juice with vodka, cointreau, and simple syrup.
2. Shake it up, and pour over ice. Top with a candied orange rind for garnish. 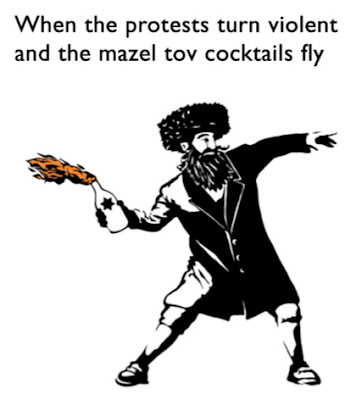 Of course, antisemites were quick to exploit
the possibilities (this is a mild example). 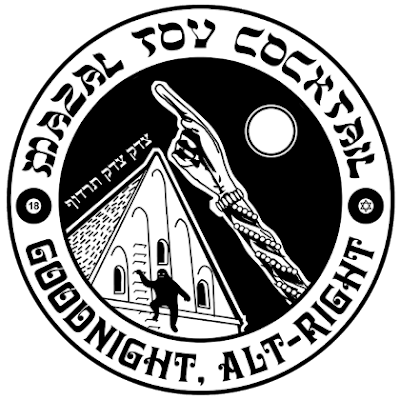 But then, so were philosemites. 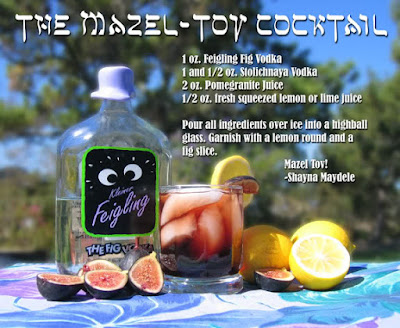 And, of course - the Marketing Department.

Yes, Abq Jew made this one, too.