comes this second jaw-dropping collection of hate mail, threats, and criticisms of the MRFF's efforts to ensure that all members of the United States Armed Forces fully receive the Constitutional guarantees of religious freedom to which they and all Americans are entitled by virtue of the Establishment Clause of the First Amendment.

As you, Abq Jew's loyal readers, must surely know, Abq Jew has long (see On Selecting Haberdashery and Onward, Christian Soldiers!, et al) been a big fan of Mikey and Bonnie Weinstein and their organization, the Military Religious Freedom Foundation.

At least since Abq Jew's own January 2017 run-in with the haters (see You've Got Hate Mail!) - and even before.

Well. Bonnie Weinstein has just published a second collection of ... Responsa ... as we say in Classical Rabbinic Lit circles. And it is, as we also say in such circles, a Doozy.

Here is one example of the types of questions the MRFF is called upon to respond to. (And yes, Abq Jew here inserts **asterisks** and an image, so it's relatively unsearchable. Other sites have no such qualms.)

Here is an example of the types of responses the MRFF provides.


Thanks for your insightful and thought-provoking observations. The time that you took to articulate your position was well-spent, as it makes clear the depth of your intellect and the effort that you've extended to understand the complex issues in which the MRFF engages.

However, I feel compelled to point out that the activity in which you've asked Mikey to engage is physically impossible; therefore, he will not be complying with your request.

But feel free, as you deem appropriate, to continue with your own experimentation. 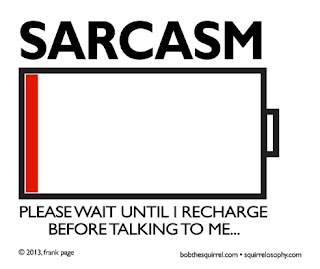 
If you would like - and you know you would! - your own, personal, hand-signed-by-Bonnie-Weinstein copy of When Christians Break Bad, Abq Jew strongly encourages you to attend - 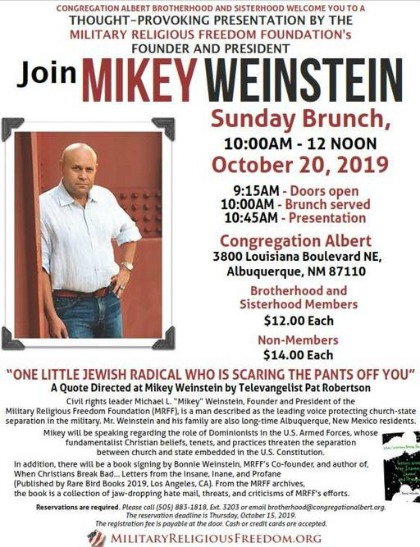 Which brings us to the latest episodes in the life of


dedicated human rights activist and Chair of the Board of Death Penalty Focus, Good Will Ambassador for the United Nations High Commissioner for Refugees, and Co-Chair Emeritus of the California Committee of Human Rights Watch.

Mike is also on the Military Religious Freedom Foundation Advisory Board. And therefore, to MRFF questioners' consternation - but to our delight - gets to provide some (but alas, not all; there's just too much incoming) responses.


Here - as we approach Yom Kippur, the Day of Atonement - is an example of the types of responses Mike Farrell provides. The question? It really doesn't matter, does it? Let your imagination run wild.


Cowardice and self-hatred are always clear in the anti-Semitic and anti-Islamic rants we see here, but I think you’ve done an amazing job of demonstrating why people like you wear hoods to hide your faces.

Such incredible emptiness has to be painful beyond understanding for most normal people, so it stands to reason that you, feeling so miserable and hopeless, have trouble looking in a mirror, let alone allowing rational folks to see the ugliness that is written all over you.

I’m sorry you’ve allowed yourself to sink to these depths, but we like to think there’s hope for everyone, so, hard as it may be, take a good look at yourself, weep for a while, and try to find something positive to do. It’ll be hard, I know.

It’s a long road back, but it’s worth the effort. 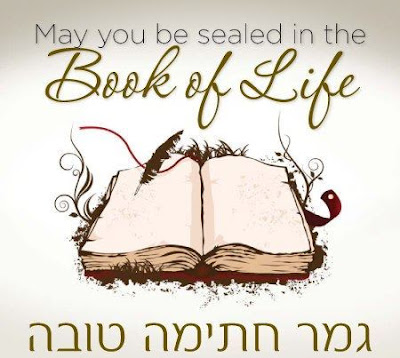 For all of us who are on our own roads back ...