Brian Colón, A Force of Nature

Our State Auditor: The New Mexico Office of the State Auditor is a constitutionally established executive office with an elected State Auditor eligible to serve up to two four-year terms.


The office is currently held by Brian Colón. 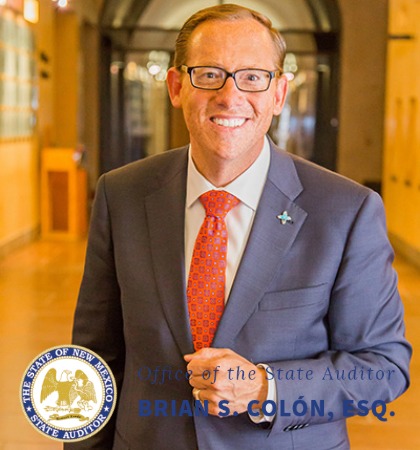 But ... you probably knew that.


Brian Colón was elected State Auditor of New Mexico in November 2018 with decisive wins during both the primary and general elections. As State Auditor, Brian is committed to bringing awareness to the important work of the office that uncovers fraud, waste, and abuse in agencies and entities statewide.

And ... you probably knew that, too. In any event ... you can read more of  Brian's official biography here.

Ms Schmidt reported the results in this summer's issue of The New Mexico Jewish Link. Her interview is reprinted here with her (and Mr Colón's) permission.

Brian Colón
A Force of Nature 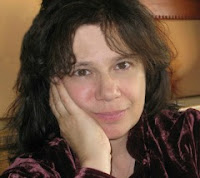 There’s a feeling of personal power that radiates from New Mexico State Auditor Brian Colón. Meeting him is something like the rush of taking off on a jet plane. There’s also a sense of bashert, of things happening as they should, when they should, and that sense of active well-being seems to empower those around him.

Colón, who is now in the top tier of New Mexico governance is, in 107 years, the second constitutional official in the state of New Mexico who is Jewish, following Governor Arthur Seligman (1931-1933). He is also of Puerto Rican descent. 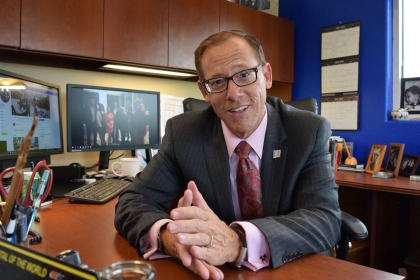 What is your affinity for the Jewish community?

My affinity is that I’m Jewish. I went to Hebrew school at B'nai Israel under Rabbi Celnik. My mother was Jewish: my grandfather was a Sephardic Jew, so his lineage goes back to Spain, and my grandmother was Ashkenazi. My connection to Puerto Rico is my father's side of the family.

My parents moved out here from New York essentially under the cover of night. We didn't have any family out here in New Mexico, so we were an island unto ourselves, and I had two parents who were disabled—my father had muscular dystrophy so he was very sick.

My father was disabled and my mother was disabled as well. Before he got very sick he was a chef. When I was about 10 years old my parents bought some land and opened up a flea market in Bosque Farms—40 years later it's still there. I went to Daniel Fernandez Elementary in Las Lunas and ultimately graduated from Los Lunas High School in 1988.

Growing up in Las Lunas, Colón said he was picked on—but not because he was Jewish—

Believe me, I was a heavyset, red-headed freckle-faced kid—I got picked on. But you know what I can say? I never got picked on because I was Jewish. It's interesting—I never thought about it till this very second; I was bullied a lot, but it was always for my weight, my glasses, and my freckles and red hair. But being Jewish was more of a novelty down there, it was the one thing that made me different and kind of cool, because the vast majority of students were Catholic and I was this Jew kid.

I was asked to put the Hebrew alphabet on the chalkboard, and to go around to classes and talk about the difference between Yom Kippur and Rosh Hashanah, because I was the only Jew in the school. That's part of who I am, that diversity, having grown up being different—and knowing that that difference is also what makes me special.

Ultimately the doctors thought the altitude in New Mexico was making the disease progress more rapidly, so having watched my father deteriorate before my very eyes, when I graduated from high school they made the tough choice to leave New Mexico. They went to Florida to be at sea level and I made a choice after graduation that I wasn't going with them because I had received an opportunity to go to New Mexico State University.

And my dad's dream was that I'd be the first in my family to go to college and maybe break that cycle of poverty that he had known for so long, and as I sit here today I'm grateful that I was able to do that.

When my family left, when I was at New Mexico State University, I was again an island unto myself. I didn't have a single blood relative in New Mexico at that point.

But the community filled the gap and supported me on my journey and we were the beneficiaries of every government program you could imagine, whether it was Section 8 housing, commodities, financial aid, Pell grants, student loans, all those things that allowed me to eventually graduate from New Mexico State University.

It would take Colón ten years to complete his undergraduate coursework, being completely on his own, working to pay his way through school. Graduating in 1998 with a degree in finance, he then immediately went on the University of New Mexico School of Law and graduated in 2001.

The best part of my story I think is now that one generation out from that poverty, one such generation out from section 8 housing and commodities, my son is a very proud Albuquerque High Bulldog who graduated and went on to get a presidential scholarship at George Washington University, where he is studying biomedical engineering in Washington D.C., and is on track to graduate next year. That's got to be the best part of my story.

Colon paused in his non-stop delivery and pointed to a small framed photo across from his desk,

There is a picture of my dad and me a couple years before he passed. In terms of poetry, I buried my father when he was 49 years old and, that's exactly the age I was when I took office, entered into public service, so it's been a powerful year for me and a year of real gratitude.

You’ve built bridges between the Jewish community and Hispanic leaders, as well as most recently the office of newly elected U.S. Congresswoman Debra Haaland?

I'm a very, very big fan of Congressman Haaland's and have been a friend of hers for a very long time, and so it was important to me that that she had a good open dialogue with the Jewish community and understood the history and the story of the Jewish people and the State of Israel.

I’m a member of AIPAC and participate in the Hispanic leaders group who engage with AIPAC. Recently, we did a combined trip to Puerto Rico with some of the Hispanic leaders that have engaged with AIPAC. A group of us engaged with IsraAID, it's an Israeli-based humanitarian NGO (Non-governmental organization) and it's one of the only NGOs that is still left on the ground since the hurricane hit Puerto Rico in 2017. Other aid groups went in and then left, but IsraAID stayed. We went and worked on a water system and engaged with the community and had some great dialogue.

I stay engaged in Jewish organizations whether it's the brotherhood at B'nai Israel, I still go to their events and breakfasts, whether it’s the Federation, supporting their events, and I’m very engaged and supportive of the work of building the New Mexico Holocaust and Intolerance Museum. I've emcee’d their annual gala and engaged with their exhibits. 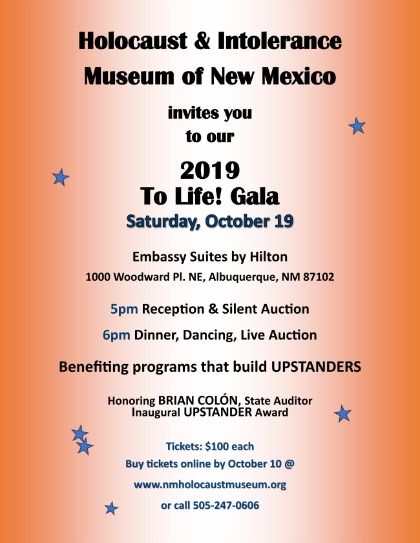 They just received a substantial capital outlay from the legislature this year to start working towards a stand-alone museum. Their president, Victor Raigoza, leaned in, a lot of the políticos are familiar with Victor and his advocacy—he and his board did a great job, a lot of people worked hard on that. And, I’m a big fan of Rabbi Citrin, and Rabbi Rosenfeld is one of my spiritual guides. My engagement in terms of the Jewish community is a real source of pride for me.

Colon is well-known for his civic involvement in mentoring hundreds of young people.

I love mentoring young professionals, women and men who like to tell me where they are today and where they want to be tomorrow, and my job is to help them get there. What I do is I share my life experience with them and I try and leverage all my resources for their benefit. There is nothing that makes me happier.

For me this office is really about accountability, transparency and excellence in government.
Waste, fraud and abuse doesn’t have a party affiliation.

By the end of his term as state auditor, he hopes “that we have increased people’s trust in government. That public trust is sacred."

How does he feel about Freedom of Information Act requests?

Love them, love them. Anything that's not under current investigation I'm happy to give anyone, anytime, any day. I've been a member of FOG ( New Mexico Foundation for Open Government) for years, (co-founder) Bill Dixon was a mentor of mine. 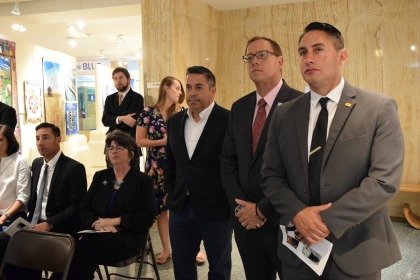 Colón has twenty years of activity in politics. He served as Democratic state party chair, then ran for Lt. Gov. and won the Democratic primary but the Diane Denish / Colón ticket lost the general election to Susana Martinez; he then ran for mayor. So, is he interested in national politics?

I have no desire to serve in Washington, D.C. I love New Mexico. And now, after 149 days in office, I could very easily see myself asking the voters to give me a chance at a second term if I’ve done a good job. There is a lot of work that needs to be done and it's very rewarding.


Now, be sure to mention in your article that the tool that I get to use to restore people's faith in government is the Fraud Hotline.

Tips and calls to our office are up 30% over last year. Make sure that folks know they can report waste fraud and abuse through our hotline: