Dip Your Apple In The Honey: It's Rosh Hashanah! And, as we begin a New Year, please remember - as Rabbi Adam Rosenbaum of Synagogue Emanu-El in Charleston, South Carolina has taught us -


Those of you, Abq Jew's loyal readers, who watched the Emmys on Sunday night already know about this. And those of you who did not watch have surely heard the news about this display of Jewish pride.


(CNN) - Much like the character she plays on Amazon's "Marvelous Mrs. Maisel," Alex Borstein's second consecutive Emmy Awards acceptance speech for supporting actress in a comedy was funny with an undercurrent of seriousness.

The actress, who plays the determined and opinionated manager Susie Myerson on the period drama, began her speech by referencing her win for the role last year -- one she accepted bra-less. She joked that this time, she'd skipped her underwear and issued a warning to the cleaning crew that she's quite sweaty.

Her speech took a turn when she then thanked both her mother and grandmother, both of whom are Holocaust survivors.

"My grandmother was in line to be shot into a pit," Borstein told the audience. Because she asked a guard "what happens if I step out of line?" and he responded "I don't have the heart to shoot you, but somebody will" -- and then no one did -- the actress said "I am here and my children are here."


It was certainly a moving story, and a powerful exhortation for women (and for all of us, really) to 'step out of line.' The story makes those of us who believe we are 'stepping out of line' feel good about ourselves. And 'Step out of line!' is a superlative slogan that can inspire us all to action and activism. 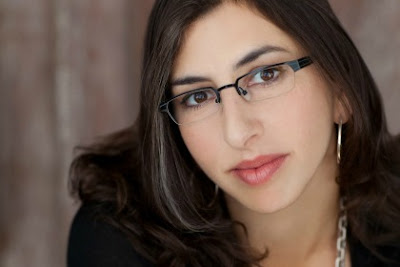 But Rabbi Danya Ruttenberg (who has more than 84,000 followers on Twitter, one of whom is Abq Jew) reminds us that "it’s important to put a powerful story in context of the larger system of brutality in effect." She tweeted:


A lot of the people who stepped out of line in the Holocaust were murdered. Sometimes the ones who didn’t were the ones who made it out. They were all brave. 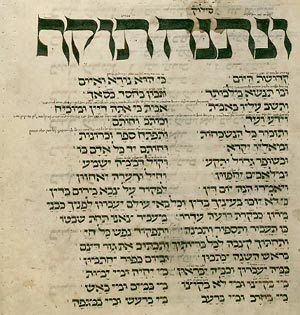 In the Unetanah Tokef (see Who Shall Live?) which we chant on Rosh Hashanah and Yom Kippur, we proclaim


As a shepherd herds his flock,
directing his sheep to pass under his staff,
so do you, LORD, pass, count,
and record the souls of all living,
and decree a limit to each person's days,
and inscribe their final judgment
On Rosh Hashanah it is inscribed,
and on Yom Kippur it is sealed -
How many shall pass away,
and how many shall be born
Who shall live and who shall die

Oy! If only it were that simple! In the Holocaust, those whose names shall be blotted out created a world in which:

Those cursed others created a world of chaos and terror. A world of chance, in which it was impossible to know which (if any) course of action could possibly save you, your family, your friends.

On the High Holy Days, we Jews pray - most of all - for a world of order and tranquility. A world where good deeds are rewarded and bad deeds are punished. Hopefully, in this world, while we live - but we'll wait until Olam HaBa if we must.