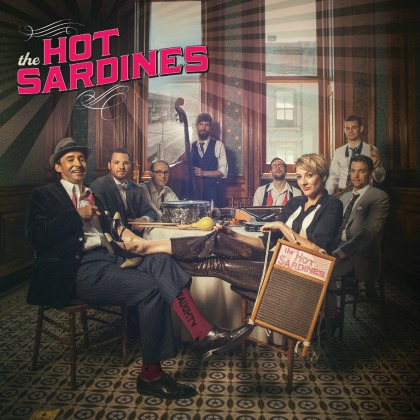 In case you (like Abq Jew) didn't know, Wikipedia tells us -

Although hailed as "the charismatic front-runners of vintage jazz," the Sardines paradoxically emphasize both authenticity and irreverence in their performances.

According to Palazzo, the Sardines do not treat jazz music "with kid gloves, or place it on a pedestal to preserve and adore" and instead play "as if these songs were written this morning, for today's generation."

Over time, the Sardines have assembled a unique repertoire with "a sound and a style that are distinctly their own."Their distinctive style has been described by music critics as "wartime Paris by way of New Orleans" while firmly rooted in the "here and now."

Oh - and they're on tour now! Supporting their newest album, Welcome Home, Bon Voyage, the Sardines'll be in Denver on November 20 ... and (חבל) that's about as close as they'll come to the Land of Enchantment. 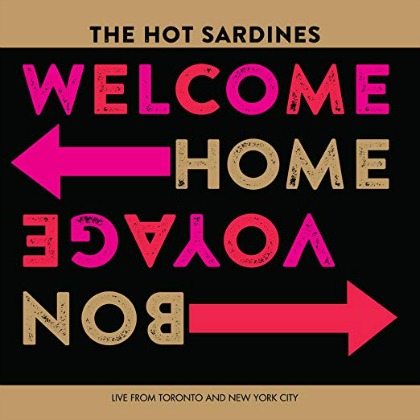 Bei Mir Bistu Shein is, of course, "the world's best-known and longest-reigning Yiddish theater song of all time."


Bei Mir Bistu Shein" (Yiddish: בײַ מיר ביסטו שיין‎, [ˌbaj ˈmir ˌbistu ˈʃejn], "To Me You're Beautiful") is a popular Yiddish song written by Jacob Jacobs (lyricist) and Sholom Secunda (composer) for a 1932 Yiddish language comedy musical, I Would If I Could (in Yiddish, Men Ken Lebn Nor Men Lost Nisht, "You could live, but they don't let you"), which closed after one season (at the Parkway Theatre in Brooklyn, New York City).

The score for the song transcribed the Yiddish title as "Bay Mir Bistu Sheyn". The original Yiddish version of the song (in C minor) is a dialogue between two lovers. Five years after its 1932 composition, the song became a worldwide hit when recorded under a Germanized title as "Bei Mir Bist Du Schön" by The Andrews Sisters in November 1937.

Click here to learn more about the F Train than you ever wanted or needed to know. Alas, Mr & Mrs Abq Jew didn't get a chance to ride the F Train during their recent Long Island visit - they stayed on Long Island. 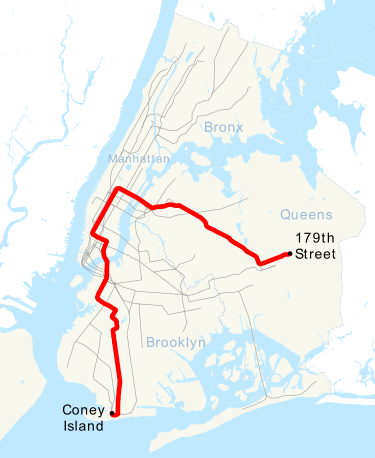 But The Hot Sardines made their video
while riding the old-time F Train's ancestor! 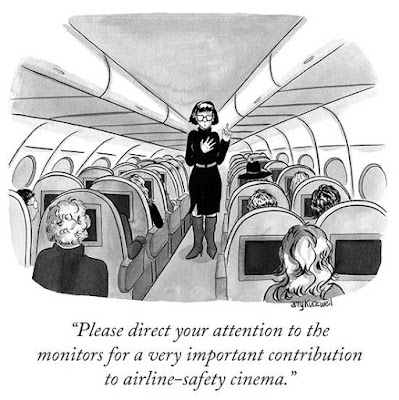