Fish, Spiders, and the United States Air Force: Here is what Abq Jew has learned, over the years, about haberdashery: 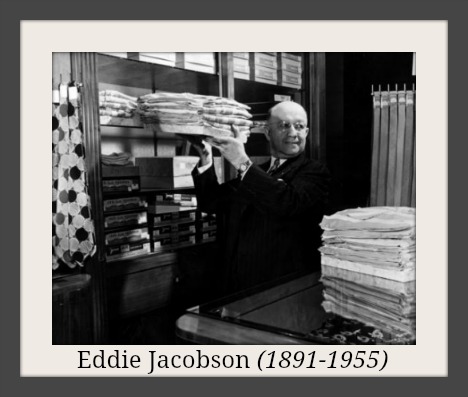 Don't laugh at it.

Haberdashery, after all, helped bring about US support for the new State of Israel.


Enter one of the strange stories of history. President Truman had served as an artillery captain in World War I, and one of the members of his battalion was a Jewish man named of Eddie Jacobson. After the war, the two of them went into an unlikely partnership and opened a haberdashery store in Kansas City.

The store went bankrupt after three years, but Truman and Jacobson remained loyal friends, which is unusual in itself. Partners who undergo bankruptcy don’t usually enjoy each other’s company afterward.

The Zionist leader Chaim Weizmann, who was by then old and half-blind, traveled to the U.S. to try and see Truman to get him to reinforce American support of the partition plan. Truman refused. The Jewish leadership put on whatever pressure it could, but to no avail. Truman would not see Weizmann.

Then the Jews sent in Eddie Jacobson. It’s been written in Truman’s memoirs and many, many other places. Jacobson said, “Mr. President, Harry, you’ve got to do me this one favor. See this tired, old man. He’s come halfway across the world to see you. Just give him a few minutes of your time.” And Truman reluctantly agreed.

Weizmann was a great diplomat. He told Truman, and “You have the opportunity of the ages. If you’ll stay strong now, you’ll go down in history for all eternity.”

And Truman was impressed by it, and he called Warren Austin at the UN to inform him of American policy. For added drama, when the call came, Austin was in the middle of a speech about how America was backing out of the partition plan.

But when he returned from the phone call, he said, “President Truman has instructed me that the United States supports in full the partition plan as adopted by the United Nations and will work to see it implemented.” 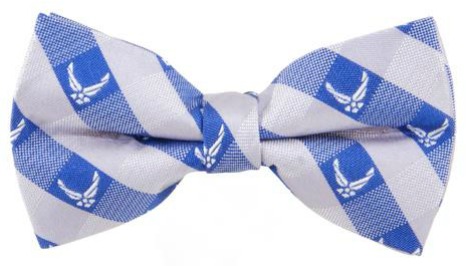 And ties. USAF bowties, like the two pictured here (really snazzy, aren't they?) - which Abq Jew cannot tie - and regular USAF neckties, which he can. What's that Abq Jew just said about swag (including, more specifically, haberdashery)? 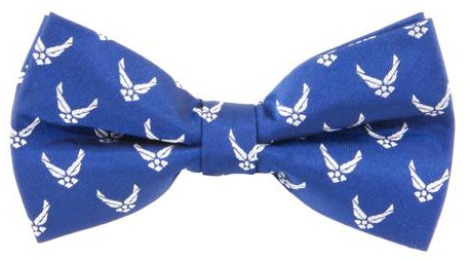 Don't laugh at it.

A necktie, as it turns out, is often used and seen as a sign of membership. Diagonally striped ties are most common. But ...


[a]n alternative membership tie pattern to diagonal stripes is either a single emblem or a crest centered and placed where a tie pin normally would be, or a repeated pattern of such motifs.

Sometimes, both types are used by an organization, either simply to offer a choice or to indicate a distinction among levels of membership. Occasionally, a hybrid design is used, in which alternating stripes of color are overlaid with repeated motif pattern.

As one example, Abq Jew proudly introduces you, his loyal readers, to but one example of a United States Air Force logo tie. 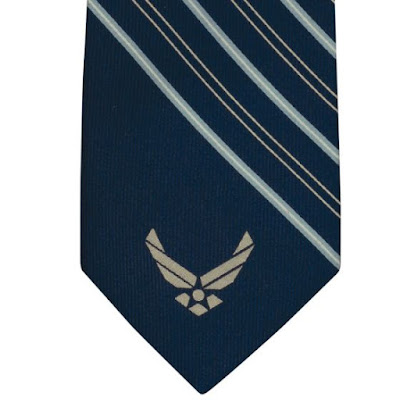 So. Abq Jew is sure you are wondering -
What's the big deal with the USAF and haberdashery?
Get ready! Here we go! 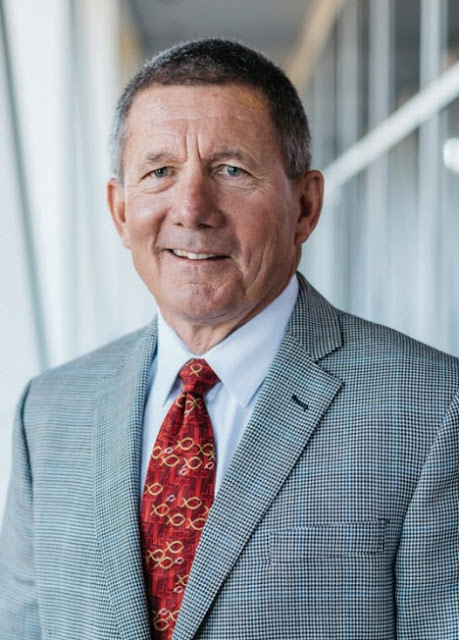 The big deal about the USAF and haberdashery is this:


The fish tie that the former US Air Force Academy
Superintendent, Lt Gen Mike Gould,
chose to wear for a photo op.

But not for just any photo op.

For a photo used in the Association of Graduates' Checkpoints publication in December, in an article in which he was introduced as the new CEO of the AOG's sister organization, Air Force Academy Endowment. (He was hired in August.)

And not just any fish. 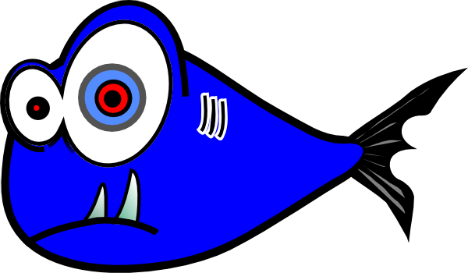 It wasn't this kind of fish.
As you can see from the photo. 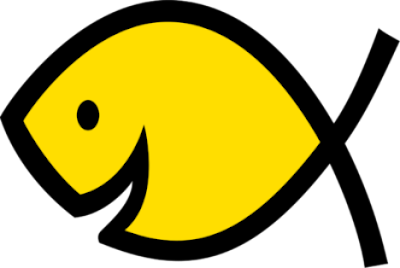 It was more like this kind of fish.
But not smiling.

We Jews know herring and carp, whitefish and pike. And (of course) Gefilte the Fish. But just in case we don't recognize this symbolic fish, Christianity Today tells us


The Greek word for fish is "ichthys." As early as the first century, Christians made an acrostic from this word: Iesous Christos Theou Yios Soter, i.e. Jesus Christ, Son of God, Savior. The fish has plenty of other theological overtones as well, for Christ fed the 5,000 with 2 fishes and 5 loaves (a meal recapitulated in Christian love-feasts) and called his disciples "fishers of men."

Water baptism, practiced by immersion in the early church, created a parallel between fish and converts. Second-century theologian Tertullian put it this way: "we, little fishes, after the image of our Ichthys, Jesus Christ, are born in the water."

Greeks, Romans, and many other pagans used the fish symbol before Christians. Hence the fish, unlike, say, the cross, attracted little suspicion, making it a perfect secret symbol for persecuted believers. When threatened by Romans in the first centuries after Christ, Christians used the fish mark meeting places and tombs, or to distinguish friends from foes.

According to one ancient story, when a Christian met a stranger in the road, the Christian sometimes drew one arc of the simple fish outline in the dirt. If the stranger drew the other arc, both believers knew they were in good company. Current bumper-sticker and business-card uses of the fish hearken back to this practice. 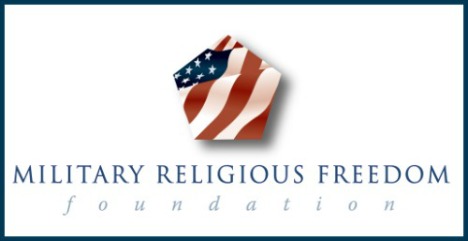 Now, Abq Jew loves fish as much as the next guy. Probably more. And when it comes to fish, Mikey Weinstein (see Onward, Christian Soldiers), of the Military Religious Freedom Foundation, probably hasn't got a bone to pick either.

But Mikey represents folks - including Christians - who look with disfavor at the distinctly Christian symbol of the fish being used in an official photo by the USAF.

In fact, Mikey's response to Lt Gen Gould's photo - and where it appeared - was 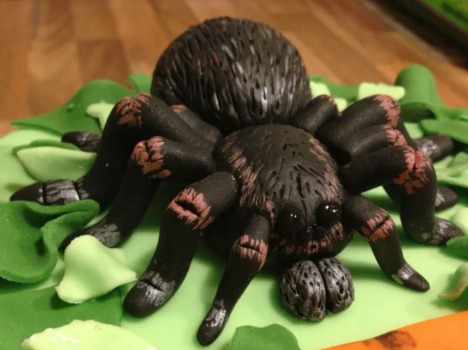 "This is one of the most blatant things we've seen.
That tie stood out like a tarantula on a wedding cake."

Let Abq Jew be clear: Wearing that fish tie was not simply a proclamation of religious faith. It was a statement about membership in the Christian club. It was markedly exclusive, distinguishing friends from foes, when the photo op and the United States Air Force should demand inclusivity.

Now, you should be aware that there's plenty of history here between the MRFF and Lt Gen Gould; this was, by far, not an isolated incident.

And Mikey, as we might expect, raised a ruckus, which you can read more about on the MRFF website, and - especially - in Pam Zubeck's March 7, 2018 article in the Coloroado Springs Independent.


But here is what everbody's talking about: Did you know that The Jews - especially those pesky Rothschilds - control the weather? As Abq Jew says of haberdashery -

Even though The Forward's Jenny Singer has gone to great lengths to prove the ridiculousness of the theory propounded over the weekend by Trayon White, a Washington, DC council member.

Has Abq Jew mentioned that Mikey Weinstein and the MRFF often receive hate mail? Of course he has! See Onward, Christian Soldiers and You've Got Hate Mail!, et al.

Here is part of one email that Mikey received in response to his calling out the United States Air Force Academy about Lt Gen Gould's fish tie.

We can’t help but notice how you attacked General Michael Gould the new CEO of the AF Academy Endowment. You did this only because he is principled disciple of the Lord Jesus Christ and proudly wore a symbol of His servant leadership on his necktie. Only an evil hellbound soul could do what you did.

Got Satan Mikey? Because he surely has you.

Your hatred of the Academy and Jesus is of legendary evil and puts a smile on the face of the one you serve, The Dark One.

Why it is that you and your family of Christ haters and your satanic MFRF organization are so hateful towards those who worship the One True God and His Son is beyond me, but you better know one thing for sure.

When your time comes to face Jesus Christ He will not forget your savagery against General Michael Gould and all the rest of your crimes against Christendom. You will burn and rot in hell with those same jews who crucified The Lord Jesus Christ 2000 years ago.

My husband and I may send you a special necktie with just the flames of hell on it.  Good to know where you are going.

You are a disgrace to the AF Academy just as you are the apple of Satan’s eye.

And then there's this email.

Mikey Weinstein is evil along with everyone in the world who does not call on the name of Jesus Christ is deemed evil and lost according to scripture. Scripture says that we are all enemies of God until we accept Christ as Lord and Savior.

So all those “so called Christians”, Muslims, Catholics, Jews who follow Mikey and the MRFF are all evil if they are not following Christ. And yes, if they die without Christ, then yes they will experience the flames of hell forever and forever and forever with no end. 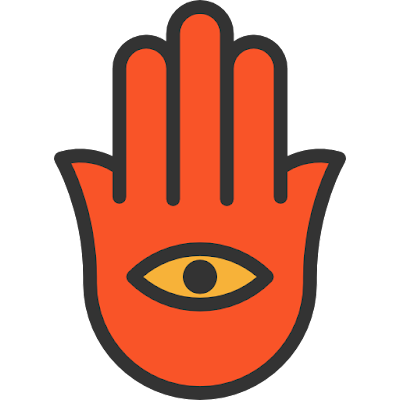 But let's just stop for a minute.
And try to stay away from theology.

Because the Military Religious Freedom Foundation is not about theology.

If you - that's you, Lt Gen Mike Gould - want to believe that all non-Christians are doomed to an eternity in Hell, presumably after death -

Go in good health! Believe what you want! 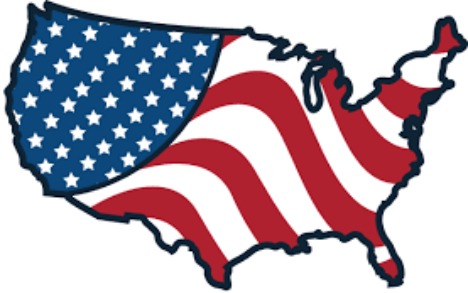 You represent all of us.

Which, of course, reminds Abq Jew of an old joke. Which, you know, is the only kind that Abq Jew can remember. Which you can tell about any religious denomination in the world. Just [fill in the brackets].

A man goes to heaven, and an angel shows him around.

They go past one room, and the man asks: "Who are all those people in there?" "They are the [religious denomination]," says the angel.

They pass another room, and the man asks the same question. "They are the [religious denomination]," says the angel.

As they're approaching the next room, the angel says: "Take your shoes off and tiptoe by as quietly as you can."

"The [religious denomination]," says the angel, "and they think they're the only ones up here."

Abq Jew says: No religious denomination is the only one up there. 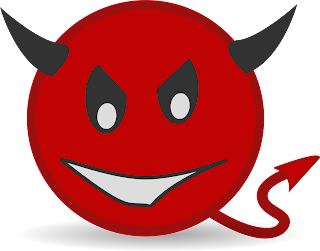 Now, about that Mikey is evil thing. Abq Jew strongly objects, and says to Mikey: 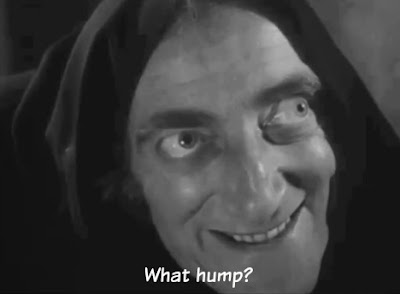 You know, we Jews are rather brilliant surgeons
[except for those who are lawyers or bankers].
Perhaps we can help you with that hump.

Oh, alright ... Maybe we should stop fighting and arguing. 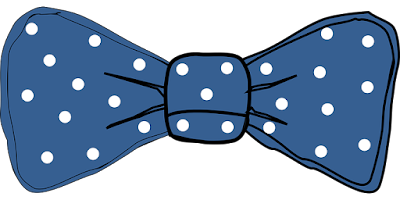 Let's call it a tie.

Mikey's energy has been inspirational for me; and has raised in me the hope that people will not always see what I saw more and more of during my service. Like a (epithet removed), some folks just can't stop offending. They don't do it just because they are emboldened by the system. They do it because they have a deep character flaw to celebrate. Mikey, I hope that you live long and well, and that you keep calling them out. Sunshine is the best medicine.

*PLOP*
That was my ass. I just laughed it off, which is kinda weird as I was right in the middle of being infuriated...