Forgotten At The Library

Of Burnt Books: Do you remember the pure joy, the immense pleasure, the awesome power you felt when you received your very first library card from your local library? 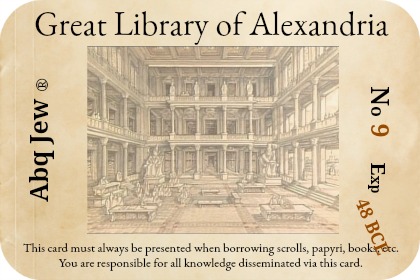 So, you may ask: What ever happened to Alexandria's Great Library? The Ancient History Encyclopedia tells us:


The infamous destruction by fire of the Library of Alexandria, with the consequent loss of the most complete collection of ancient literature ever assembled, has been a point of heated debate for centuries.

What exactly happened to this amazing storehouse of ancient knowledge, and who was responsible for its burning?

The prime suspect in [the] destruction of the Library of Alexandria is Julius Caesar. After Caesar's death it was generally believed that it was he who had destroyed the Library.

So - was it JC (see Beware Already)? That would have been around 48 BCE. There is no one left for us to interrogate. And there are other theories of the crime, other persons of interest.


The truth? Unknown. Or forgotten.


And then there was the fire that devastated the Los Angeles Central Library on April 29, 1986. Don't remember it? Neither does Abq Jew, who was living in Aberdeen, New Jersey at the time.

First of all - it was Passover! We were celebrating! Local (and national) news barely mentioned the fire. And - wasn't there something else going on just then ...? Like ...

Oh yeah, Chernobyl. But let's go back to the LA Library fire.

To refresh our memories of what happened, here is the beginning of Carolyn Kellogg's October 2018 review of Susan Orlean's newest, The Library Book. From the LA Times, of course.


Must Reads
Who started the 1986 fire at the Los Angeles Library? Susan Orlean investigates in her new book
Curiosity is Susan Orlean’s superpower.

Hundreds of L.A. firefighters fought the devastating fire.at downtown’s Central Library on April 29, 1986. Thousands of people contributed to the Save the Books campaign afterward. Millions heard the news that the library was burning and then that it was caused by arson.

But more than three decades later, only Orlean was asking who did it and why, and wondering whether anyone today should care. In a reverse “Fahrenheit 451,” Orlean took a fire and turned it into a book.

Titled — aptly and ingeniously — “The Library Book,” it tells the story of the mysterious fire that burned 400,000 books while also tracing Orlean’s love of libraries, from trips with her mother to taking her son. Along the way, she relates the unexpectedly colorful history and future of the L.A. Public Library. 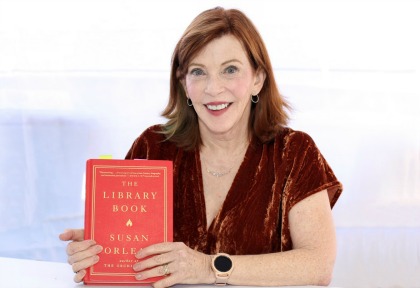 Abq Jew first learned of Susan Orlean's new book from (you guessed it!) The New Yorker. Wherein, also in October 2018, was published an adapted excerpt from "The Library Book."

And Abq Jew is just now beginning to read "The Library Book." Wherein he found a most powerful exposition of the power of memory and the fear - everyone's fear - of being forgotten.

It turned out that these paragraphs were among those selected for The New Yorker's article. Which begins:


Personal History
Growing Up in the Library
Learning and relearning what it means to have a book on borrowed time.

I grew up in libraries, or at least it feels that way.


Susan Orlean describes the pure joy, the immense pleasure, the awesome power she felt when visiting the library, as a child, with her mother.


I found myself wondering whether a shared memory can exist if one of the people sharing it no longer remembers it. Is the circuit broken, the memory darkened?

My mother was the one person besides me who knew what those gauzy afternoons had been like. I was writing about libraries because I was trying hard to preserve those afternoons.

I convinced myself that committing them to a page would save the memory of them from the corrosive effect of time.

The idea of being forgotten is terrifying. I fear not just that I, personally, will be forgotten but that we are all doomed to being forgotten; that the sum of life is ultimately nothing; that we experience joy and disappointment and aches and delights and loss, make our little mark on the world, and then we vanish, and the mark is erased, and it is as if we never existed.

If you gaze into that bleakness even for a moment, the sum of life becomes null and void, because if nothing lasts nothing matters.

Everything we experience unfolds without a pattern, and life is just a baffling occurrence, a scattering of notes with no melody. But if something you learn or observe or imagine can be set down and saved, and if you can see your life reflected in previous lives, and can imagine it reflected in subsequent ones, you can begin to discover order and harmony.

You know that you are a part of a larger story that has shape and purpose—a tangible, familiar past and a constantly refreshed future. We are all whispering in a tin can on a string, but we are heard, so we whisper the message into the next tin can and the next string.

Writing a book is an act of sheer defiance. It is a declaration that you believe in the persistence of memory.

The writer Amadou Hampâté Bâ once said that, in Africa, when an old person dies, it is like a library has been burned. When I first heard the phrase, I didn’t understand it, but over time I came to realize that it was perfect.

Our minds and our souls contain volumes inscribed by our experiences and emotions; each individual’s consciousness is a collection of memories catalogued and stored inside, a private library of a life lived. It is something that no one else can entirely share; it burns down and disappears when we die.

But if you can take something from your internal collection and share it—with one person or with the larger world, on the page or in a story told—it takes on a life of its own. 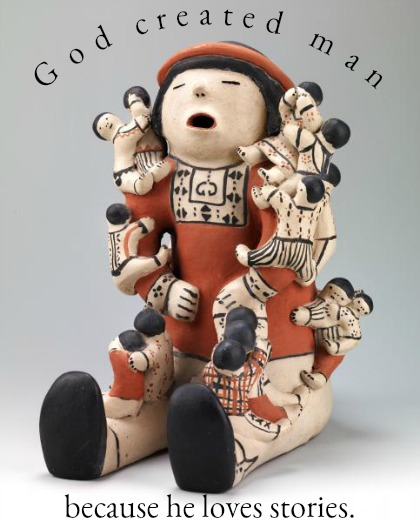 For those who are especially curious, here is a bit of Susan Orlean's story. Yes, she's a MOT. Betcha didn't know that!


Susan Orlean (born October 31, 1955) is a journalist and author. She has been a staff writer for The New Yorker since 1992, and has contributed articles to many magazines including Vogue, Rolling Stone, Esquire, and Outside.

She is best known as the author of the 1998 book The Orchid Thief, which was adapted into the film Adaptation (2002). Meryl Streep received an Academy Award nomination for her performance as Orlean.

Her mother's family is from Hungary and her father's family from Poland. Her father was an attorney and businessman. 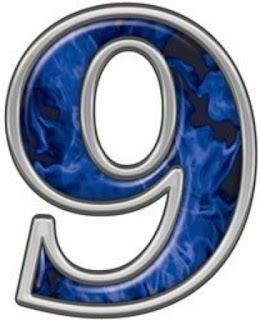 We Jews are about to enter the Nine Days of melancholy - beginning with Rosh Hodesh Menachem Av (see Consoling The Father and May Father Find Comfort, et al) - leading up to the Black Fast of Tisha B'Av. It is a time when we remember the fire and destruction of those terrible days.

During these days, as Jerusalem is being rebuilt, it is that promise of full redemption which makes this period one of hope and anticipation.

We Jews go on telling our stories. We defiantly and exuberantly write books (and even blogs!), for we are the People of the Book. And we will forever believe in the persistence of memory.


Everything matters, for something always lasts.