With Dance and Song: Following Tisha b'Av, there are seven prophetic readings of consolation - starting with Shabbat Nachamu (this week), and all from Isaiah - that comfort us and prepare us for the upcoming High Holy Days.

But you, Abq Jew's loyal readers, already know that (see Shabbat Nachamu: That Thing You Do! et al)! So let's talk instead about the prophet Zechariah.

The fasts of the fourth, fifth, seventh and tenth months [Tisha B'Av and all related minor fasts] will be transformed into joyful and glad occasions and happy festivals for Judah.

To which Abq Jew must answer (he must! he must!): 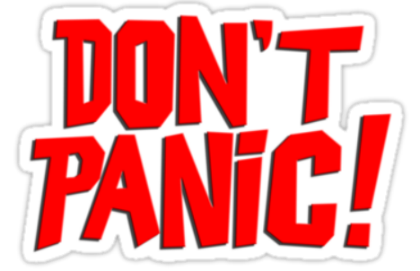 Others wiser and faster and abler to sing in four-part harmony have gone before Abq Jew, and they have figured it out. Here is how: Boney M.


Boney M is a Euro-Caribbean vocal group created by German record producer Frank Farian. Originally based in West Germany, the four original members of the group's official line-up were Liz Mitchell and Marcia Barrett from Jamaica, Maizie Williams from Montserrat, and Bobby Farrell, a performing artist from Aruba. The group was formed in 1976, and achieved popularity during the disco era of the late 1970s. 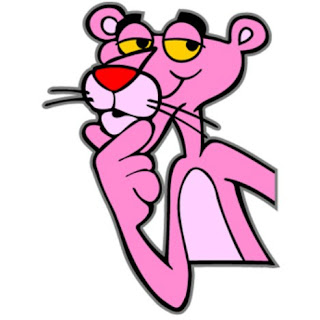 Here are a few things that may help explain, clarify, and otherwise decode the song we have just heard. If you have not listened to the song (i.e., watched the video), Abq Jew strongly encourages you to do so now. Really. It's cool.

Boney M Music Video
Rivers of Babylon is a Rastafari song written and recorded by Brent Dowe and Trevor McNaughton of the Jamaican reggae group The Melodians in 1970. The lyrics are adapted from the texts of Psalms 19 and 137 in the Hebrew Bible.

The Melodians' original version of the song appeared on the soundtrack album for the 1972 movie The Harder They Come, which made it internationally known.

The song was popularized in Europe by the 1978 Boney M cover  version, which was awarded a platinum disc and is one of the top-ten all-time best-selling singles in the UK.


Psalm 137
By the Rivers of Babylon

Psalm 137 is the 137th psalm of the Hebrew Book of Psalms. The Greek Septuagint version of the Bible, and the Latin Vulgate, call this Psalm 136.

In English it is generally known as "By the rivers of Babylon", which is how its first words are translated in the King James Version.

After Nebuchadnezzar II's successful siege of Jerusalem in 597 BCE, inhabitants of the Kingdom of Judah were deported to Babylonia, where they were held captive until some time after the Fall of Babylon (539 BCE).

The rivers of Babylon [in case you slept through that lecture] are the Euphrates river, its tributaries, and the Tigris river.

Rabbinical sources attributed the poem to Jeremiah [look! another prophet!]. The Septuagint version of the psalm bears the superscription: "For David. By Jeremias, in the Captivity."

We all know this psalm, because we sing it all the time! It's the introduction to the weekday Birkat HaMazon!

(Actually, Abq Jew doesn't know anyone who actually sings it, reads it, or even looks at Psalm 137 before bentching on a non-Shabbat non-holiday.)

Psalm 19 is the 19th psalm in the Book of Psalms. Except (of course) in the Greek Septuagint version of the Bible, and in the Latin Vulgate, where this is Psalm 18.

In English it is generally known as "The heavens declare the glory of God; and the firmament sheweth his handywork", which is how its first words are translated in the King James Version.

Psalm 19 is recited in its entirety during the Pesukei deZimra of Shabbat and Yom Tov. [JFKs (see In Honor of the JFKs) may not know this.] Verse 15 (see above) is recited during the closing to the Amidah.

Rastafari, also known as Rastafarianism, is an Abrahamic religion that developed in Jamaica during the 1930s. Scholars of religion and related fields have classified it as both a new religious movement and a social movement.

There is no central authority in control of the movement (Abq Jew likes it already!) and much diversity exists among practitioners, who are known as Rastafari, Rastafarians, or Rastas.


Rastas refer to their beliefs, which are based on a specific interpretation of the Bible, as "Rastalogy". Central is a monotheistic belief in a single God—referred to as Jah—who partially resides within each individual.


Haile Selassie, the Emperor of Ethiopia between 1930
and 1974, is given central importance.

Many Rastas regard him as an incarnation of Jah on Earth and as the Second Coming of Jesus Christ, another figure whom practitioners revere. Other Rastas regard Haile Selassie not as Jah incarnate but as a human prophet who fully recognized the inner divinity in every individual.

Rastafari is Afrocentric and focuses its attention on the African diaspora, which it believes is oppressed within Western society, or "Babylon".

Many Rastas call for the resettlement of the African diaspora in either Ethiopia or Africa more widely, referring to this continent (everyone's homeland) as the Promised Land of "Zion".

Since Rivers of Babylon is based upon Psalms 19 and 137, one might think that the song is about the Children of Israel and the Land of Israel, as we Jews understand them. However, one would be wrong.

That's because the Rastafari song Rivers of Babylon is all in code. Zion refers to Ethiopia (or, more generally, Africa). Babylon refers to the Western world. And then there's Haile Selassie.

And not only is the song all in code - it's in toned-down (for the non-Rastafari) code.


The Rastafarian language was excised from the lyrics for the Boney M version.

Although the group performed an early mix of the song on a German TV show and sang "How can we sing King Alpha's song" [referring to Haile Selassie] as in the Melodians version, it was changed to "the Lord's song", restoring the original, biblical words, in the versions that were to be released.

To fit the meter, "O Far-I" became "here tonight" rather than the original, biblical "O Lord".

Abq Jew was ... researching ... on YouTube, looking for still more versions of Rivers of Babylon to share with you, his loyal readers. And came upon this - a wonderful dance remix of Boney M's disco version.

The dancers appear to be part of Rock that Swing, "The Extraordinary Boogie and Swing Festival [and Dance Camp]" held in Munich, Germany.

WARNING: This is a dance remix. It is impossible (at least, for Abq Jew) to tell what music they are actually dancing to.


But who cares? The dancing is just too good!


But back to Zechariah. Who told us (see top) that - sometime in the future (speedily, in our days!) -

The fasts of the fourth, fifth, seventh and tenth months will be transformed into joyful and glad occasions and happy festivals for Judah.

Zechariah closes that verse with an admonition that still speaks to us today.

And may we soon dance and sing on Tisha B'Av. 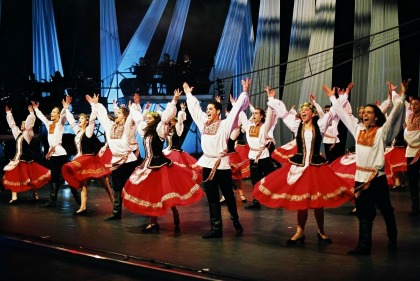