We Remember Every Day

The 1919 Lag B'Omer Pogrom: The photograph immediately catches the eye ... and then the soul. Abq Jew saw it on the Facebook page of the Jewish Genealogy Portal, and was compelled to tell the story. 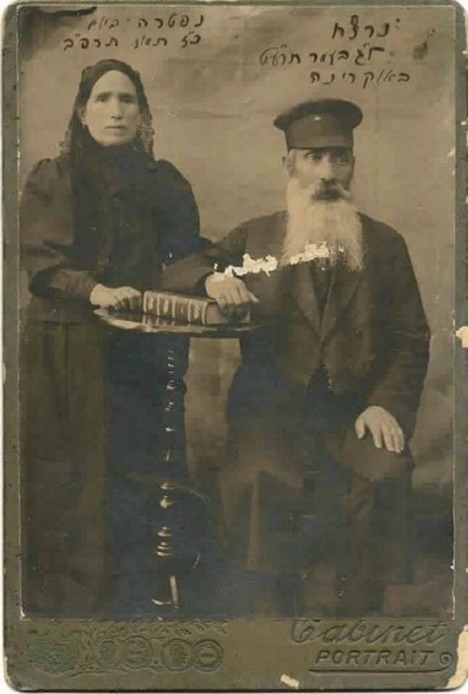 The couple pictured - she standing, he sitting - are not, as far as he knows, members of Abq Jew's family. A member of the Jewish Genealogy group posted the photograph, with the not unusual request for help in translating the handwritten captions.

And before Abq Jew had even seen the photo and request, others - many others (how does this happen?) - had already responded. One wrote:

And then someone asked: 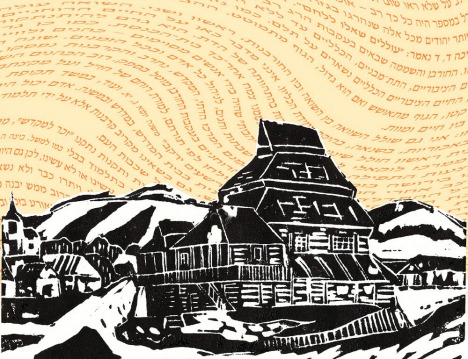 Abq Jew, of course, wanted to know more - about the town, about its Jews, and about what happened to them. Wikipedia (English) tells us:


Pohrebyshche (Ukrainian: Погребище) is a small city in Vinnytsia Oblast, Ukraine. It is the administrative center of Pohrebyshche Raion (district) in western Ukraine. Pohrebyshche is situated near the sources of the Ros River. Population: 9,765 (2015 est.)

The town is very old and origin of its name is not clear. Pohreb means a big cellar in Ukrainian. On another hand Pohrebaty can be interpreted as to perform a burial.

According to a legend, put down by Ukrainian ethnographer Pokhilevich, before Mongol invasion of Rus, during the times of Kyiv the town was called Rokitnya. Mongols level the town leaving only the cellars.

The town had a substantial Jewish population before the Communists took over. There were periodic pogroms before then and raids by the Bolsheviks before Lenin's definitive consolidation of power. In 1928, the large Synagogue was converted into a Workmans Club.

The remaining Jews were murdered during the Second World War by the Nazis and local fascists.

But Wikipedia (Hebrew; with Google Translate) tells us even more about the Jews of Pohrebyshche:

During the Russian Civil War , in 1919, two deadly pogroms took place in the town.

On May 18 [Lag B'Omer], Red Army soldiers killed about 400 Jews in the town, and between August 18 and 21, Ukrainians murdered about 350 other Jews, injuring about 100. During the Soviet period there was a Jewish state council and a Yiddish school in the town.

On July 21, 1941, during Operation Barbarossa, the town was occupied by the Germans, and in a few days they executed a few dozen Jews, aided by Ukrainian policemen. On October 18, 1941, about 1,300 Jews from the town were rounded up by Ukrainian and German police and murdered in pits in a nearby forest. In the days that followed, another 400 Jews were hidden in the town and surrounding villages.

About 200 Jews from the vicinity of the town, and Jews who managed to escape from the Aktion , were concentrated in a small ghetto established in the town, where they were forced laborers and suffered from hunger and cold. In June 1942 all the inhabitants of this ghetto were murdered.

From the Pohrebishche community, 16 to 18 Jews survived the Holocaust. 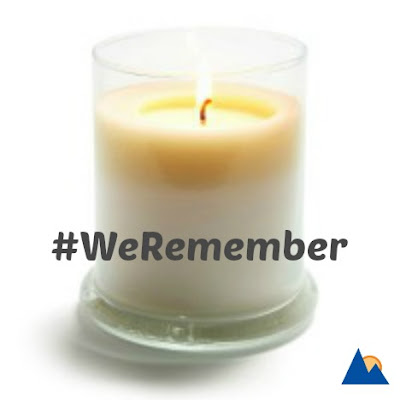 As International Holocaust Remembrance Day approaches (Sunday January 27), Abq Jew looks at that photograph as if that couple were members of his own family. And Abq Jew is forced to remind himself that - 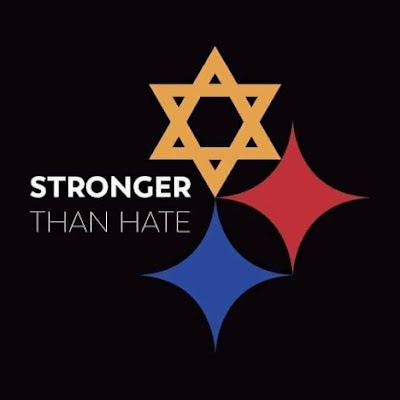 A fact of Jewish life of which we are all too, too aware.

This year, the World Jewish Congress  is promoting the Global Campaign for International Holocaust Remembrance Day. The WJC points out:


In 2019, with rising hatred all around the world, it’s more important than ever that YOU be a part of this movement. Please watch, join, and share. It’s critical.


Imagine seeing your neighbors torn from their homes and businesses by the police. No crime has been committed. They have been deemed unfit and marked for death. Helping them would be a crime. Would you have the courage to intervene?


The Ten Boom family did.

In 1944, their choice to rescue persecuted Jews meant risking their own lives and sharing the the collective fate of the Jewish people in Nazi concentration camps. 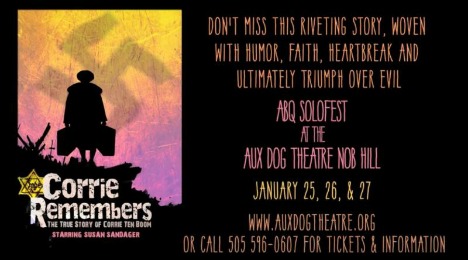 Through Susie’s excellent performance, you will feel as though you are a personal guest in Corrie Ten Boom’s home as she recounts memories of her harrowing and yet uplifting story that reaches with living hope from the pages of history to touch your heart in a troubled world today.


Although many of you have been longtime supporters of the show, I believe the times in which we are living give new meaning and importance to Miss Ten Boom's message.

I am always humbled by personal reflections expressed after each performance. Having been performing out of the country and elsewhere for a while, I am excited to be sharing Miss Ten Boom's legacy in Albuquerque once again.

I'm certain that if you join us and bring friends, you will be glad you did. Thanks again for your kind support,