Pittsburgh Strong: Abq Jew is still too sad, angry, and afraid to even begin to address the tragedy at Pittsburgh's Tree of Life synagogue. As he expects many of you, his dear readers, also are.

But some of our leaders have stepped forward. Below, Abq Jew has provided four responses that he found particularly meaningful.

The logo of the Pittsburgh Steelers was turned into a symbol of solidarity with Jews after the synagogue shooting that killed 11. 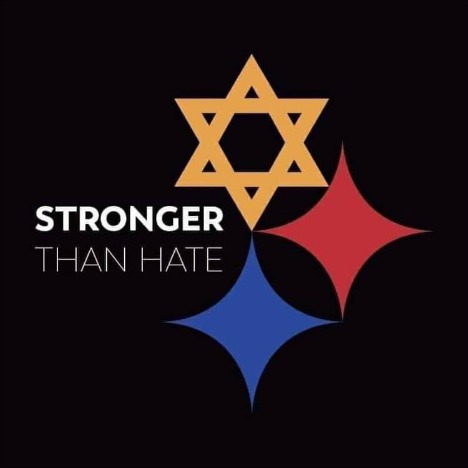 For many in the Steel City, football is religion. But someone summed up the city’s unity with its Jewish community by changing the iconic logo to include a Star of David.

Matthew Neal, a doctor in Pittsburgh who appears to have been involved in treating the wounded, shared the edited logo next to the words, “Stronger Than Hate.” 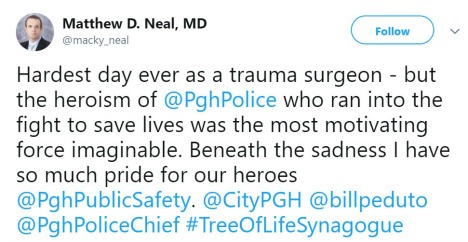 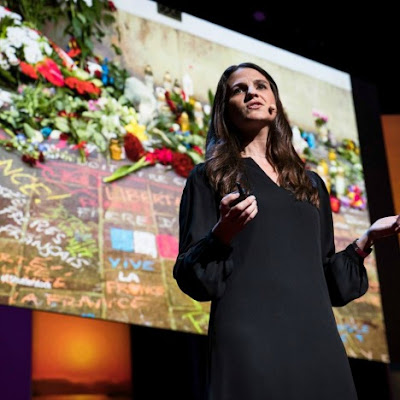 to reanimating Jewish life by standing at the intersection of soulful, inventive religious practice and a deep commitment to social justice (www.ikar-la.orghttps://ikar-la.org/) - posted this on Facebook:


The devastating shooting at the Tree of Life Synagogue in Pittsburgh is the most violent anti-Semitic attack in our nation’s history. Our hearts ache hearing about a gunman shouting that all Jews must die as he massacred a community gathered in prayer. We send love and strength to the Jewish community of Pittsburgh—our family—and pray that the outpouring of support from around the world somehow brings some consolation in the face of this horror.

Even as we grieve, even as Tree of Life in Pittsburgh joins the sad and sorry list of sacred spaces that have borne witness to massacre in America, alongside 16th Street Baptist in Birmingham, the Sikh Temple of Wisconsin in Oak Creek, Emanuel AME in Charleston, First Baptist in Sutherland Springs and others, even as we struggle to hold the enormity of this tragedy, we must be clear-headed about what prompted this deadly event. There is a disease in the culture of this nation—this shooting is only the latest deadly expression of it.

Two things came together this weekend in Pittsburgh: a festering culture of hatred and vitriol, and a fanatical obsession with guns.

We know anti-Semitism is on the rise in this country— the ADL indicates that the last two years have seen a spike in incidents from harassment to bomb threats and vandalism.

This is part of a broader cultural trend of demonizing anyone who can be called other, whether they be Jews, Muslims, Latinos, Blacks, Sikhs, immigrants, refugees or asylum seekers. Yes, anti-Semitism comes from both the right and the left, but the greatest threat comes from the one place it’s ever presented an existential threat to our people: armed and state-supported right-wing nationalism.

Remember: the day before this terror attack in Pittsburgh, the President of the United States renewed his attack on “globalists” who are “cheating” American workers. When some in the crowd called out “Soros!” and “lock him up!” the President laughed and repeated, “lock him up!”

That, combined with the obsessive and corrosive gun culture that continues to shatter bodies, hearts and homes. Watch for the predictable parade of lawmakers with A+ ratings from the NRA offering condolences in Pittsburgh in the coming days, laying blame anywhere but on the weapons used to murder a group of Jews gathered to celebrate Shabbat. Watch, as they’ll use this tragedy as another opportunity to stigmatize mental illness, while both cutting funding for mental health and making it easier for those who struggle with it to purchase guns. Those elected officials abide a depraved moral calculus that protecting unrestricted gun ownership is more inviolate than protecting human life.

But America is waking up. Our grief and indignation are fueling our moral imagination. We have to use our voices, our money, our connections, whatever public platform and whatever political capital we have to call out the insanity of a culture of hatred and access to deadly weapons.

We need to harness our anger, fear and grief, and bring it all to the polls on Nov. 6th.

If you’re in LA, join us tomorrow [Sunday] evening for a gathering of the Jewish community and our multifaith allies and partners at the Federal Building at 6pm.

With blessings of peace for Pittsburgh, and for us all – 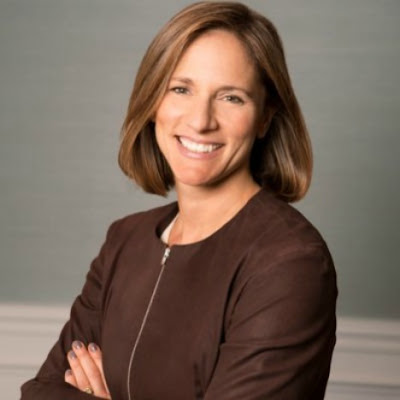 My father fled the Nazis. I grew up going to a Jewish day school in the 1980s where we had frequent bomb threats. There have always been sick people who want to kill Jews. But this atmosphere of hate & the ease of getting these weapons of mass murder are making it way too easy.

One more thing: the fact that I even hesitated to write the tweet [above] because I’m nervous about revealing myself to be Jewish in the US in 2018 is absolutely horrifying. And exactly why I decided to tweet it.

Must stand up to this hate. 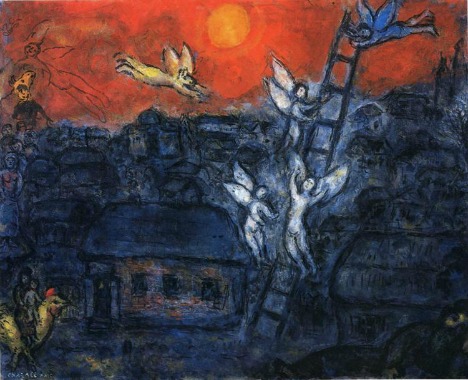 
When Jacob flees his home, he dreams of God’s angels climbing up and down a ladder to heaven to protect Jacob in his journey.

God can send many different angels.

In Pittsburgh they came in the form of heroic police officers.

Let us hope that God will send angels of peace, respect, understanding and love for all humankind. 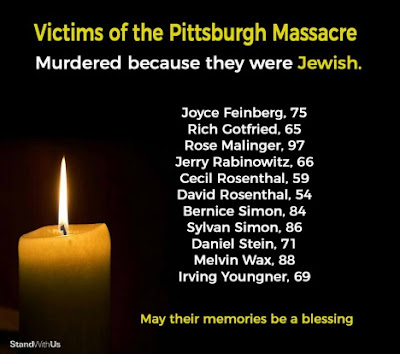 Thank you so much for this beautiful collection of words - helping us all face the truth of how each of us committed to love and bonding with people of all nationalities, faith traditions, and especially to notice those who have for so long been oppressed or have suffered because of hate-think. Our work is LOVE. For the planet. For all families. For the suffering. For our neighbors. Again, thank you.