One Albuquerque: Yesterday afternoon, the entire Albuquerque community came together at the Holocaust & Intolerance Museum of New Mexico to share our grief and extend our courage - to each other - as we remembered the victims of the Tree of Life Massacre. 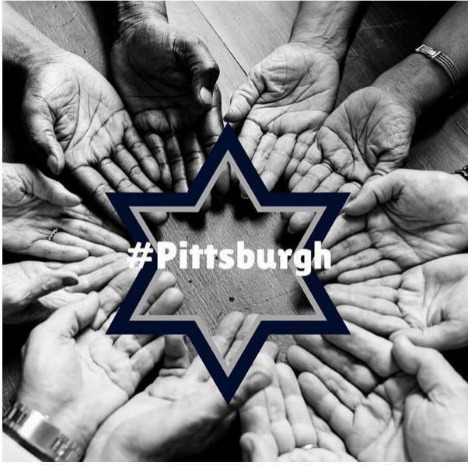 The Tree of Life Massacre. The Pittsburgh Pogrom.
Abq Jew never, in a million years,
believed he would have to write such words.

There were, let's say, 120 of us at the gathering. One hundred twenty - the perfect number of years in a life well lived. Victor P. Raigoza, the incoming president of the Holocaust Museum, addressed us.


With a heavy heart we gathered today at the Holocaust & Intolerance Museum of New Mexico to express our solidarity with the Jewish community in Pittsburgh, to stand with them against anti-Semitism, hate, and intolerance.

The contagion of violence, whether against Jewish targets, the LGBT community, African Americans, immigrants, Muslims, Hispanics, or any number of “others” is at its very core anti-American, anti the values on which this country was founded.

Today, the diverse community that is Albuquerque came together to demonstrate that we are one, that we won't be silent, that Albuquerque and New Mexico will be a safe haven for those who need one. Thank you every one for attending.

With tears in her eyes and a catch in her voice, Mrs Keller spoke of her personal heartache - and deep sense of hope - upon hearing the terrible news.

And here is Rabbi Harry Rosenfeld's letter to Congregation Albert.

As I am sure you know, this morning a white male entered Congregation Tree of Life in Pittsburgh, Pennsylvania armed with at least a rifle and two handguns with the stated goal of killing all Jews. As of this writing, 11 are dead and several wounded, two of whom are in critical condition.

The gunman has been apprehended and is in custody. Investigations are underway on the local, state, and federal levels.

Judaism is more than a religion and Jews are more than strangers to us. We are family and we feel the pain of our family in Pittsburgh. I have sent word through my colleagues in Pittsburgh that Congregation Albert is ready to help as best we can even though we are across the country.

We also want you to know that Cantor Finn and I are here for you. To talk, to comfort, to grieve with you. Feel free to come by.

I want you to know that we live in an amazing community.

A few minutes after 10:00 this morning, an Albuquerque Police Sergeant arrived at the synagogue to make sure we knew what had happened and to assure us he would be at our front door until he could get a patrol car on the property. He assured me that APD would also be present tomorrow during Religious School and if necessary beyond.

When I thanked the Sergeant, he replied:

No need.
It's what my mother would want me to do.

I was moved speechless as we shook hands.

By the time services had ended I had received calls from the clergy of several of our partner churches as well as from the Dar Salaam Foundation's Imam and its Vice-President. Each offered our community comfort and reinforced that an attack against one of us is an attack against all of us.

This afternoon I received an email from a member offering art therapy for anyone who things it would be helpful.

Sadly, rather than face the real problem, several of our national leaders, on both sides of the aisle, are trying to make this about guns. It is not. This attack, like so many others, is a symptom. For the past 25+ years, we have become a society that teaches us to express our hate through violence. Mostly, that violence is verbal and emotional. In Pittsburgh, the violence was physical and deadly.

We need to confront this change in the American ethic and work together and with others to restore us to the country and society we meant to be. Yes, as a Jew, as a Jewish community, our thoughts are with the Jewish community of Pittsburgh. Thoughts and prayers may bring some comfort to the pray-er and the prayed about but they do not bring about change. God leaves that to us.

We need to step out front and change our world for the better. It is the only way we will ever be safe in our sacred spaces, our homes, or in our communities. Building a fortress and locking ourselves in does not make us safer. It lets the hate grow and ultimately win. 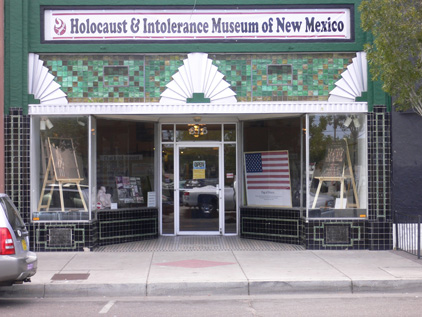