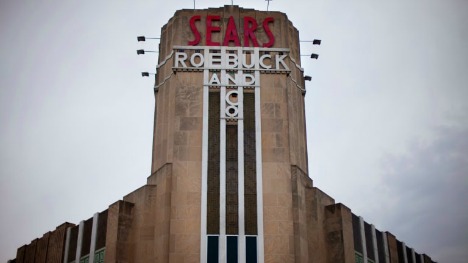 Abq Jew has been thinking about Chapter 11, too. Oh - we read Chapter 11 (of Genesis) last Shabbos in shul. You may recall - it's about the Tower of Babylon.

And how The Holy One, Blessed Be He broke the construction union that was building the tower and scattered its leaders 'over the face of the whole earth.' 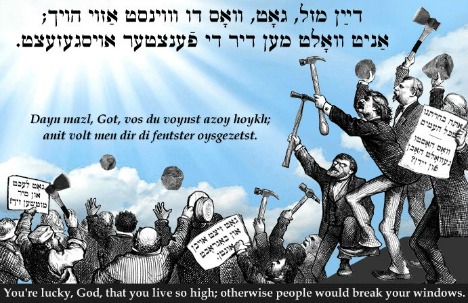 But Abq Jew and The Jewish Magazine also recall happier ... and funnier times with Chapter 11. If you don't - here is the

A man has been in business for many, many years and the business is going down the drain. He is seriously contemplating suicide and he doesn't know what to do.

He goes to the Rabbi to seek his advice. He tells the Rabbi about all of his problems in the business and asks the Rabbi what he should do.

The Rabbi says "Take a beach chair and a bible and put them in your car and drive down to the edge of the ocean. Go to the water's edge. Take the beach chair out of the car, sit on it and take the bible out and open it up. The wind will rifle the pages for a while and eventually the bible will stay open at a particular page. Read the bible and it will tell you what to do."

The man does as he is told. He places a beach chair and a bible in his car and drives down to the beach. He sits on the chair at the water's edge and opens the bible. The wind rifles the pages of the bible and then stops at a particular page. He looks down at the bible and sees what he has to do.

Three months later the man and his family come back to see the Rabbi. The man is wearing a $1,000 Italian suit, The wife is all decked out with a full-length mink coat and the child is dressed in beautiful silk.

The man hands the Rabbi a thick envelope full of money and tells him that he wants to donate this money to the synagogue in order to thank the Rabbi for his wonderful advice. The Rabbi is delighted. He recognizes the man and asks him what advice in the bible brought this good fortune to him. 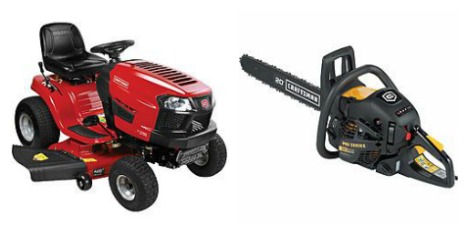 Which brings us to chainsaws. And to riding mowers. A large selection of both of which Sears always carried - along with everything, everything else.

Also last night - Abq Jew came across a tweet from David Corn, in which he retweeted an article from NewsChannel3 in Memphis. Which Abq Jew quotes in its entirety. 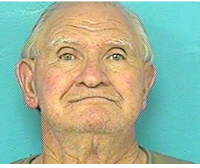 BRISTOL, Tenn. – A man who police say was run over with a lawn mower while trying to kill his son with a chain saw has had to have his leg amputated.

The Bristol Herald Courier reports that a warrant for 76-year-old Douglas Ferguson couldn’t be served until Tuesday because of the severity of his injuries.

According to a Sullivan County Sheriff’s Office release, officers called to a home June 28 found Ferguson bleeding from his leg and head. A preliminary investigation indicated he had tried to attack his son with a running chain saw while he son mowed the yard.

Detectives say the father and son had an ongoing feud.

Ferguson is charged with attempted second-degree murder and violating probation. It’s unclear whether he has a lawyer to comment on his behalf.

A word (or two) about David Corn. 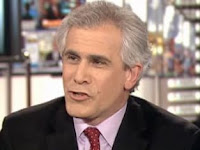 David Corn (born February 20, 1959) is an American political journalist, author, and the chief of the Washington bureau for Mother Jones.

He has been Washington editor for The Nation and appeared regularly on FOX News, MSNBC, National Public Radio, and BloggingHeads.tv opposite James Pinkerton or other media personalities.

Corn was raised in a Jewish family in White Plains, New York. He attended Brown University where he majored in history and worked for The Brown Daily Herald.

After his junior year, he interned at The Nation where he accepted a job as editorial assistant instead of returning to finish his degree. He earned his remaining credits at Columbia University and received a B.A. from Brown University in 1982. He joined Mother Jones in 2007.


What family hasn't been here? 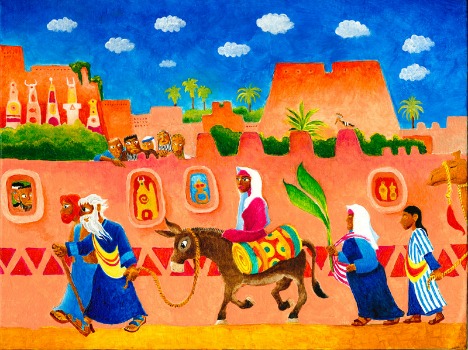 Which brings us to next week's Torah reading - Parshat Lech Lecha (Get Up and Go). Or, as we often call it -

The Etz Hayim Torah and Commentary tells us:


The first 75 years of Abraham's life are passed over in total silence. He still bears the name Abram when God's call comes.

The patriarch's immediate response thrusts him onto the scene of history with astounding suddenness and marks the beginning of his life.

In other words - the story of Abraham and his descendants is the origin myth of the Jewish people. Yes, since the God of Israel is the God of the World, let's tell the story of creation - and throw in the story of the flood.

But it's the story of Abraham and his mishpocha that we really care about.

Which brings us to one of Abq Jew's favorite books - Rabbi Burton L Visotzky's (see 2012's America's Top Rabbis) The Genesis of Ethics.

Which is subtitled: How the Tormented Family of Genesis Leads Us to Moral Development.

As Burton Visotzky says, the Book of Genesis seems to be, at least on first reading, "an ugly little soap opera about a dysfunctional family . . . a story about rape, incest, murder, deception, brute force, sex, and blood lust. But these stories reveal much about human dilemmas and ethical problems that mirror our own lives.

By delving into the lives of Abraham, Sarah, Isaac, and Esau and holding up these characters of Scripture to the light of critical inquiry, Burton Visotzky reveals much that is fresh and useful about ethics and morality.


These are our patriarchs and matriarchs!


And we can debate endlessly about which is which. 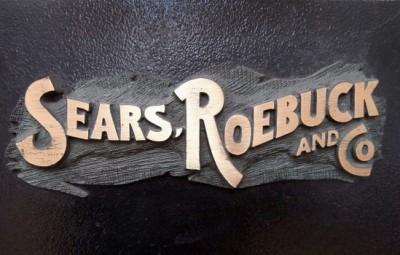 So let's go back and talk about Sears.

Sears, Roebuck and Company, colloquially known as Sears, is an American chain of department stores founded by Richard Warren Sears and Alvah Curtis Roebuck in 1892, reincorporated (a formality for a history-making consumer sector initial public offering) by Richard Sears and new partner Julius Rosenwald in 1906.

Formerly based at the Sears Tower in Chicago and currently headquartered in Hoffman Estates, Illinois, the operation began as a mail ordering catalog company and began opening retail locations in 1925.

The first location was in Evansville, Indiana. In 2005, the company was bought by the management of the American big box chain Kmart, which formed Sears Holdings upon completion of the merger.

In terms of domestic revenue, Sears was the largest retailer in the United States until October 1989, when Walmart surpassed it.

As of 2017, Sears is the 23rd largest retailer in the United States.

After several years of declining sales, its parent company filed for Chapter 11 bankruptcy on October 15, 2018. 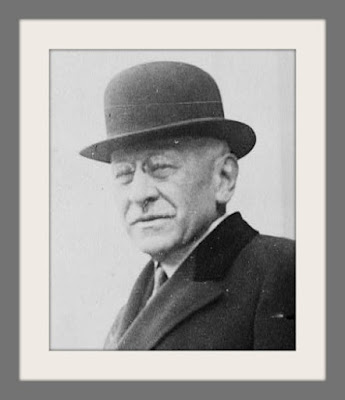 And let us end this crazy blog post with an altogether too-brief appreciation of Julius Rosenwald.

He was born in 1862 to the clothier Samuel Rosenwald and his wife Augusta Hammerslough, a Jewish immigrant couple from Germany. He was born and raised just a few blocks from the Abraham Lincoln residence in Springfield, Illinois, during Lincoln's Presidency of the United States.

By his sixteenth year, Rosenwald was apprenticed by his parents to his uncles in New York City to learn the clothing trades. While in New York, he befriended Henry Goldman and Henry Morgenthau, Sr. With his younger brother Morris, Rosenwald started a clothing manufacturing company. They were ruined by a recession in 1885.

Rosenwald had heard about other clothiers who had begun to manufacture clothing according to standardized sizes from data collected during the American Civil War. He decided to try the system but to move his manufacturing facility closer to the rural population that he anticipated would be his market. He and his brother moved to Chicago, Illinois.

In 1890, Rosenwald married Augusta Nusbaum, a daughter of a competing clothier.

The rest, as they say is history.

Rosenwald donated generously to several Jewish community projects in Chicago and served as vice president of Chicago Sinai for many years.

Booker T. Washington encouraged Rosenwald to address the poor state of African-American education in the US, which suffered from inadequate buildings and books. Rosenwald provided funds to build six small schools in rural Alabama, which were constructed and opened in 1913 and 1914, and overseen by Tuskegee.

The collaboration between Booker T. Washington and Julius Rosenwald was the subject of the 2015 documentary Rosenwald, subtitled A Remarkable Story of a Jewish Partnership with African American Communities by writer, producer and director Aviva Kempner, which won Best Documentary Jury Award at the Teaneck International Film Festival and the Lipscomb University Prize of the Ecumenical Jury, Nashville Film Festival.

He established his Rosenwald Fund in 1917 for "the well-being of mankind".

Unlike other endowed foundations, which were designed to fund themselves in perpetuity, the Rosenwald Fund was intended to use all of its funds for philanthropic purposes. As a result, the fund was completely spent by 1948.