50 Years Ago: On this day, Jews all over the world celebrate. For on this day, fifty years ago, Jerusalem, the Eternal Capital of Israel, was reunited.

In the days leading up to the Six Day War, in California's Yosemite Valley, about the only way to find out what was happening in the world was to read the daily newspapers that were trucked in from San Francisco. 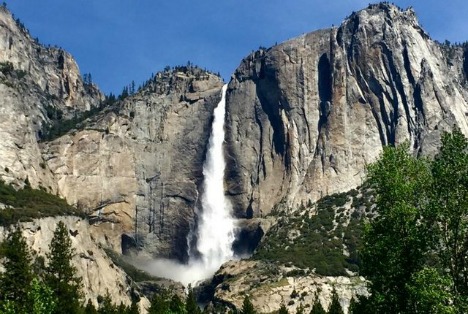 Radio didn't reach, and TV? - fuggetaboutit. The Holy One, Blessed Be He, apparently didn't think anyone at Yosemite should do anything but look at the natural wonders all around them.

But things were happening. 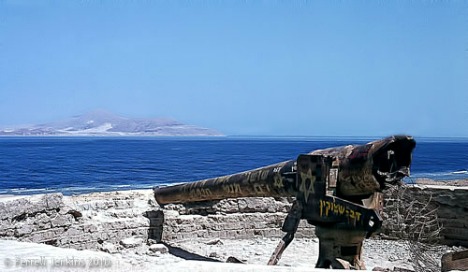 On May 16, Egypt moved its army into the Sinai
and demanded that UN peacekeepers withdraw.
On May 18, UN Secretary General U Thant acceded to the Egyptian demand.
On May 22, Egypt closed the Straits of Tiran to Israeli shipping.
On May 26, President Johnson warned Israel not to attack first.


On Monday May 29, the United States observed Memorial Day.

Abq Jew and his parents z"l spent the entire weekend at Yosemite National Park, doing what Jews all over the world were doing - watching, waiting, worrying.


We all know how the war turned out - thanks to men like Dr Yitzhak Yifat, Tzion Karasenti, and Chaim Oshri, and many more who gave their lives so that the State of Israel might continue to live. 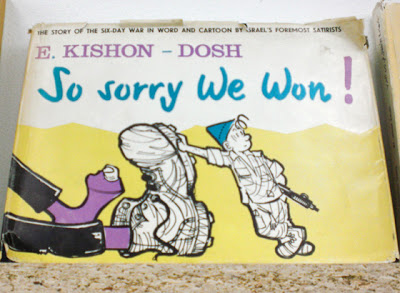 Remember this book?  (Yes, it helps if you're of a certain age.)  Abq Jew lost his copy many years ago (but is willing to buy yours!), and considers So Sorry We Won one of the happiest, truest books ever.

The website The Six Day War tells us about the aftermath of the war.


After the 1967 Six-Day War, Israel was — in Defense Minister Moshe Dayan's famous phrase — "waiting for a telephone call" from Arab leaders. Israelis expected to hear that now, at last, their neighbors were ready to talk peace.

Having escaped not only feared annihilation, but also winning a seemingly miraculous victory, Israel's leaders did two things: They vowed not to return to the vulnerable armistice lines of 1948 and '49 or to a divided Jerusalem, and yet to be "unbelievably generous in working out peace terms," as Foreign Minister Abba Eban put it. In direct talks with Arab countries, "everything is negotiable," he said.

What actually happened? The Khartoum Declaration.


Finally, the leaders of thirteen Arab states gathered at a summit conference in Khartoum, Sudan from August 29 to September 1.

There they pledged to continue their struggle against Israel.

Influenced by Nasser, "their conditions were quite specific: no peace with Israel, no negotiations with Israel, no recognition of Israel, and 'maintenance of the rights of the Palestinian people in their nation.'

And after that? Fifty years of history. Some things changed, but some things didn't. Abq Jew is sure you know all about it.

But back to The Paratroopers. Andrew Tobin, writing in The Forward, tells us -


Between June 5 and 15, in honor of the Six-Day War’s 50th anniversary, the three former paratroopers, now in their 70s, will re-create Rubinger’s photo in their first-ever tour of the United States — with stops at Jewish communities and other locations in the Cleveland, Detroit, San Francisco, Chicago, Atlanta, Boston and Baltimore areas. They will also recount some of the sacrifices that were made in the battle for Jerusalem.

And of the Battle for Jerusalem, and The Photograph, Mr Tobin writes -


The paratroopers rushed forward amid sniper fire from remaining Jordanian soldiers and rammed their way through the Lions’ Gate of the Old City. From there they made their way through narrow stone alleys and up to the Temple Mount and the Western Wall.

“The Temple Mount is in our hands,” Gur reported.

Religious and secular paratroopers alike were awed by their return to the heart of the ancient Jewish homeland.

“I didn’t realize where I was until I saw the Israeli flag flying above the stones, said Karasenti, an observant Jew. “I started to cry. Everyone was emotional. The whole nation of Israel was in ecstasy, euphoria. You can’t even imagine what it was like.”

While Yifat, Karasenti and Chaim Oshri were walking along the wall, Rubinger, who died in March at 92, lay on the ground and snapped the photo that would make them — and him — famous. Within days, the image had appeared in newspapers around the world. 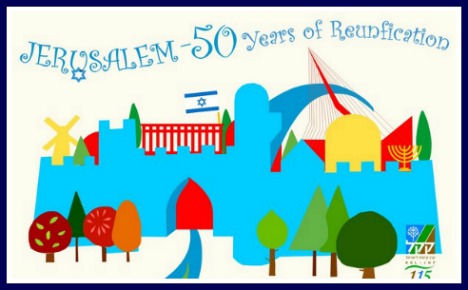