A Songbird Who Sings: If you thought Yiddish was dead, think again! Sometimes all of our thoughts are misgiven. It makes Abq Jew wonder.

Which is one more reason why Abq Jew is happy to report that Niki Jacobs and her Dutch musical group Nikitov, now touring the United States, will make a stop at Temple Beth Shalom in Santa Fe on Monday May 15. 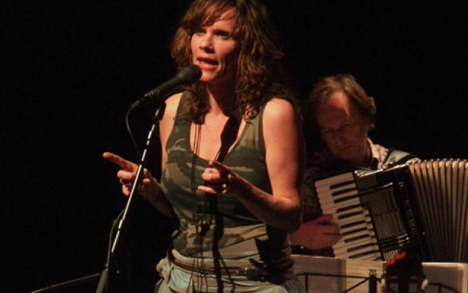 Nikitov has performed throughout Europe in Amsterdam, Munich, and Vienna (et al). Their US tour will include San Luis Obispo, Los Angeles, Chicago, Nashville, Bristol, Sommerville, Philadelphia, and New York.

Niki Jacobs’ hauntingly beautiful voice and her group’s outstanding interpretation of new and traditional Yiddish songs combined with the expressive quality of the Yiddish language makes this music unforgettable.

In her show, Mameloshn, Niki presents not only classic melodies, but also brings a variety of beautifully translated pop songs to life in an ancient language.

This concert is underwritten by the Shulman Family Charitable Fund in honor of their daughter Rebecca’s wedding. There is no charge for admission, but donations are welcome.


The sophisticated European jazz / pop arrangements and musicianship of the Dutch band Nikitov are balanced by their loving embrace by the lead singer, Niki Jacobs, of her Yiddish roots.

The result is a hip, sexy, heartfelt yet unsentimental sound that integrates the mellifluousness of the Yiddish language with the contemporary artistry of this wonderful ensemble.


We Jews, it turns out, know a lot about Stairways to Heaven, starting with Babel's City Tower and continuing with our patriarch Jacob's Ladder. 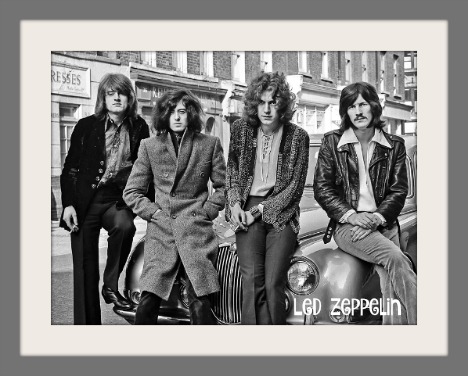 And then there's the timeless song A Fisbank in Himl, perhaps a bit better known as Stairway to Heaven -


"Stairway to Heaven" is a song by the English rock band Led Zeppelin, released in late 1971.

It is often referred to as one of the greatest rock songs of all time.

The song has three sections, each one progressively increasing in tempo and volume. The song begins in a slow tempo with acoustic instruments (guitar and recorders) before introducing electric instruments.

The final section is an uptempo hard rock arrangement highlighted by Page's intricate guitar solo accompanying Plant's vocals that end with the plaintive a cappella line:

"And she's buying a stairway to heaven."

What, Abq Jew hears you ask, could be more Jewish than singing about a Stairway to Heaven? Abq Jew's answer -


Singing Stairway to Heaven in Yiddish!

A Fisbank in Himl is just one of the songs in Nikitov's repertoire, but it's the one that really caught Abq Jew's attention. Want the old version? Click here. With the lyrics! As if any of us don't already know them!


Nikitov Temple Beth Shalom Santa Fe Monday May 15 7:00 pm
And it's whispered that soon, if we all call the tune, then the piper will lead us to reason.