Happy Sivan! Abq Jew doesn't always keep track of the Jewish New Moon. But when he does, it's because of something musically classy like this! 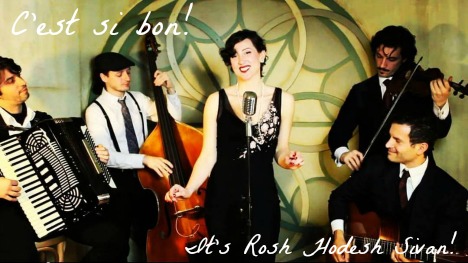 The fact that it's Rosh Hodesh Sivan can, of course, only mean that the Festival of Shavuot (Weeks) is but days away, traditionally falling on the sixth (and here in חו״ל, also on the seventh) day of Sivan, a full 50 days since the second night of Pesach.

Abq Jew would like to point out that he does not read, write, speak, or in any way comprehend or communicate in French - the language, the land, or the people. But savoir faire? Abq Jew is full of it. At least, that's what he thinks people are saying.