Thank God It's Adar: When Adar arrives, our happiness increases. Which is good - because we can use all the happiness we can get, Ken O'Hara.


In other news: The Orange Administration is considering cutting back or perhaps even eliminating the Environmental Protection Agency.

That's the EPA that was proposed by President Richard Nixon; and which began operation on December 2, 1970, after Nixon signed an executive order.


Wait. It gets worse.


In other news: Jewish Community Centers and other Jewish institutions - including ADL offices! - have received dozens of bomb threats. Jewish cemeteries near St Louis and in Philadelphia have been vandalized.

Our own Abq JCC has been threatened - and is now fighting back. And our own Sentaor Martin Heinrich has cosponsored legislation to safeguard JCCs and other faith-based community centers. Other JCCs are finding ways to cope with the repeated threats.

And The Washington Post reports that our president "questions who is really behind anti-Semitic threats and vandalism."


Wait. It gets worse.


In other news: During our president's first address to a joint session of Congress, he honored Carryn Owens, the wife of Chief Petty Officer William (Ryan) Owens, a Navy SEAL who was killed during a commando raid authorized by Mr. Trump in January.

However (The New York Times reports) -


Mr. Trump, the commander in chief, has repeatedly sought to place blame elsewhere. Asked about Mr. Owens’s criticism, in an interview broadcast earlier Tuesday with “Fox & Friends,” he said the responsibility for the decision to go forward with the raid rested with his generals.

“This was a mission that was started before I got here,” he said. “This was something they wanted to do,” referring to “the generals.”

“And they lost Ryan,” he said.

As Colbert I King writes in The Washington Post -


President Trump has done some low-down, rotten things in his cushy life, but shifting the blame for the death of U.S. Navy SEAL Senior Chief Petty Officer William “Ryan” Owens during a covert mission in Yemen to his military commanders will go down as one of the most contemptible and cowardly acts ever committed by a U.S. commander in chief.

Wait. It gets better. 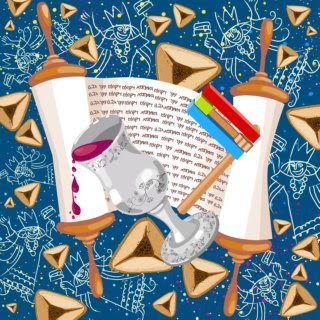 Here is why it gets better -


The month of Adar has begun.
Our happiness will increase.
We've got Ken O'Hara on our side.

Everyone knows Ken O'Hara (to whom Abq Jew often refers, most recently in Love Trumps Hate: 24 Hours). Everyone loves Ken O'Hara. They must - everyone is always talking about him. Although they're really talking to him.


In fact, Ken O'Hara is one of the most popular, well-known figures in (especially American-) Jewish life. His only real competition on the popularity scale is Billy Nader, whom Abq Jew will discuss (Billy Nader) sometime soon.

So you, Abq Jew's loyal readers, may ask -

OK ... Ken O'Hara (No Evil Eye) is a Hebrew-Yiddish incantation that expresses the vocalists's firm intention that no harm befall the subject of said incantation.

Kaynahorah: (kayne-a-hurr-rah) literally, "no evil eye." Pronounced in order to ward off the evil eye, especially when speaking of one's good fortune.

Another way to ward off the evil eye is to quickly spit three times (We're not talking hawking a big loogie. This is more like lightly spitting a poppy seed off the tongue.)

"My daughter found a nice guy and it looks as if he's going to propose. Pthui, pthui, pthui."

And offers this delightful example of Ken O'Hara in realish life -

Mr. Popowitz is called as a witness in a trial.

"Excuse me? What did you say?"

"I said, I am, kaynahoreh, ninety-one years old." 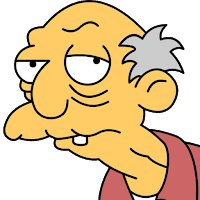 "Sir, please just answer the question with no embellishments," yelled the frustrated D.A.

"I told you. Kaynahoreh, I'm ninety-one."

The D.A. is very angry. The judge is also losing his patience.

He instructs, "The witness will answer the question simply and plainly or be held in contempt of court!"

The defense lawyer rises and approached the bench. "Your Honor, I think I can resolve this. May I ask?"

"If you can get this trial moving, please, be my guest."

"Mr. Popowitz, let me ask, kaynahoroh, how old are you?" 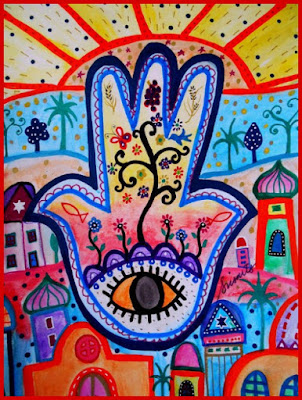 Hebrew for Christians has (wouldn't you know) a Yiddish section, which describes Ken O'Hara (from kein, no; ayin; eye, and ha-ra, evil) as an incantation pronounced postpositively to ward off the evil eye. (They had Abq Jew at postpositively.)


In practical terms, whenever you declare something going well, you are giving yourself a kaynahorah - i.e., a guarantee that whatever you just declared to be going well is doomed to now be cursed.

Common kaynahorahs include announcing that traffic is not so bad ... there is bound to be a jam around the next corner. Or saying that your car has been behaving well ... be prepared to drop a thousand bucks in the repair shop any minute now.

Chabad (of course, Chabad) offers us

Why did Bubby, grandma, always say that? And does it really have to do with the evil eye? Is this evil eye a cousin of walking under ladders with black cats on the Friday the thirteenth? The answers, in order, are: Because she loved you. Yes, but with an explanation. No.

Kenahora, although everyone thinks is a Yiddish word is actually three words slurred together in Yinglish –- the vibrant language of Native Americans of the Lower East Side: kein, the Yiddish word for no or negating, ayin Hebrew for eye, and hara, Hebrew for Evil.

Now think back to when she used it: "Such a sheine punim, kenahora." "You've grown, kenahora." "He's making money hand over fist, kenahora." (You should only be so lucky!)

And then there's blogger Lisa Pomerantz (@lisapomerantzster), who not only offers Ken O'Hara-less instruction in Yiddish - she even provided (when he was but -elect) Popular Yiddish Phrases that apply to Mr. Orange Elect.


A chip on the shoulder indicates wood higher up. A shpon aoyf di axl indekeyts holts hekher aroyf. Daily security briefings? So last term. He’s smart, so smart, that this is a waste of time. He needs a security briefing like he needs a loch en kop (hole in the head). Oh, but he does need time to continue to produce the Celebrity Apprentice.

Surrounding yourself with dwarfs does not make you a giant. Arumik zikh mit dvarfs tut nisht makhn ir a riz. Look who plays in his sandbox? Vlad, Sarah (did she see this all this spying and hacking from her house?), Bannon, Tex-Rex, David Duke, Jim Crow? Gutinue? (OMG!)

All of this boils down to -


There's plenty to be unhappy about.
Nevertheless - 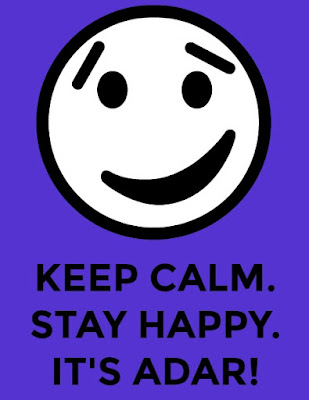