The Irish and The Jews

If It Wasn't For: The Irish writer Brendan Behan once remarked, “Others have a nationality. The Irish and the Jews have a psychosis.” 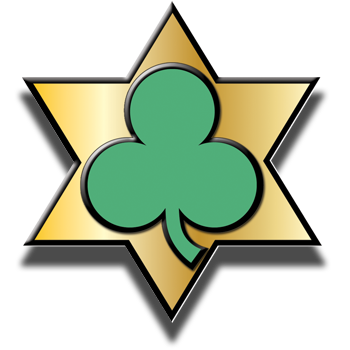 
That may be putting matters a little harshly, but [Brendan Behan] was on to something: These two ancient peoples were destined to wander the world as outsiders, knowing suspicion and derision wherever they went. Through it all, both maintained tight and close bonds with their own kin, even in the farthest corners of the earth.

So here we are, getting ready for St Patrick's Day (March 17, as Abq Jew is not sure we in New Mexico all know) and the celebration of everything Irish. 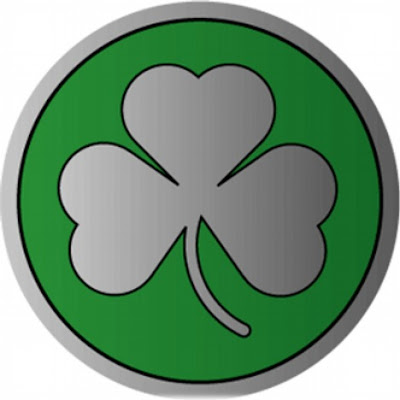 The shamrock - a young sprig of clover - is, as we all know, a symbol of Ireland.


Saint Patrick, Ireland's patron saint, is said to have used it as a metaphor for the Christian Holy Trinity.

The name shamrock comes from Irish seamróg [ˈʃamˠɾˠoːɡ], which is the diminutive of the Irish word for clover (seamair) and means simply "little clover" or "young clover".

A metaphor for the Christian Holy Trinity.


How about us Jews? Don't we get a Holy Trinity, too? 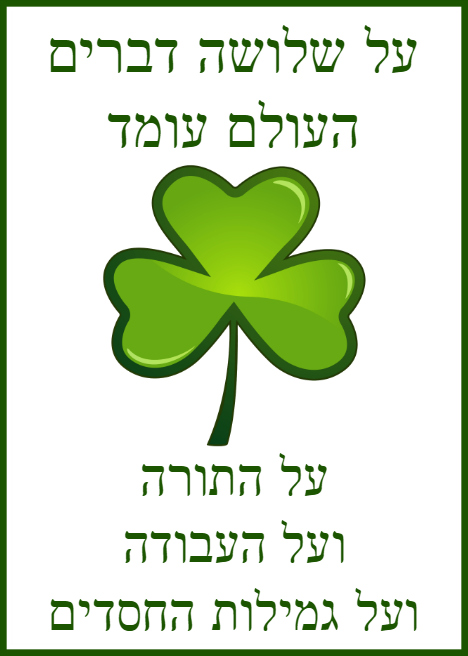 We Jews have our own set of Trinities! There are, in fact, lots of threes in Judaism -
Many more sets of threes appear in Pirkei Avot, a compilation of the ethical teachings and maxims of Mishnaic-period Rabbis.


Moses received the Torah from Sinai and transmitted it to Joshua; Joshua to the elders; the elders to the prophets; and the prophets handed it down to the men of the Great Assembly. They said three things:


Shimon the Righteous was one of the last survivors of the Great Assembly. He used to say:

Worship
Worship brings faith (and not the other way around).
Faith leads to stability, to confidence, and to hope -
that, together, we can build a world based upon justice.

Lovingkindness
Lovingkindness is absolutely necessary,
because justice alone is both too much and too little.
In a world of pure justice, who would live? 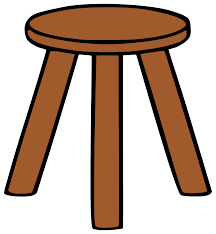 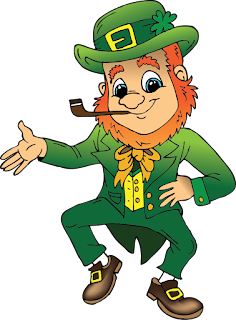 And while we're talking about threes - remember, if you catch a leprechaun and set him free, the leprechaun will grant you three wishes! 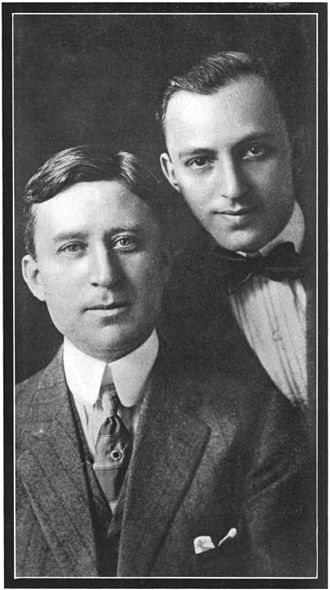 Which brings us back to the Irish and the Jews. Specifically - to William Jerome, Jean Schwartz, and Billy Murray. Look - another Trinity!

This Trinity wrote (Jerome, Schwartz, in 1912) and performed (Murray) the classic tune If It Wasn't For the Irish and The Jews.


William Jerome (William Jerome Flannery, September 30, 1865 – June 25, 1932) was an American songwriter, born in Cornwall-on-Hudson, New York of Irish immigrant parents, Mary Donnellan and Patrick Flannery. He collaborated with numerous well-known composers and performers of the era, but is best-remembered for his decade-long association with Jean Schwartz with whom he created many popular songs and musical shows in the 1900s and early 1910s.

Jean Schwartz (November 4, 1878 – November 30, 1956) was a Hungarian-born American songwriter. Schwartz was born in Budapest, Hungary. His family moved to New York City when he was 13 years old. He took various music-related jobs including demonstrating and selling sheet music in department stores before being hired as a staff pianist and song-plugger by the Shapiro-Bernstein Publishing House of Tin Pan Alley. He published his first composition, a cakewalk, in 1899. He became known as an accomplished lyricist, although he also continued to write music. In 1901, he began a successful collaboration with William Jerome. 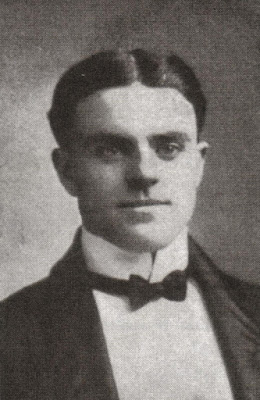 William Thomas "Billy" Murray (May 25, 1877 – August 17, 1954) was one of the most popular singers in the United States in the early decades of the 20th century. While he received star billing in Vaudeville, he was best known for his prolific work in the recording studio, making records for almost every record label of the era. Billy Murray was born in Philadelphia, Pennsylvania, to Patrick and Julia (Kelleher) Murray, immigrants from County Kerry, Ireland.