On the Boat to Heaven

Guys and Dolls: Albuquerque's own Landmark Musicals, dedicated to "presenting the classics of the American musical theater since 2008," performed Abq Jew's favorite musical (see A Torah Trifecta), Guys and Dolls, this month. 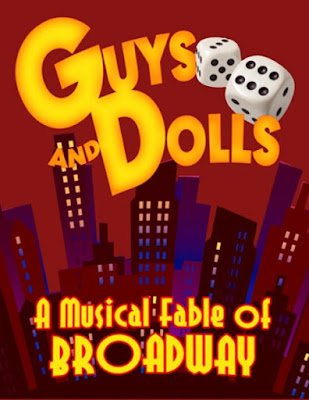 No, that didn't come out right. "Fortunate to accompany" = true. "Fortunate it was the last performance" = not true. But you understood that, Abq Jew is pretty sure. 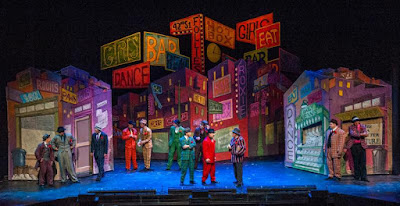 Especially when Abq Jew tells you that the performance was absolutely fabulous and wonderfully enjoyable. Everyone in it - actors and singers, dancers and musicians - performed excellently. Although some were more excellent than others.

When Guys and Dolls first appeared on Broadway, the "showstopper" was not one of the stars - Robert Alda, Isabel Bigley, Sam Levene, and Vivian Blaine - but Stubby Kaye, playing the role of Nicely-Nicely Johnson.


Bernard Solomon Kotzin (November 11, 1918 - December 14, 1997), known as Stubby Kaye, was an American comic actor known for his appearances in Broadway and film musicals.

Kaye was born Bernard Solomon (or Sholom) Kotzin in New York City on the last day of the First World War, at West 114th Street in the Morningside Heights section of Manhattan to first generation Jewish-Americans originally from Russia and Austria (Hungary).

His father, David Kotzin, was a dress salesman, and the former Harriet "Hattie" Freundlish, was his mother.

He was raised in the Far Rockaway section of Queens and later in The Bronx, where he acted in student productions at DeWitt Clinton High School and where he graduated in 1936. 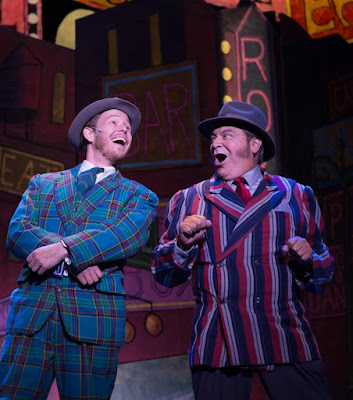 And similarly! In the Landmark Musicals production, Vernon Reza (r), the actor portraying Nicely-Nicely Johnson, stole the show - starting with the Fugue for Tinhorns and culminating in Sit Down, You're Rocking the Boat. (Alan Daugherty, playing Benny Southstreet, was also very good.)

The music and lyrics for Guys and Dolls (which won the 1951 Tony Award for Best Musical) were written by Frank Loesser.

Frank Henry Loesser (June 29, 1910 - July 28, 1969) was an American songwriter who wrote the lyrics and music to the Broadway hits Guys and Dolls and How To Succeed In Business Without Really Trying, among others.

He won separate Tony Awards for the music and lyrics in both shows, as well as sharing the Pulitzer Prize for Drama for the latter.

He also wrote numerous songs for films and Tin Pan Alley, many of which have become standards, and was nominated for five Academy Awards for best song, winning once, for Baby, It's Cold Outside.

Loesser was born in New York City to Henry Loesser, a pianist, and Julia Ehrlich. He grew up in a house on West 107th Street in Manhattan. His father had moved to America to avoid Prussian military service and working in his family's banking business.

Ah, Abq Jew hears you exclaim. But was he Jewish?

To which Abq Jew must respond:

And by the way: Landmark Musicals' 2017 season promises to be just as entertaining as 2016's. Or the previous eight's. 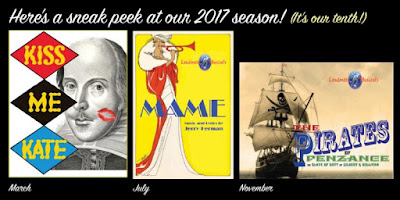