A Lamed-Vavnik Passes: During the course of his brief (by his standards) life so far, Abq Jew has been blessed to stand in the physical and moral presence of two of the 36 Righteous People upon whose merit the world continues to exist. 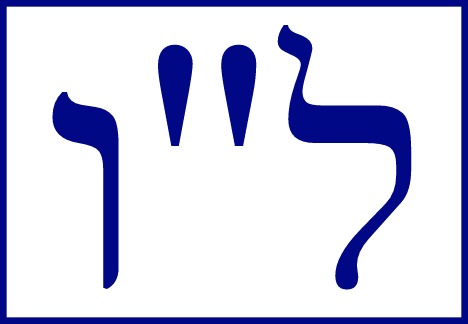 The first, of course, was the Rebbe. 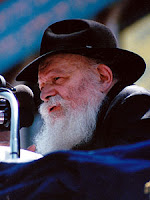 Menachem Mendel Schneerson (April 5, 1902 OS – June 12, 1994), known to many as the Rebbe, was a Russian Empire-born American Orthodox Jewish rabbi, and the last Lubavitcher Rebbe.

He is one of the most influential Jewish leaders of the second half of the 20th century.

As leader of the Chabad-Lubavitch movement, he took an insular Hasidic group that almost came to an end with the Holocaust and transformed it into one of the most influential movements in world Jewry, with an international network of over 3,000 educational and social centers.

The institutions he established include kindergartens, schools, drug-rehabilitation centers, care-homes for the disabled and synagogues.[

One Shabbos morning in 1975, Abq Jew walked all the way across Brooklyn (a bit over three miles), from East Midwood to Crown Heights, to daven at 770 Eastern Parkway, Lubavitcher (Chabad) Headquarters.

The awe, the reverence, the electricity in the room when the Rebbe entered was like nothing Abq Jew had ever felt - or has felt since. But there were two that came close.

They were, of course, when Abq Jew and his son, Dov Yellin the Film Editor (et al), traveled from Aberdeen, New Jersey to the 92nd Street Y in Manhattan - twice! - to hear Elie Wiesel teach. 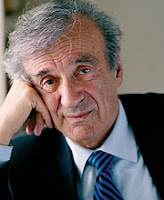 He was the author of 57 books, written mostly in French and English, including Night, a work based on his experiences as a prisoner in the Auschwitz and Buchenwald concentration camps.

Wiesel was awarded the Nobel Peace Prize in 1986, at which time the Norwegian Nobel Committee called him a "messenger to mankind," stating that through his struggle to come to terms with "his own personal experience of total humiliation and of the utter contempt for humanity shown in Hitler's death camps", as well as his "practical work in the cause of peace", Wiesel had delivered a message "of peace, atonement and human dignity" to humanity.

Twice! - because Abq Jew thought it was important that his son (then in high school) hear Elie Wiesel's testimony and experience his presence in person.

Once, we did the trip - 50 miles each way - by car; the other time, by public transportation. Abq Jew does not remember - it's more than 15 years ago (heck, it's more than 15 minutes ago) - which was first, but Abq Jew & Son vowed never to do that again, and chose the alternate method for the second trip.

Here in the Land of Enchantment, Mr & Mrs Abq Jew can go from our home in Abq's Upper West Side to "downtown" Santa Fe in under an hour - also about 50 miles.

But the trip to the 92nd Street Y took about two hours in (against rush hour); and, late on a weeknight, more than three hours back (inexplicably). By both methods.

And it was worth every minute.

To hear Elie Wiesel teach (whenever he spoke, he taught), in person, with force, with power, with moral conviction - this is why he was here. Learning directly from him was an honor and a privilege.

Which brings us back to the 36 Righteous People - the Lamed-Vavniks.


The Jewish legend of the Lamed Vovniks describes thirty-six righteous men in every generation upon whose merit the world is kept from entire destruction.

Based in part on the story of Abraham and his conversation with the Lord about the destruction of Sodom in Genesis 18, the Lamed Vovniks are those who, by virtue of their compassion for others and the prayers they offer, cause the Lord to answer, “I will spare all the place for their sakes” (Genesis 18:26).

Most versions of this legend declare that the hidden thirty-six are unknown to the world and cannot be known, to others or to themselves.

They are humble servants of their fellows, tirelessly working to dry tears, show compassion, and shoulder the burdens of those who suffer.

Like the Israelites in the Sinai wilderness, they have felt of the Shekhinah, the Divine Presence. They have recognized the power of God in their lives-the pillars of cloud and of fire-which guides them and protects them.

The Lamed Vovniks are not powerless in this wicked world. Rather, they use the gifts and talents which they possess to lift all those around them. They help to save us all.

By now, Abq Jew struggles but believes, the Holy One, Blessed Be He, has answered all of Elie Wiesel's questions. Or, an alternative: By now, Elie Wiesel has been called as the Final Witness in The Trial of God.

For us, the questions remain.