At Temple Beth Mel: It has been a couple of years since Abq Jew shared something from Andrew Silow-Carroll, Editor-in-Chief of the New Jersey Jewish News (see Laughing at Pew; Laughing at Pew 2; and Jewish Jokes for Dark Days). 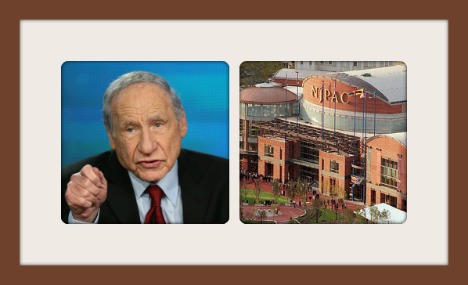 These are dark days, and they will be getting darker until 9:49 pm (Albuquerque Time) on Monday, December 21 - the Winter Solstice. Mirth is in short supply. Fortunately, Mr Silow-Carroll has once again written a column worthy of public dissemination.

Abq Jew strongly encourages you to read Mr Silow-Carroll's column in its entirety. But if you haven't the strength to click here, here are a few highlights.


Davening at the House of Brooks

In 1975, National Lampoon writer Gerald Sussman proposed The Mel Brooks Religion. It would meet in chapels called Houses of Brooks, which were “perfect replicas of the old neighborhood movie theaters Brooks used to attend as a child.”

The faithful would chant prayers, blessings, and hymns all derived from the Brooks oeuvre — “his jokes, shticks, skits, and pieces of business from his movies, records, and TV shows.”

After the showing of one of his films, Brooks himself would appear to deliver a sermon, an “indescribable, unpredictable piece of comic material that goes beyond comedy, into something truly ecstatic.”

Last week, I think I attended a House of Brooks. In Newark.

On Thursday, Oct. 15, I joined some 3,000 people at the New Jersey Performing Arts Center for a wide-screen showing of his 1974 Western parody Blazing Saddles, followed by an onstage interview with the director, writer, actor, and all-around tummler himself.

At one point in the day, I had considered staying home to watch Game 5 of the Mets-Dodgers series. I don’t know what I was thinking; had I gone with the game I would have missed an astonishing and delightful night.


On the way out I ran into a rabbi friend, who said, “I felt I was part of something historic.” I knew just what he meant.

In Lampoon, Sussman described how services at the Houses of Brooks would end: “Several prayers to Brooks are offered, to his everlasting health, so he can bring humor and laughter to our troubled world.” 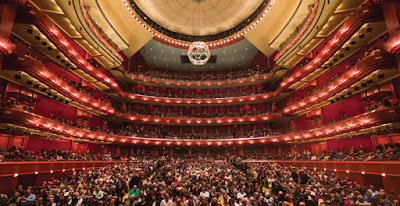 This is a photograph of the interior of NJPAC's Prudential Hall, which is used for all types of big performances and major events. It seats - as shown -  2,868. And it is often sold out, filled to capacity, standing room only. And it's in Newark.


How is your synagogue doing?
Temple Beth Mel fills the seats. Temple Beth El - probably not so much.