A Victory for Religious Freedom

The Pastafarian Tradition: Just like you, Abq Jew has been watching the news this week. There has been a lot of news, and, as we all know, most of it has been bad.

But some of it has been good, and Abq Jew is eager to tell you about it. But first -


During his many years at The Jewish Theological Seminary of America (see Wanna Be A Rabbi? and Rabbi School Dropout), during his subsequent years studying the religious traditions of the world, Abq Jew not once (to his failing memory) encountered the Church of the Flying Spaghetti Monster.


You know - the Pastafarians.

Although adherents describe Pastafarianism as a genuine religion, it is generally seen by the media as a parody religion.

And the media - what do they know about religious truth? (Or any truth, for that matter.) Wikipedia continues:


The "Flying Spaghetti Monster" was first described in a satirical open letter written by Bobby Henderson in 2005 to protest the Kansas State Board of Education decision to permit teaching intelligent design as an alternative to evolution in public school science classes.\

In that letter, Henderson satirized creationism by professing his belief that whenever a scientist carbon-dates an object, a supernatural creator that closely resembles spaghetti and meatballs is there "changing the results with His Noodly Appendage."

After Henderson published the letter on his website, the Flying Spaghetti Monster rapidly became an Internet phenomenon and a symbol of opposition to the teaching of intelligent design in public schools.


Which brings us to Lindsay Miller of Lowell, Mass. - a courageous Pastafiarian who insisted upon and achieved her right to be photographed for her Massachusetts driver's license with a colander (that's a spaghetti strainer, by the way) on her head.

Ms Miller (says the New York Daily News) was previously denied a license renewal in August under Massachusetts Registry of Motor Vehicles policy that does not permit hats or head coverings except for religious reasons.


"They were kind of laughing at me," Miller told the Boston Globe.

"I thought of other religions and women and thought that this was not fair. I thought, 'Just because you haven't heard of this belief system, [the RMV] should not be denying me a license," she said.

"The fact that many see this is as a satirical religion doesn't change the fact that by any standard one can come up with our religion is as legitimate as any other. And *that* is the point,” according to a posting on the church’s web site.

Or you can visit the Church's website and view this entertaining and informative video:

And then there's the Military Religious Freedom Foundation, led by New Mexico's own Mikey Weinstein, which actually fights for religious freedom in the US military. But only because it has to. 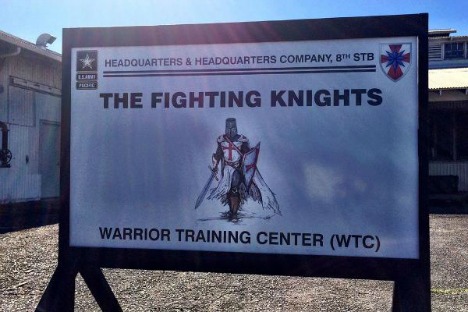 Plus offensive to Jews (who remember the Crusades differently than Muslims or Christians) and plenty of others.


And that brings us to Abq Jew's final entry in this week's What Were They Thinking? competition - the game between the "New York" Jets and the Buffalo Bills played last Thursday - November 12 (Rosh Hodesh Kislev!) that The New York Times even wrote about.

The Bills, for the NFL's Color Rush promotion, wore red uniforms, with one white stripe down the leg, two white stripes at the shoulder, and white helmets.

To the colorblind (8% of males, 0.5% of females), the game was in good old black and white. As The Times reported:

Arnold is among that subset of the population with red-green colorblindness, and the all-green uniforms worn by the Jets and the all-red ones of the Bills turned the viewing experience into headache-inducing misery.

The Jets’ green looked green to Arnold. But so did the Bills’ red. To him, everyone looked like a Jet, even though they were never penalized for having too many men on the field.

“I’d watch for three, four minutes and then I’d just say, ‘I can’t figure it out’ and change the channel,” said Arnold, the special teams coordinator at Division II Northwood University in Midland, Mich.

“If the graphics from the NFL Network weren’t on the bottom of the screen, I couldn’t tell if the Jets or the Bills had the ball.”

It was not what he had expected when he turned on the television after putting his three children to bed. He said he asked his wife, Mandy, to watch “to make sure I wasn’t going crazy."

This Thursday we again stand with Israel.