Jane Ellen @ OASIS Albuquerque: The 4th of July is a long way from Thanksgiving (145 days this year, to be exact). So Abq Jew is pretty sure he will be the first to remind the world of the 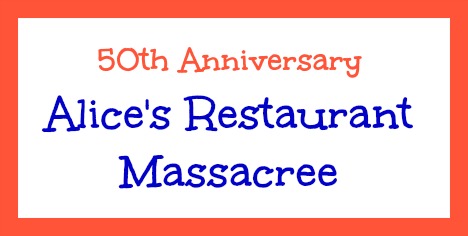 Abq Jew here writes not of the song, but of the event (or series of events) that inspired it. 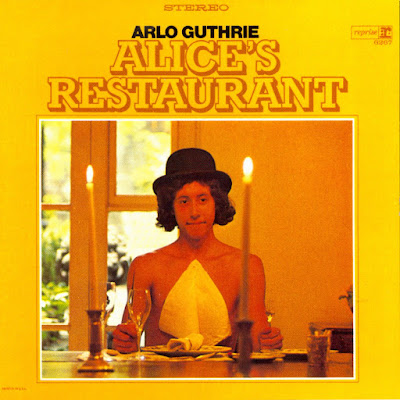 Now, the story of the Alice's Restaurant Massacree (as the song is properly known) began back on Thanksgiving Day in 1965.

The Alice in the song (Wikipedia tells us) was restaurant-owner Alice Brock, who in 1964 used $2,000 supplied by her mother to purchase a deconsecrated church in Great Barrington, Massachusetts,


Now it all started two Thanksgivings ago ... two years ago, on Thanksgiving, when my friend and I went up to visit Alice at the restaurant.

But Alice doesn't live in the restaurant; she lives in the church nearby the restaurant, in the bell tower with her husband Ray and Facha, the dog.

And livin' in the bell tower like that, they got a lot of room downstairs where the pews used to be. And havin' all that room (seein' as how they took out all the pews), they decided that they didn't have to take out their garbage for a long time. 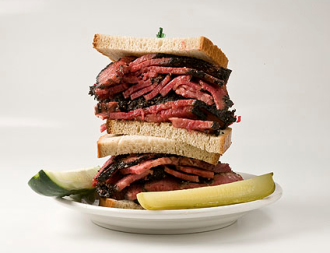 Now what, Abq Jew hears you ask, does this have to do
with the price of pastrami in Poughkeepsie?

And the answer is ... nothing much. Except that Arlo is, in fact, a dyed in the wool MOT, although the color has faded somewhat over the years. As Wikipedia tells us


Arlo Guthrie was born in Brooklyn, New York, the son of folk singer and composer Woody Guthrie and his wife Marjorie Mazia Guthrie. His sister is record producer Nora Guthrie.

His mother was a one-time professional dancer with the Martha Graham Company and founder of the Committee to Combat Huntington's Disease, the disease that took Woody's life in 1967.

His father was from a Protestant family and his mother was Jewish. His maternal grandmother was renowned Yiddish poet Aliza Greenblatt.

And what, Abq Jew hears you ask, has Arlo managed to accomplish in the fifty (50) years, less 144 days, between the Massacree and now? Well ... a few things.

The Guthrie Center (that's a hint!) website tells us


In 1991, Guthrie bought the church that had served as Alice and Ray Brock's former home in Great Barrington, Massachusetts, and converted it to the Guthrie Center, an interfaith meeting place that serves people of all religions.

The center provides weekly free lunches in the community and support for families living with HIV/AIDS as well as other life-threatening illnesses. It also hosts a summertime concert series and Guthrie does six or seven fund raising shows there every year. 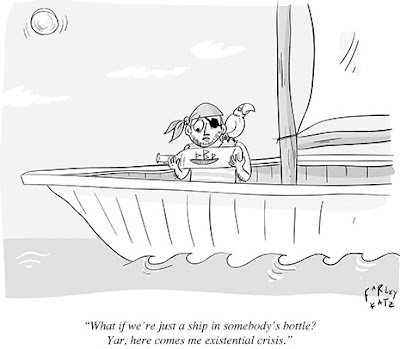 And what, Abq Jew hears himself ask, has he managed to accomplish in the fifty (50) years, less 144 days, between the Massacree and now? Well ... a few things.

Which may not rank up there with Alice's Restaurant and the Guthrie Center.

When Abq Jew ponders the knowledge and values he will pass on to his kids  - he realizes that Dov and Alex have no idea who Arlo Guthrie is or what Alice's Restaurant meant to a whole generation of anti-war kids way back when.


They have never heard the song. The phrase
"twenty-seven 8 x 10 colored glossy photographs
with circles and arrows and a paragraph on the back
of each one explainin' what each one was"
means nothing in particular to them.
So - this is for the kids.