The Shuls Where We Don't Belong 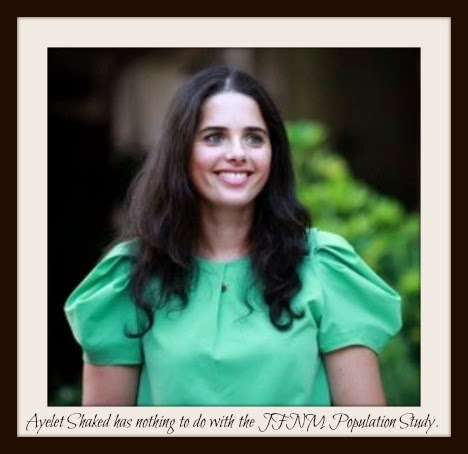 And if you've been following (you have, haven't you?), you must surely expect that the beautiful and talented Ayelet Shaked has nothing at all to do with the JFNM Population Study.

What she does have to with (as an MK, Member of the Knesset) is the Lobby for Israeli Literature and the Encouragement of Reading in Israel; the Lobby for English-Speaking Immigrants; and (et al) the Lobby for Jonathan Pollard.

And as of March 17 - Israel's upcoming Election Day, curiously scheduled for St Patrick's Day - she could be something altogether different. Ms Shaked is currently Number Three on the list for הַבַּיִת הַיְהוּדִי, HaBayit HaYehudi.

Let's see what the Survey has to say about the religious sensibilities of the New Mexico Jewish community. 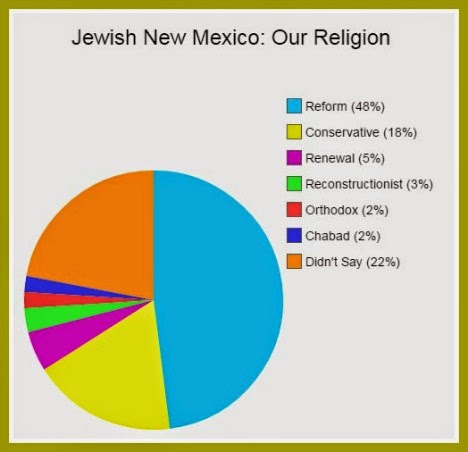 The first thing Abq Jew noticed was the large number (22%) of "Didn't Say" responses. But it turns out this is lower than the national average, where 30% say "None" and 6% say "Other."

48% of New Mexican Jews claim to be Reform, compared to 35% nationally. Recalling that the Survey (see Lost Jewish Tribe Discovered) claims (with scientific basis) there are 24,000 Jews in the Land of Enchantment, Abq Jew did some math:

There are, by Abq Jew's count, exactly four (4) URJ dues-paying Reform congregations in New Mexico. If their memberships are divided equally, each should have 2,880 members. If each member unit (as synagogues count these days) comprises 3.0 members ...


Each Reform congregation
should have 960 member units. 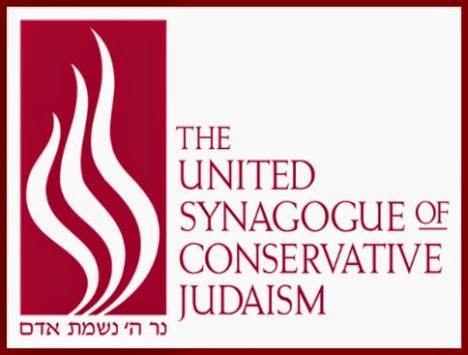 18% of New Mexican Jews claim to be Conservative, exactly the same as do nationally. Abq Jew again did some math:

There is, by Abq Jew's count, exactly one (1) USCJ dues-paying Conservative congregation in New Mexico. It should have 4,320 members. If each member unit (as synagogues count these days) comprises 3.0 members ...


This Conservative congregation
should have 1,440 member units.

What's the problem here? Could this be - perish the thought - an example of ...

Another way to look at these data: 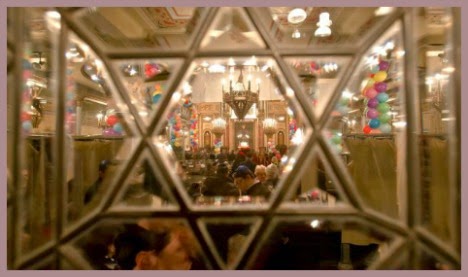 The synagogue they don't go to.
Unlike the old joke, this raises serious questions about the meaning of
community, involvement, and commitment in New Mexican Jewish life.
It's a whole new ballgame; the old rules no longer apply.

Could there, Abq Jew hears you ask, be a more poignant reminder of the deathly dangers of faulty logic (and witch misidentification) than this Monty Python video?

No, Abq Jew assures you, there couldn't.