God and the World: Are We in Conflict? 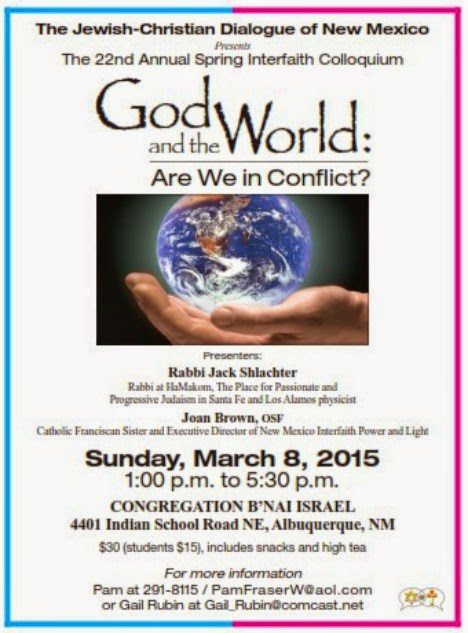 Speakers will include
Topics to be considered include:
The registration fee for the Colloquium of $30 includes snacks and high tea. Students can attend for $15. Register online with a credit card at GailRubin.com. 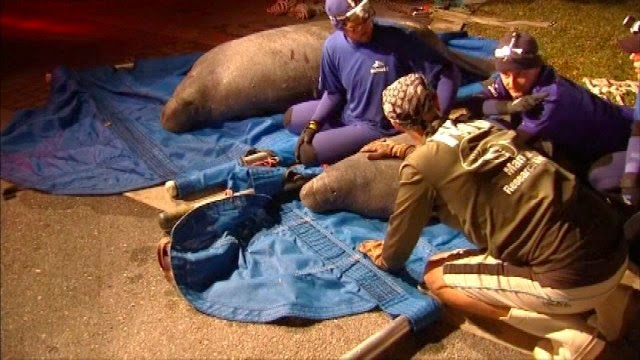 The workers used earth-moving equipment -- and a gentle touch.

All the rescued manatees were released back into the wild.

Officials said some 11 others apparently got out on their own.

Florida Fish and Wildlife Conservation Commission marine biologist Ann Spellman said she was acting on a hunch when she called city workers and asked them to check the drainage pipes Monday.

You can read the rest of the story here, and watch the accompanying video here.

This is exactly what the Holy One, Blessed Be He
had in mind when He said (in the continuation of Genesis 1:28)
וּרְדוּ בִּדְגַת הַיָּם, וּבְעוֹף הַשָּׁמַיִם, וּבְכָל-חַיָּה, הָרֹמֶשֶׂת עַל-הָאָרֶץ
and have dominion over the fish of the sea, and over
the fowl of the air, and over every living thing
that creeps upon the earth.
No, He wasn't thinking about coyote killing contests.