Mourning Jerusalem Still: The two days of Rosh Hashanah 5774 have passed, as have Shabbat Shuvah (Sabbath of Repentance) and a good portion of Tzom Gedaliah (Fast of Gedaliah). 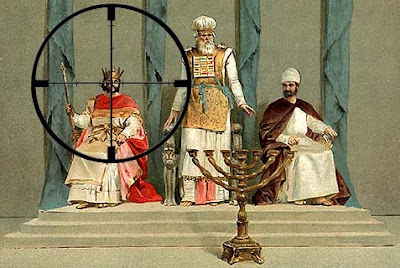 And Abq Jew knows you are asking:


Who was Gedaliah?
If he didn't fast for me - why should I fast for him?

Well. Says The Jewish Press (whence the above photo):


Tzom Gedaliah (Fast of Gedaliah) is an annual fast day instituted by the Jewish Sages to commemorate the assassination of Gedaliah ben Achikam, the Governor of Israel during the days of Nebuchadnetzar King of Babylonia.

As a result of Gedaliah’s death the final vestiges of Judean autonomy after the Babylonian conquest were destroyed, many thousands of Jews were slain, and the remaining Jews were driven into final exile.

But - wouldn't you know it? - Wikipedia offers more:


When the Babylonian king Nebuchadnezzar conquered Jerusalem, he killed or exiled most of its inhabitants and appointed Gedaliah, son of Achikam, as governor of the now-Babylonian province of Judah.

Many Jews who had fled to Moab, Ammon, Edom, and other neighboring lands returned to Judah, tended the vineyards again, and enjoyed a new respite after their earlier suffering.

However, Baalis, king of Ammon, was hostile and envious of the Judean remnant and sent a Judean, Yishmael ben Netaniah, who was descended from the royal family of Judea, to assassinate Gedaliah.

In the seventh month (Tishrei) of 582/1 BCE (some four to five years following the destruction of the Temple, although the exact year is unclear and subject to dispute; others claim the assassination took place in the same year as the destruction), a group of Jews led by Yishmael came to Gedaliah in the town of Mitzpa and were received cordially.

Gedaliah had been warned of his guests' murderous intent, but refused to believe his informants, having the belief that their report was mere slander.

Yishmael murdered Gedaliah, together with most of the Jews who had joined him and many Babylonians whom the Babylonian King had left with Gedaliah.

The remaining Jews feared the vengeance of the Babylonian King (in view of the fact that the King's chosen ruler, Gedaliah, had been killed by a Jew) and fled to Egypt.

Abq Jew, you should know, is not a big fan of fasts. (Feasts are another thing; you'll find Abq Jew first in line at the buffet table.) 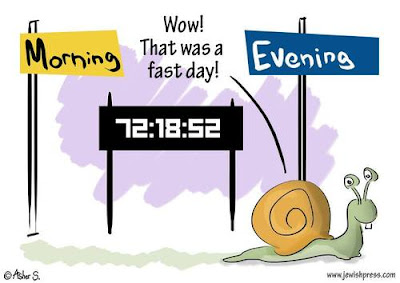 But even Abq Jew must concede that Tzom Gedaliah falls perfectly (if one must fast) on the third day of Tishrei - the day after Rosh Hashanah. Who can even look at food after two days of Yontif?


And 5774 (and other years when Rosh Hashanah falls on Thursday-Friday) all the more so, because we've just gotten past a three-day Yontif-Shabbos eating-day combo.

(With the sole exception of Yom Kippur, we are not permitted to fast on Shabbat.
The Fast of Gedaliah is therefore "pushed-off" until today, Sunday.)

And as we are now well into the Ten Days of Repentance, Abq Jew wishes you: