... a unique educational program for adults age 50-plus who want to learn, grow and explore new ideas. We promote successful aging through lifelong learning, health programs and volunteer engagement. OASIS Albuquerque has just announced their Fall 2013 line-up of classes.


Registration will open on Wednesday September 4

John Steinbeck: A Chautauqua Presentation
Thu 26 Sep 2013 @ 10:30 am - #60
Instructor: Noel Pugach
What It Is: John Steinbeck won the Nobel Prize for Literature, the Pulitzer Prize, and the National Book Award. His novels and short stories, above all The Grapes of Wrath, captured the American landscape in the 1930s and 1940s. But Steinbeck was also a screenwriter, World War II correspondent, journalist, inveterate world traveler, and friend to many famous Americans. Dr. Pugach's impersonation captures the many sides of Steinbeck using the theme of "the traveling man."

Exodus! (screenplay by King Josiah)
Mon 30 Sep 2013 @ 1:00 pm - #32
Instructor: Richard M Berthold
What It Is: Early Hebrew history in the Bible has long been discounted by some as essentially fiction, but what about the Exodus? Did the foundational event in Judaism actually happen? Hear about the composition of the Hebrew Scripture and the archaeology of the Holy Land. We will look into the possibility that the saga of early Israel was entirely created at the end of the 7th century BCE by the Israelite King Josiah.

Abraham Joshua Heschel: A Prophet for Our Time
Thu 03 Oct 2013 @ 10:30 am - #63
Instructor: Paul J Citrin
What It Is: Rabbi Abraham Heschel was one of the great theologians and social activists of the 20th century. His teachings, through the written word and deed, continue to speak to humanity, and to motivate and shape religious people of all persuasions and all who are concerned for humanity's future.

Happiness: Jewish Wisdom & Contemporary Psychology
Thu 03 Oct 2013 @ 1:00 pm - #26
Instructor: Min Kantrowitz
What It Is: What can Jewish wisdom teach us about how to be happy? What does contemporary "positive psychology" teach about the same subject? Can these approaches support each other? We'll learn and also practice being happy together!

Friday Recital: Southwestern Sounds & New Deal Era
Fri 04 Oct 2013 @ 1:00 pm - #56
Instructor: John Feldman
What It Is: The New Deal encompassed a lot more than buildings, murals, and conservation projects. The popular music known as Western Swing was a lively counterpart to government programs. Musician John Feldman will shine light on such musicians as Jimmie Davis, Milton Brown, Bob Wills, and Ernest Tubb. Come enjoy both recorded and live music to understand how these bands intersected with Roosevelt era politics and to get a flavor of the 1930s and '40s in the Southwest.

Putting It Together: Stephen Sondheim
Mon 07 Oct 2013 @ 1:00 pm - #47
Instructor: Jane Ellen
What It Is: Stephen Sondheim (1930- ) may be known for penning songs that people cannot sing along with, but no one will deny him his unique place in American musical theatre history. From collaborations with Leonard Bernstein on West Side Story to Jule Styne on Gypsy, Sondheim’s passion to control both words and music have culminated in a new theatrical format: the concept musical. We will hear copious audio examples from his works and view a film clip.

A Caregiver's Guide to Dementia
Tue 08 & 15 Oct 2013 @ 10:30 am - #27
Instructor:  Janet Yagoda Shagam
What It Is: Many of us must take on the role of family caregiver to a person who has dementia. This presentation will offer practical information to help navigate the complex world of dementia care. The first session will focus on the kinds of dementia, diagnosis, legal issues, a description of the typical family caregiver and ways to find paid caregivers. Session two will explore taking care of yourself, managing behavior, medications, local support services, finding and financing residential care, elder abuse, end-of-life considerations, grief, and settling the estate. Note: Class format will be a combination of informal lecture, class discussion, and hands-on activities.

President Harry S Truman & the Beginning of the Cold War
Wed 30 Oct 2013 @ 10:30 am - #34
Instructor: Noel Pugach
What It Is: When he returned from meeting the Council of Foreign Ministers in December 1945, President Truman told Secretary of State Jimmy Byrnes, "I’m tired of babying the Russians." Over the next four years, the Cold War between the US and the Soviet Union intensified. To what extent was Truman to blame? Why did the Cold War erupt as it did? We will analyze the growing conflicts between the United States and the Soviet Union with emphasis on the Middle East and Europe.

Jazz Legends: Mel Tormé
Thu 07 Nov 2013 @ 1:00 pm - #49
Instructor: Jane Ellen
What It Is: Mel Torme (1925-1999) had the distinction of being a child prodigy who made his first public appearance at the age of four; a jazz composer and arranger; a professional drummer; a talented multi-instrumentalist; an actor in radio, film, and television; and the author of five books. Along the way he also managed to sing a song or two, as well as compose over 250 songs, including the holiday chestnut The Christmas Song.

Spinoza: Heretic or the God-Intoxicated Man?
Tue 12 Nov 2013 @ 10:30 am - #67
Instructor:  Michael Nutkiewicz
What It Is: Benedict or Baruch Spinoza (17th century) is regarded by many as the first modern European man. Excommunicated as a heretic by the Dutch Jewish community, he has also been called the "God-intoxicated man." We will look at Spinoza's life and the circumstances surrounding his excommunication. We will touch upon his philosophy as well as his critique of religion, and end with the question: what makes Spinoza "modern?"

There Goes Rhymin' Simon
Thu 21 Nov 2013 @ 1:00 pm - #51
Instructor: Jane Ellen
What It Is: Paul Simon (1941-) rose to commercial success in the 1960s as half of the duo Simon & Garfunkel, but has since led a career which has taken him from the recording studio to film soundtracks, and even the Broadway stage. He championed the sounds of world music by introducing the South African group Ladysmith Black Mambazo on his Graceland album. Honored with a Grammy Lifetime Achievement Award in 2001, Simon is still active.

How the Jews Kept their Secrets in Spain
Thu 05 Dec 2013 @ 10:30 am - #38
Instructor: Norma Libman
What It Is: In 1492 Spain gave all non-Christians (Jews, Moslems, gypsies, anyone who could be defined as a heretic) a choice: leave, convert, or die. Many Jews converted but retained their Jewish practice in secret, risking apprehension for heresy. We will look at how the Jews lived their secret lives in Spain, attempting to bridge two worlds, and later brought those same secrets to New Mexico and other parts of the New World. 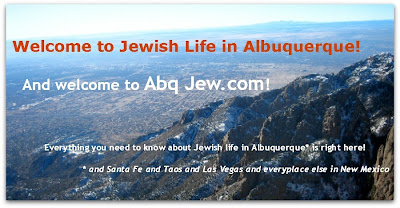