92Y Live via Satellite: The Jewish Community Center of Greater Albuquerque and Congregation Albert invite you to participate - in person and by satellite - in the first of an exciting series of live offerings by New York's 92nd Street Y. 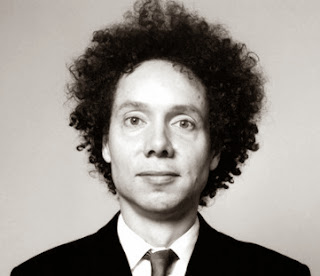 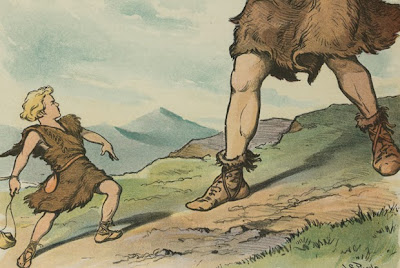 Why are we so often surprised when underdogs win? Do Goliaths make mistakes in spite of their strength — or because of it? Why are the childhoods of people at the top of so many professions marked by deprivation?

Malcolm Gladwell uncovers the hidden rules that shape the balance between the weak and the mighty.

Malcolm Gladwell has been a staff writer with The New Yorker magazine since 1996.

He is the author of several books including, The Tipping Point: How Little Things Make a Big Difference, (2000), Blink: The Power of Thinking Without Thinking (2005), and Outliers: The Story of  Success (2008).

His new book is David and Goliath.


Malcolm Gladwell Has a Theory for Everything -
Except Inscrutability


Who is right?
Come to the 'J' and find out!
and/or see
Alan Dershowitz & Jeffrey Toobin
Ari Shavit & David Remnick
in November! 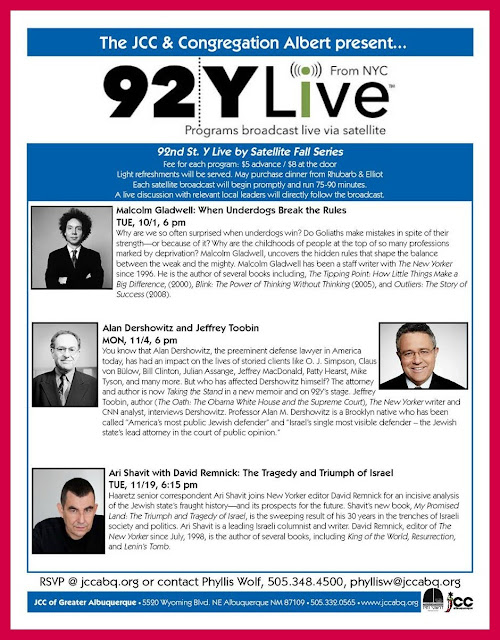