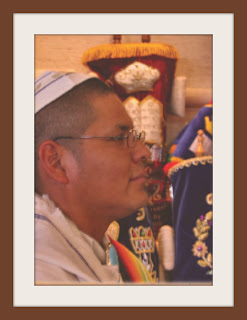 If you've been around Albuquerque for a while, you've probably run across the one and only Shawn Price.

Paul Logan wrote about Shawn in Navajo Man Says Judaism Enhances Indian Beliefs, an article that appeared in the Albuquerque Journal in 2004:


Shawn Price plays a trumpet in the Navajo Nation Band and blows a shofar at Congregation B'nai Israel.

Price is an American Indian on a different spiritual path: He is a Navajo who is Jewish.

A convert to Judaism in 1998, Price says there are no simple answers as to why he became a Jew. He says his "connection to Judaism is the tribalness to it."

And JTA's Ben Harris wrote about Shawn in 2010 in his blog, The Wandering Jew:


I've met my share of people with interesting stories of Jewish awakening, but this may well be the most improbable. Price was raised in Arizona to Navajo parents who had embraced Pentecostalism, the religion of Sarah Palin. Pentecostals love Israel, and Price heard a lot about this country as a kid. A minister returning from a mission to Israel gave him a photo of men praying at the Western Wall that became a prized possession. 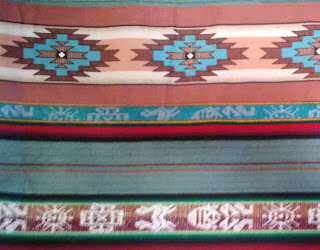 Abq Jew also notes that the Congregation B'nai Israel  Judaica Gift Shop carries - exclusively, to the best of his knowledge - handmade Shawn Price tallitot, of one of which Abq Jew is the proud owner & wearer.

Not available on Rodeo Drive!

And speaking of Congregation B'nai Israel - there's a free concert this Sunday! 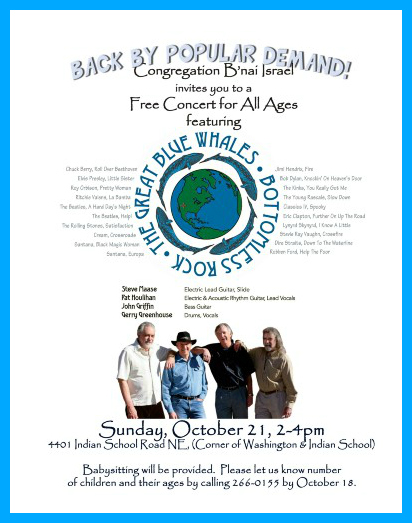