¡Globalquerque! Update:  You may recall that Abq Jew introduced Daniel Kahn and The Painted Bird in July 2011's March of the Jobless Corps. Their music has been described as "a mixture of Klezmer, radical Yiddish song, political cabaret and punk folk." 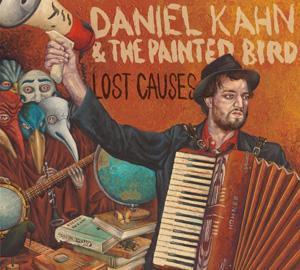 Well, Daniel Kahn & The Painted Bird are among the excellent performers at this year's

As Abq Jew points out on his Go Do page: This is not going to be your traditional Shabbos. But it could be entertaining, politically worthwhile, and religiously meaningful.

Oy, politics and religion. By Friday September 21 it will no longer be Labor Day - it will be erev Shabbos Shuvah, the Sabbath of Repentance. How appropriate! But it is Labor Day today, so let's celebrate what labor - unions! - have done for us. 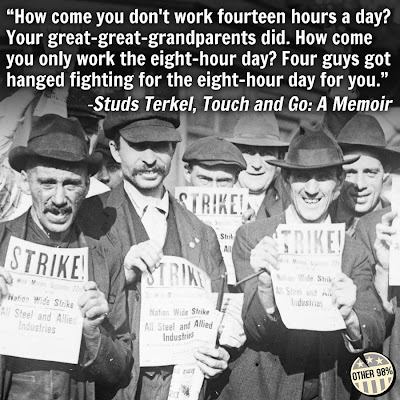 Union! Abq Jew seldom gets political, but his grandfather alav hashalom was a Wobbly. And his great-grandfather zichrono l'bracha (for whom he was named, aka Popsy) was a union organizer. So Abq Jew plans to vote with the Democrats this fall and urges you to do the same.

This is despite the moving story of Republican challenger Mitt Romney's amazing rise from the boulevards - a story that inspires millionaires everywhere. In fact, Move On has produced a poignant video, The Man from Bloomfield Hills, to show just how much Mitt is - hey, just like you & Abq Jew!

Wait a minute! Abq Jew hears you cry. Mitt Romney has an economic plan that will solve all his our problems and get him us back on the road to prosperity!  OK - Mitt hasn't actually presented a plan, but rumor has it that Mitt thinks Paul Ryan's plan (which he borrowed from Ayn Rand) is pretty good!

Not so fast! Robert Reich points out. Here is what Paul Ryan's economic plan actually means. And it's not good for Abq Jew, and it's probably not good for you.

Too serious for an American holiday? OK, then - just thank organized labor and enjoy

March of the Jobless Corps