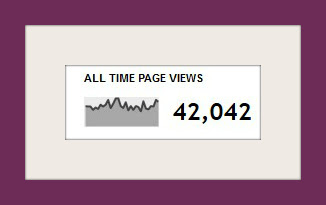 Why, Abq Jew hears you ask, should someone pick 42,042 as a milestone? 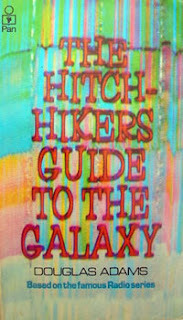 The answer may be found in


The Hitchhiker's Guide to the Galaxy

Our traveling companion Wikipedia informs us


The Hitchhiker's Guide to the Galaxy is a science fiction comedy series created by Douglas Adams. Originally a radio comedy broadcast on BBC Radio 4 in 1978, it was later adapted to other formats, and over several years it gradually became an international multi-media phenomenon.

Adaptations have included stage shows, a "trilogy" of five books published between 1979 and 1992, a sixth novel penned by Eoin Colfer in 2009, a 1981 TV series, a 1984 computer game, and three series of three-part comic book adaptations of the first three novels published by DC Comics between 1993 and 1996.

There were also two series of towels, produced by Beer-Davies, that are considered by some fans to be an "official version" of The Hitchhiker's Guide to the Galaxy, as they include text from the first novel.

A Hollywood-funded film version, produced and filmed in the UK, was released in April 2005, and radio adaptations of the third, fourth, and fifth novels were broadcast from 2004 to 2005. Many of these adaptations, including the novels, the TV series, the computer game, and the earliest drafts of the Hollywood film's screenplay, were done by Adams himself, and some of the stage shows introduced new material written by Adams.

The title is the name of a fictional, eccentric, electronic travel guide, The Hitchhiker's Guide to the Galaxy, prominently featured in the series.

That's all well and good, Abq Jew hears you say. But where does the number 42 fit in?


In the first novel and radio series, a group of hyper-intelligent pan-dimensional beings demand to learn the Answer to the Ultimate Question of Life, The Universe, and Everything from the supercomputer, Deep Thought, specially built for this purpose. It takes Deep Thought 7½ million years to compute and check the answer, which turns out to be 42. The Ultimate Question itself is unknown.

How, pray tell, can one derive the Ultimate Question?


At the end of the radio series (and television series, as well as the novel The Restaurant at the End of the Universe) Arthur Dent, having escaped the Earth's destruction, potentially has some of the computational matrix in his brain. He attempts to discover The Ultimate Question by extracting it from his brainwave patterns, as abusively suggested by Ford Prefect, when a Scrabble-playing caveman spells out forty two.

Arthur pulls random letters from a bag, but only gets the sentence

"What do you get if you multiply six by nine?"

Baseball fans will note that Jackie Robinson wore number 42, and that the number 42 has been retired from all Major League Baseball teams - except one. 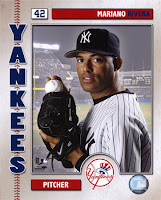 New York Yankees fans (of which Abq Jew is certainly one) will note that the exception is relief pitcher Mariano Rivera.


Rivera is the last of a dozen players who were allowed to continue to wear number 42 ... when Major League Baseball retired it in 1997. It happened to be the same year Rivera became the Yankees’ closer.

For now, Abq Jew leaves you with these thoughts:


There is a theory which states that if ever anyone discovers exactly what the Universe is for and why it is here, it will instantly disappear and be replaced by something even more bizarre and inexplicable.

There is another theory which states that this has already happened. 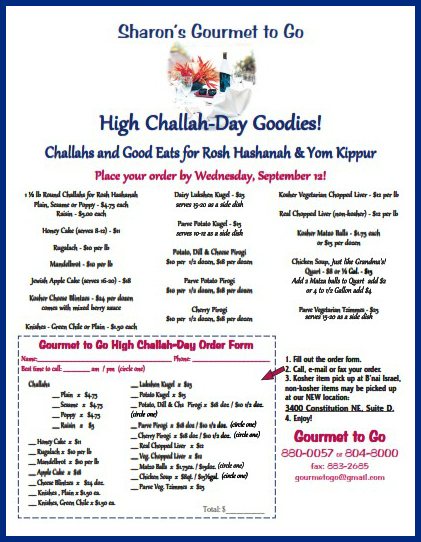