Moses On The Mesa

The Life and Times of Solomon Bibo:  Every Jew in New Mexico (claims Abq Jew) knows the story of Solomon Bibo, the German-Jewish immigrant who came to the Land of Enchantment in the 1800s, married a NAP (Native American Princess), and became a real macher in Acoma, his wife's pueblo.

No Jew outside New Mexico (claims Abq Jew) knows the story. But (claims Abq Jew) they will soon. That's because a team led by Paul Ratner (and including his wife, Petra Ratner; noted NM actor Ron Weisberg (he just starred in Paloma); and Abq Jew's son, Dov Yellin the Film Editor) are about to release ... wait for it ...


Moses On The Mesa
The Ballad of Don Solomono 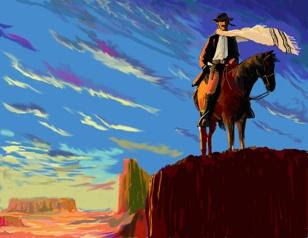 
Moses On The Mesa is inspired by the real life of a man named Solomon Bibo. He was a Jewish boy from Germany who came to the Wild West in the late 1800s. He learned how to ride a horse, how to shoot a gun, how to play poker with the outlaws and make friends with the "Indians" from his grandpa's tall tales.

He married a pueblo beauty, battled against crooked government agents and became the governor of the oldest settlement in North America. Life threw him many curves after that - he fought for progress but lost to tradition, his friends turned against him, great earthquakes and great depressions wiped him out, but he always fought back... and always remained a Jew... a Moses on the Mesa.

Our project consists of a short fiction film inspired by Solomon's life and a documentary series of conversations with today's Jews about what makes and keeps them Jewish. 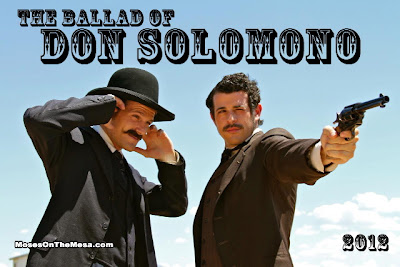 
Through incredible twists of fate, [Solomon] became governor of the indigenous tribe of Acoma whose ancient pueblo (named “Sky City”) sits atop a beautiful and unassailable cliff in the middle of a New Mexico desert. Solomon became known to the Indians as “Don Solomono” and married the granddaughter of the tribe’s former governor.

Solomon’s amazing story spans the Napoleonic Wars, the aftermath of the American Civil War, the building of the Santa Fe railroad, the American Indian Wars (and such famous characters as Geronimo), the Great San Francisco Earthquake of 1906, the Great Depression and leads all the way up to World War 2. Solomon’s descendants now live throughout the world. 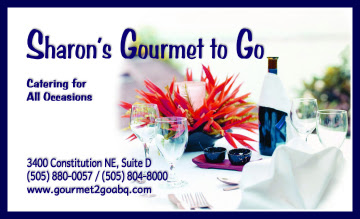 How, Abq Jew hears you ask, did Abq Jew & Son become involved in this project?  It all started a few weeks ago, when Sharon Levin of Gourmet to Go mentioned to Abq Jew that she was going to cater the team's upcoming NM film shoot. 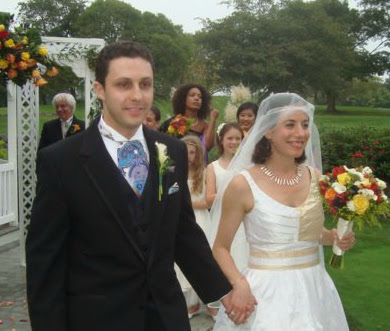 And not a moment too soon! As it turns out, Dov is currently ... between projects. Rachael Ray (where he has been working) is on summer hiatus, and Dov's new project (with his wife Dr Jessica Schnur and a Player To Be Named Later) won't officially begin for another few days. Moses On The Mesa was just the right "in-between" thing to keep Dov Yellin the Film Editor occupied and relatively sane.

You can learn more about Solomon Bibo from Wikipedia. Or from Solomon Bibo: Jew and Indian at Acoma Pueblo, an article by Abq's Gordon Bronitsky. And you can read the blog post From the Mesa, by Isaac of the Foundation for Jewish Culture.

But Abq Jew strongly encourages you to take a long look at the Moses On The Mesa website, which is beautifully done and provides interviews, history, and more.

Yes, despite strong backing from a host of institutions and organizations (including the Six Points Fellowship, the Foundation for Jewish Culture and the Jewish Federation of Greater Los Angeles), the project is looking for additional funding. You can donate here if you wish. But if you don't wish - you could at least "like" MOTM on Facebook!