Of Kentucky and Beyond: The next Blue Moon, the website EarthSky.org informs us, will appear on August 31. Hey - that's tonight! 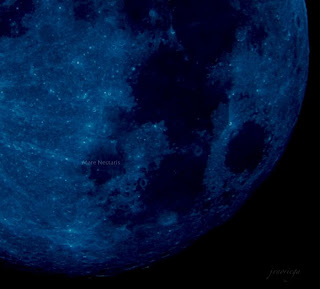 According to modern folklore, a Blue Moon is the second full moon of a calendar month.

There are two more definitions for Blue Moon. It can be the third of four full moons in a single season. Or, someday, you might see an actual blue-colored moon.

Our old friend Wikipedia tells us way more than we want or need to know:


A blue moon can refer to the third full moon in a season with four full moons. Most years have twelve full moons that occur approximately monthly. In addition to those twelve full lunar cycles, each solar calendar year contains roughly eleven days more than the lunar year of 12 lunations. The extra days accumulate, so every two or three years (7 times in the 19-year Metonic cycle), there is an extra full moon. Lunisolar calendars have rules about when to insert such an intercalary or embolismic ("leap") month, and what name it is given; e.g. in the Hebrew calendar the month Adar is duplicated. The term "blue moon" comes from folklore. Different traditions and conventions place the extra "blue" full moon at different times in the year. In the Hindu calender, this extra month is called 'Adhik(extra) masa (month)'. It is also known as purushottam maas, so as to give it a devotional name.

A "blue moon" is also used colloquially to mean "a rare event", reflected in the phrase "once in a blue moon". 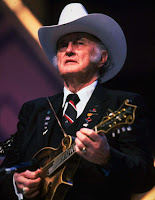 Delving further in the annals of folklore - Bill Monroe gave us the High Lonesome version of Blue Moon of Kentucky.


Blue Moon of Kentucky, keep on shining
Shine on the one that's gone and left me blue 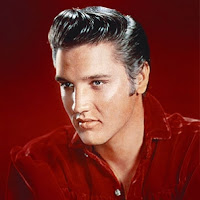 Not to be outdone
(Bill Monroe was the Father (of Bluegrass),
but Elvis was and is the King), Elvis produced
his own version of Blue Moon of Kentucky.

Are there, Abq Jew cannot help but wonder, no Blue Moons other than in the state of Kentucky? How about us here in the Land of Enchantment! What are we - chopped liver (which Abq Jew & mishpocha once again enjoyed tremendously at Ben's Kosher Deli)? 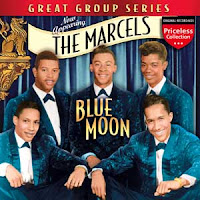 But Abq Jew knows with 100% certainty that you, his readers, don't give a fig about Mr Monroe or Elvis or Kentucky. The only song about Blue Moons you care about is the 1961 hit by The Marcels, which begins with the everlastingly eternal lyrics

So when you go to or come home from shul or wherever tonight, be sure to look up at the sky and enjoy. After all, this only comes around ... well, you know.