Your Living or Your Life: The Men's Club of Congregation B'nai Israel is pleased to announce its first program of the season, for members and prospective members: 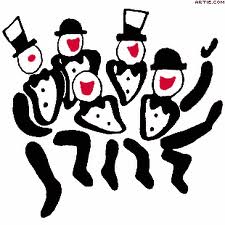 Hearing Men’s Voices is a Federation of Jewish Men’s Club (FJMC) series that enables men in the community to discuss issues that men too frequently do not talk about.

The series is divided into topical areas such as father-son relationships, men’s spiritual issues, men’s health issues, and work-life issues.

Abq Jew would like to point out that - in spite of the spiffy graphic - there may be no singing involved. Instead - what is involved - is meaningful thought and discussion. Click here to learn more about what we'll be discussing as the series progresses.

FJMC is a partnership of over 250 affiliated clubs with more than 20,000 members across North America dedicated to involving Jewish men in Jewish life. FJMC empowers the men of Conservative/Masorti Judaism so that their passionate voices are heard in their communities and in the movement throughout North America and around the world.

The Men's Club of Congregation B'nai Israel invites members and prospective members to participate in this groundbreaking series. 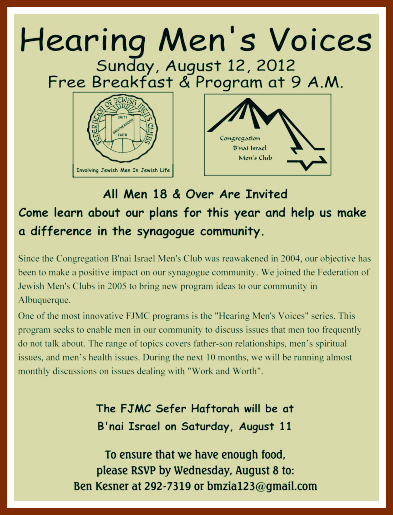