Kosher Gets Ethical:  Louis Nayman reports in the Magen Tzedek blog that a new standard is about to remake American Jews' dietary code: 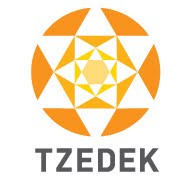 Kosher is about to get an American makeover. Sometime between Passover and Chanukah 2011, a new social responsibility certification—the Magen Tzedek (Star of Justice)—is expected to begin appearing on the labels of selected kosher food products throughout the United States.

Why, Nayman asks, is this necessary?


Those who remember the 1970s television ad for Hebrew National hot dogs (“We answer to a higher authority!”) can be forgiven for assuming that current kosher certification explicitly mandates labor standards, hygienic conditions and environmental ethics surpassing federal or state requirements. It does not.

Magen Tzedek certification ... is intended to assure purchasers that a kashrus-compliant product also conforms to Biblical and Talmudic ethical values and standards regarding the treatment of workers, animal welfare, environmental impact and fair business dealings.

To Abq Jew, the merits of such a super-kashrut certification are absolutely obvious and completely beyond reproach.  Not so to Agudath Israel, who posted (through a third party) a statement condemning the Magen Tzedek venture - and the Conservative Movement, which promotes this venture.

Abq Jew and many others - among them (Orthodox-ordained) Rabbi Eliyahu Fink of the Pacific Jewish Center, whose comments are especially worth reading - believe that Agudath Israel has missed the boat on Magen Tzedek. The Rabbinical Assembly of the Conservative Movement has responded to Agudath Israel's criticism, stating:

The misleading statement by Agudath Israel concerning Magen Tzedek is a misrepresentation of a very important development in kosher food production in America. Magen Tzedek is based on our assertion that biblical and rabbinic law mandate fair treatment of workers (בל תלין) , humane treatment of animals (צער בעלי חיים) and care of the earth (בל תשחית and שמירת הארץ) which can be translated into measurable standards applicable to commercial food production. These standards were developed in collaboration with SAAS, an organization acknowledged worldwide for its expertise in ethical certification programs.

We are appalled that Agudath Israel sees in ethical certification for kosher food an effort that “corrupts halakhah.” All Jews recognize that Judaism is a religion built upon ethical precepts. A central purpose of Jewish observance is to make us more decent and moral people, more capable of carrying out God’s vision of a just world.

We flatly reject Agudath Israel’s false accusations that we “harbor no respect for the very concept of halakhah.” We have always maintained that the Magen Tzedek would only be awarded to products already bearing kosher certification. Yet, we maintain that mitzvot bein adam l'makom (commandments between humanity and God) do not take precedence over mitzvot bein adam l'havero (commandments between one person and another).

Maimonides stated said that in fulfillment of Jewish life “one must be strict in their behavior and still go beyond the letter of the law (לפנים משורת הדין)." We see our role as ensuring that such is the case in the production of kosher food. Just as we would never delegate to the government to determine what constitutes proper kashrut certification, neither should we leave to the government enforcement of Jewish norms regarding ethical behavior. Instead of dismissing the work of one another, we call on all Jews to work together to ensure that our actions are truly a kiddush hashem--a sanctification of God's name.

Magen Tzedek affirms the eternal wisdom of Torah by bringing the moral values of Jewish religious tradition to bear on the daily operations of industrial food production, bringing more Jews to value the beauty of kashrut and Jewish observance assuring that we feel truly fulfilled when we sit down around our tables for a meal.

Temple Grandin, the well-known author, professor of animal science at Colorado State University, and designer of livestock handling facilities, has the following to say about maximizing animal welfare in kosher slaughter (read her complete statement here):

In order to maximize animal welfare, kosher slaughterhouses need to take the following steps: 1) eliminate stressful cruel methods of restraint such as dragging, shackling and hoisting or leg clamping; 2) keep animals calm before slaughter, since an agitated animal is more difficult to kill and takes longer to become unconscious; 3) perform the cut immediately after an animal’s head is restrained; 4) use restraining devices that hold animals in a comfortable upright position; 5) perform collapse scoring to keep track of the proportion of animals that quickly lose consciousness; 6) use video auditing by an outside firm, and practice transparency by streaming the video to a webpage so that the public can view it.

Adhering to these practices would enhance animal welfare, and all these steps could be implemented without transgressing the requirements of religious law. The kosher industry has an opportunity to show the world that it is doing things the right way.

To Abq Jew's way of thinking, this is an open-and-shut case.  It is the mission of the Jewish People to lead the world to higher standards.  We therefore must agree to alleviate the suffering of animals we slaughter. Adoption of the Magen Tzedek standard is an effective way to ensure that we do this.