Two Boats and a Helicopter

He Had a Hat: Well, here we are again. Fall and winter holidays approach with Covid-19, vaccines and boosters, masks and mandates, colds and the flu. 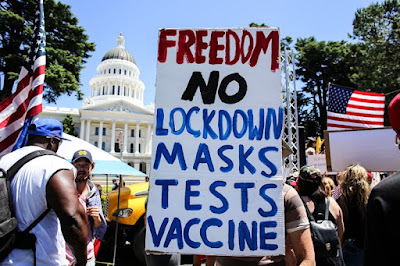 Mr & Mrs Abq Jew were recently discussing the vaccine-resistant with their daughter (in-law) Jessica the Surgeon. We asked each other: why would anyone in this great country of ours refuse a FREE, no-purchase-required, readily available, life-saving medicine?

Here is one answer that's going around: 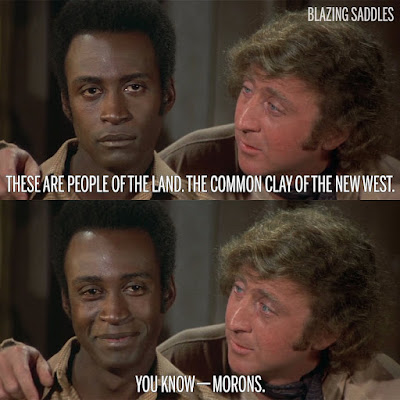 What did you expect?
You've got to remember that these are just simple farmers.
These are people of the land. The common clay of the new West.
You know... morons.
This line in Mel Brooks' movie masterpiece Blazing Saddles always gets a laugh. But it's not true. It wasn't true in 1874, either. Or in 1974.
In 2019, political scientists Nathan Kalmoe and Lilliana Mason came up with the helpful term that, alas, aptly describes the situation we're in:
Lethal Partisanship
In an effort to explain this term, there came to what is left, after all these years, of Abq Jew's mind - an old joke: the one with the punchline Two Boats and a Helicopter. And how it applies to the vaccine-resistant. 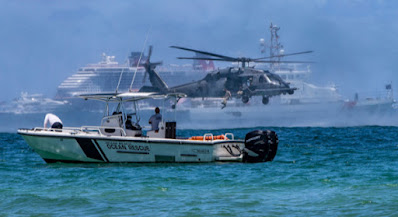 You can Google it if you want, but here's a classic version.

A storm descends on a small town, and the downpour soon turns into a flood. As the waters rise, the local preacher kneels in prayer on the church porch, surrounded by water. By and by, one of the townsfolk comes up the street in a canoe.

"Better get in, Preacher. The waters are rising fast."

Still the waters rise. Now the preacher is up on the balcony, wringing his hands in supplication, when another guy zips up in a motorboat.

"Come on, Preacher. We need to get you out of here. The levee's gonna break any minute."

Once again, the preacher is unmoved. "I shall remain. The Lord will see me through."

After a while the levee breaks, and the flood rushes over the church until only the steeple remains above water. The preacher is up there, clinging to the cross, when a helicopter descends out of the clouds, and a state trooper calls down to him through a megaphone.

"Grab the ladder, Preacher. This is your last chance."

Once again, the preacher insists the Lord will deliver him.

And, predictably, he drowns.

A pious man, the preacher goes to heaven. After a while he gets an interview with God, and he asks the Almighty, "Lord, I had unwavering faith in you. Why didn't you deliver me from that flood?"

"What did you want from me?
I sent you two boats and a helicopter." 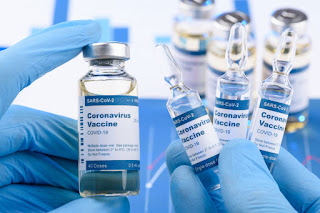 Here is the Albuquerque version of the punchline.
"What did you want from me?
I sent you three vaccines,
@GovMLG, @MayorKeller,
your own doctors and nurses,
and real scientists on TV." 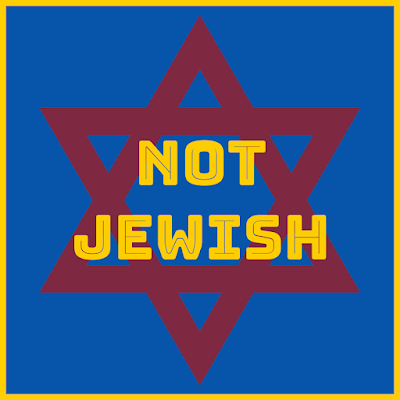 The first thing about Two Boats and a Helicopter that you must (you must! you must!) realize is that
This is not a Jewish joke.
Even if there were no preacher involved, the main character in this classic tale cannot be Jewish. No Jew would ever act like that, and no Jew would ever laugh at this story.
How does Abq Jew know this?
When Abq Jew was growing up in Brooklyn, the polio pandemic was the one going around. Abq Jew was, of course, too young to fully appreciate the fear - before Dr Jonas Salk, of blessed memory, developed the first vaccine against polio.
And the parents lined us up for shots - immediately, or as quickly as they could. And we all knew someone our age or just a bit older - or have met them later in our lives - who lived outside the Northeast or outside the US, who didn't get a shot quickly enough.
When Abq Jew was growing up,
The Holy One Blessed Be He
rated at least an 11 on a 1-10 scale. 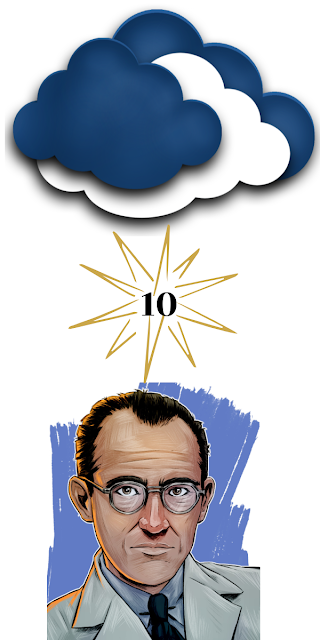 Dr Salk rated a 9. Or higher.
It has also occurred to Abq Jew - as, he is sure, it has occurred to you, his loyal readers - that we Jews have a relationship with God that is just flat-out different from the relationship with God (or whomever) that non-Jews have.
And to prove this, Abq Jew offers the seminally, eminently Jewish joke - the one with the punchline He Had A Hat. 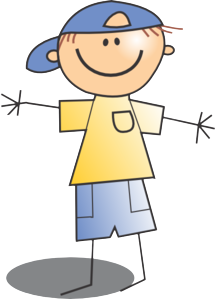 You can Google it if you want, but here's a classic version.

A Jewish grandmother takes her grandchildren to the beach. They’re playing in the sand when suddenly, a massive wave comes and pulls the smallest grandson out into the water.

Panicked, the grandmother prays to God. “Oh God, please bring him back! Please let him live!”

Suddenly, an even bigger wave bursts out of the ocean, setting the little boy down right at his grandmother’s feet.

She scoops him up into a hug. Then she stares up at the sky and says,

Even if the grandmother was a grandfather, uncle or other relative - or even (as in some versions) a lifeguard - the main character in this classic tale must be Jewish. No non-Jew would ever act like that, and only a Jew - any Jew, all Jews - would ever laugh at this story. But it's better with a grandmother.
How does Abq Jew know this?
Because of the commentaries! 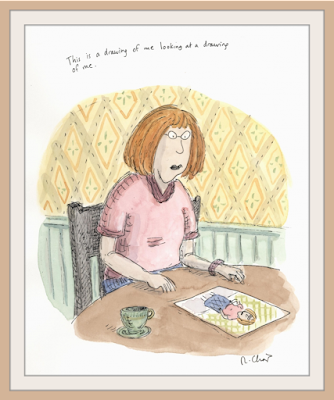 Here, for example, is The New Yorker cartoonist Roz Chast's take on the old joke:

A grandmother and her beloved grandson are at the beach. They’re playing near the shore. Suddenly a giant wave comes and sweeps the boy out to sea. The grandmother is beside herself with grief. She drops to her knees. She’s weeping and sobbing and implores God to return her little one.

Lo and behold, another giant wave comes and deposits him back on the shore, unharmed. The grandmother embraces him and, overwhelmed with gratitude, thanks God over and over and over. Then she pauses, looks up and says to God, “But where’s his little hat?”

I have heard this joke in two ways. One where the grandmother, at the end, sort of shrewishly, accusingly yells at God: “He had a hat.”

But I prefer the one where she’s more matter-of-fact. Not yelling or accusing. Just, like…asking. Because, you know, there was a hat involved. “Where’s his little hat?”

I also like the addition of “little,” which to me makes it funnier. “Little hat” cracks me up for some reason.

The joke says something about the personal relationship that Jews feel with God. My mother used to look out the window of her car when she found a good parking space and say, “Thank you, God.” He is the Father, the Creator of all, the God of the Old Testament.

In Judaism, there aren’t intermediaries such as saints and Jesus, and Mary, and then the Pope and all of that. There is God. But that doesn’t mean that when the little hat goes missing, you don’t notice it. 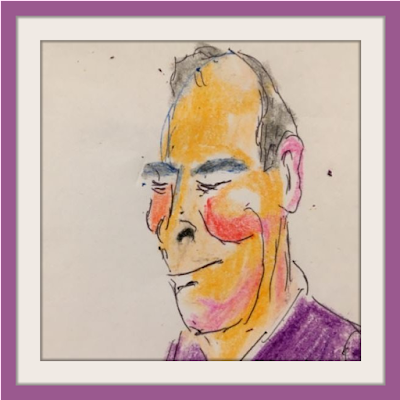 And here is The Jewish Week's Editor-in-Chief Andrew Silow-Carroll's interpretation.

We signed a contract! 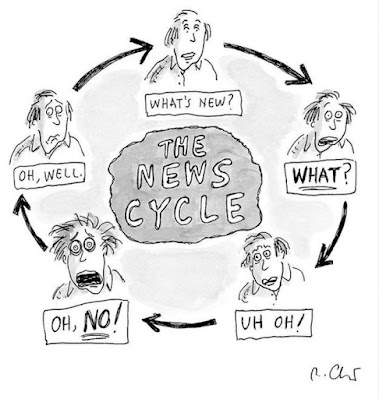