What We Know: At the current moment, Hamas is still firing rockets at Ashkelon, Ashdod, Sderot, and other towns and cities in Israel. There is talk of an "imminent" ceasefire - which will happen, but who knows when? Or for how long? 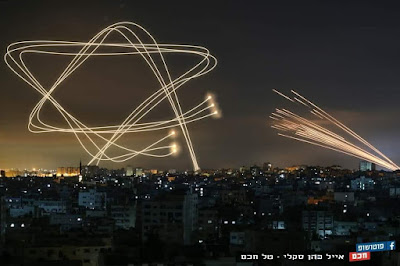 You, Abq Jew's loyal readers, know of his love for Ashkelon - his former home town (if only briefly, some 50 years ago) - see December 2017's Ashkelon, Oh Ashkelon.
Of which the Jewish Virtual Library says

Israel has one of the world's most beautiful coastlines, with white sandy beaches and spectacular Mediterranean views. The coast stretches to the northern border with Lebanon at Rosh Hanikra and south to the Gaza Strip. Just north of Gaza and 36 miles south of Tel Aviv is the southernmost stop for most tourists, the city of Ashkelon.

And of which Abq Jew wrote in November 2012's Community Rally For Israel: 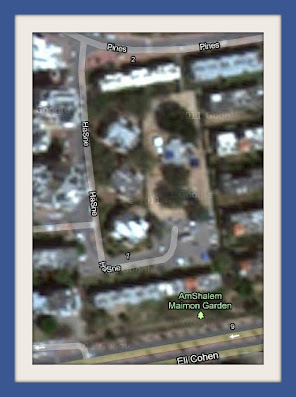 When they go after Ashkelon,
they're going after me.
Here are a few other things that Abq Jew is thinking about right now. 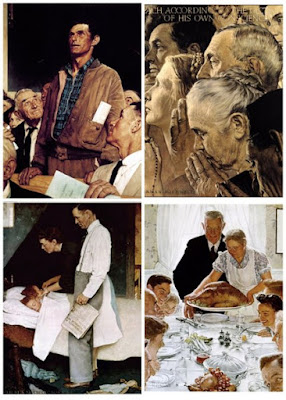 The Four Freedoms
Norman Rockwell's famous paintings – Freedom of Speech, Freedom of Worship, Freedom from Want, and Freedom from Fear – illustrate what President Franklin Delano Roosevelt said are four basic human rights which ought to be universally protected. These four freedoms were later incorporated into the United Nations charter.
Kim Kardashian (there's a name Abq Jew had thought would never appear in his Blog) posted this statement on her Facebook page - and came under fire for it.

I don’t know who needs to hear this but both Israelis and Palestinians deserve to live in peace and safety. Anyone trying to convince you that one must come at the expense of the other does not support human rights for all humans. 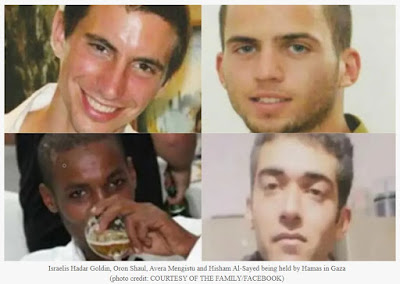 Do you recall that Hamas is still holding the bodies of IDF officer Hadar Goldin and soldier Oron Shaul, and civilians Avra Mangisto and Hisham al-Sayed?

The workers' union at the Israel Electric Corporation (IEC) announced on Thursday that it will not fix electric lines to the Gaza Strip that were damaged during the latest round of fighting until the Israelis being held by terrorist groups there are released, according to Israeli media.

Hamas has been holding the remains of Israeli soldiers Shaul and Goldin captive since Operation Protective Edge in 2013. Civilians Mengistu and Hisham al-Sayed have also been held captive by Hamas for a number of years.

"I stand behind the people of the IEC who understand that the greatest moral and social value for the citizens of Israel is to come out of the fighting in Gaza not only with reinforced deterrence, but also with all four boys back home."

Abq Jew strongly supports
the release of the four Israelis. 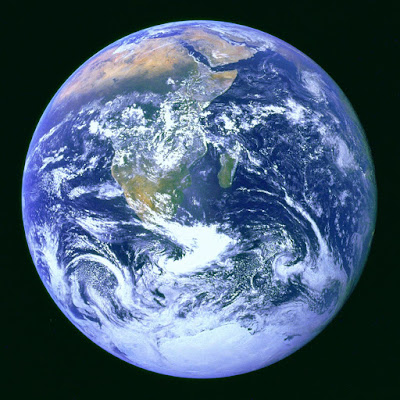 The Blue Marble
Do you recall that we all live on one planet (Earth), and that we are all we've got?
Abq Jew notes with controlled (so far) horror
the pro-Hamas, anti-Israel, and anti-Jewish attacks
taking place all over the world - even in the US.
And denounces them all. 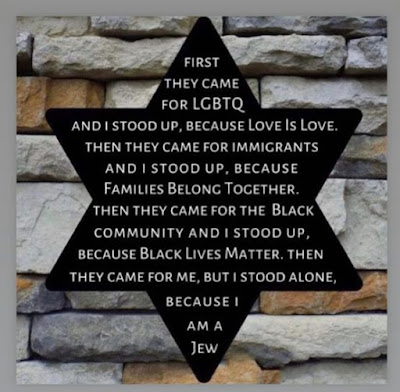 Abq Jew doesn't always feel like this.
A lot of the time, yes. But not all the time. 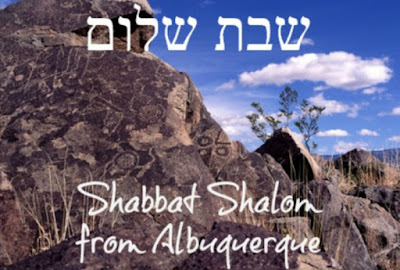