A Jewish Animal Christmas: Among the many difficult questions we New MexiJews face come this time of year is: Why is Santa's sled pulled by reindeer, when so many other animals are, perhaps, even more suitable to the job? 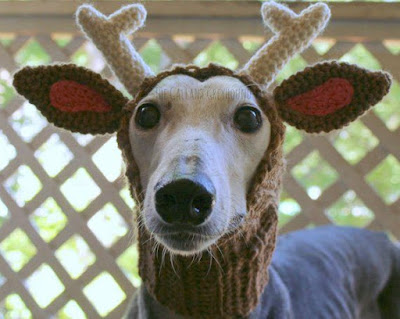 This turns out to be not a strictly-Jewish problem, as the Greyhound Adoption League of Texas (especially our NM branch) and other sighthound rescue organizations can attest. For, as many greyhound "owners" have learned - 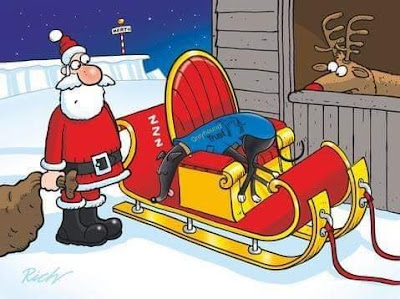 There is a reason why Santa employsreindeer - and not greyhounds.
As it has turned out (since 1939), Rudolph the Red-Nosed Reindeer is particularly well-suited to the Lead Reindeer position. And - surprise! - this is where The Jews come in, as we always seem to. And not just for Rudolph's ... distinctive ... nose. 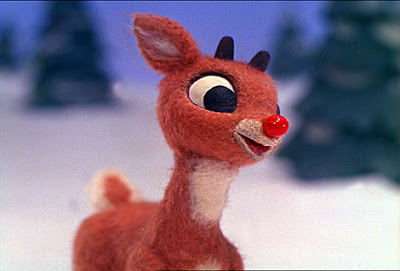 Rudolph the Red-Nosed Reindeer is a fictional reindeer created by Robert Lewis May. Rudolph is usually depicted as the ninth and youngest of Santa Claus's reindeer, using his luminous red nose to lead the reindeer team and guide Santa's sleigh on Christmas Eve.

Rudolph first appeared in a 1939 booklet ... published by Montgomery Ward, the department store. The story is owned by The Rudolph Company, LP and has been adapted and shaped in numerous forms including a popular song by Johnny Marks.

This is the story of Robert Lewis May -

Robert May (1905-1976) grew up in an affluent, secular Jewish home in New Rochelle, New York. He had a brother and two sisters.

One of the sisters, Evelyn May, is the grandmother of the well-known economist Steven D. Levitt, who wrote the book Freakonomics. The other sister, Margaret, married songwriter Johnny Marks in 1947. May graduated Phi Beta Kappa from Dartmouth College in 1926.

May's parents were hard hit by the Great Depression (1929) and lost their wealth. Sometime in the 1930s, May moved to Chicago and took a job as a low-paid in-house advertising copywriter for Montgomery Ward.

In early 1939, May's boss at Montgomery Ward asked him to write a "cheery" Christmas book for shoppers and suggested that an animal be the star of the book.

And this is the story of Johnny Marks -

John David Marks (1909-1985) was an American songwriter. He specialized in Christmas songs and wrote many holiday standards, including Rudolph, the Red-Nosed Reindeer (a hit for Gene Autry and others), Rockin' Around the Christmas Tree (a hit for Brenda Lee), ... and I Heard the Bells on Christmas Day (introduced by Bing Crosby).

He earned a Bronze Star and four Battle Stars as a Captain in the 26th Special Service Company during World War II.

Marks, who was Jewish, was the great-uncle of economist Steven Levitt. His wife, Margaret May Marks, was the sister of Robert L. May, who wrote the original story of Rudolph. 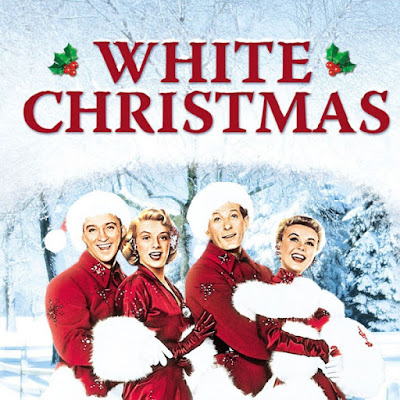 Here, Abq Jew must point out that White Christmas made Christmas a holiday about snow. And that, along with Easter Parade, Happy Holiday, and of course, God Bless America, Irving Berlin helped make it possible for Jews to live as full and equal citizens in America.

Want to learn about 11 Iconic Christmas Songs That Were Written By Jews? Just click! Among those classics of the genre: Rudolph, at #7! Written by Robert May and Johnny Marks! 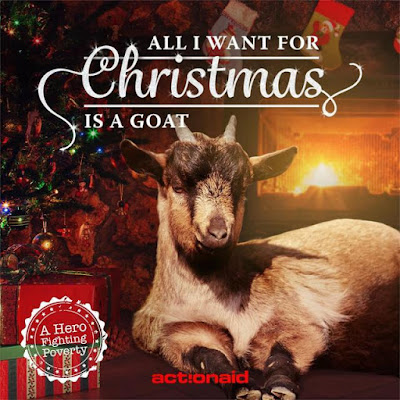 Yes, it was early one morning (don't ask) just five years ago (see All Ye Faithful) that Abq Jew came across the perfect response to all the mishegos (that's a technical term) that had smogged up the atmosphere that week.

Well, it's now five years later. The atmosphere is still smogged up, and it's still because of all the mishegos (that's a technical term). Perhaps even more so.

“When it’s cold outside and the darkness of winter
prevails, the Christmas goat invites us all
to an emotional moment by the fireplace." 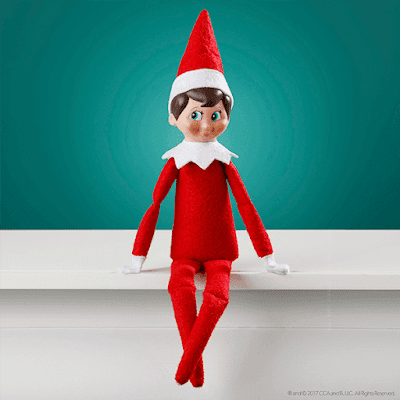 Alright! Abq Jew hears you, his loyal readers, asking - If we're gonna talk about Rudolph the Red-Nosed Reindeer, shouldn't we also talk about Elf On The Shelf? 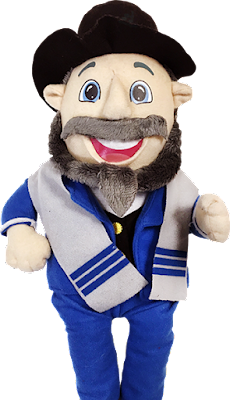 Or, at least, the Mensch On A Bench?

Well, Abq Jew will go it one better (you're welcome!). Here is the very Italian (and therefore almost Jewish) -

Fauci on a Couchi!
Abq Jew sincerely wishes his Christian friends a happy and meaningful Christmas. And to his Jewish friends (even though it's only Wednesday), Abq Jew says 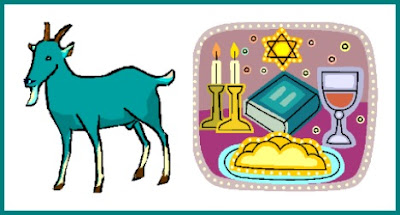