Mr & Mrs Abq Jew wish you the happiest of holidays!

Now, if you're a former engineer like Abq Jew - first of all, his condolences. Life in the high-technology mines of Silicon Valley, TPC (The Phone Company), and Big Pharma, Abq Jew recalls, was nothing - absolutely nothing - like Workin' In the Coal Mine. Or like Workin' On a Chain Gang. 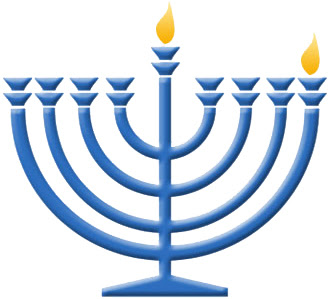 One of the perpetual residual effects of an an engineering career, it appears, is a fascination with, you should certainly not excuse the expression in our current anti-science climate ... 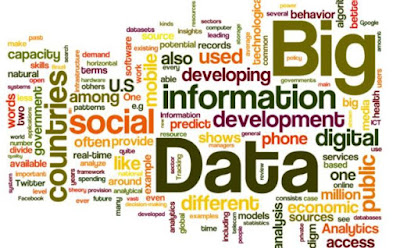 This malady has afflicted Abq Jew since he can remember, which, these days, is not as long a period as it once was. On the other hand, Abq Jew can remember all the words to the Cal (UC Davis) Aggie Drinking Song, but ...

What was Abq Jew talking about? 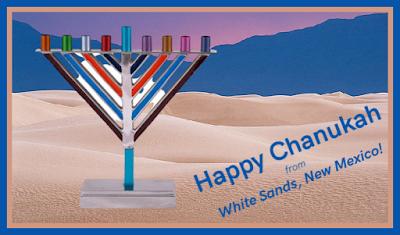 Xanuqa hasn't started on a Thursday night in 20 years.

And how, you may ask, does Abq Jew know this? Because one of Abq Jew's Facebook friends, Rabbi Gary Gans (see Remembering Jim Croce, MOT) follows the Facebook page Hebrew Calendar Facts. Which Abq Jew now follows, too.

Now, Abq Jew has, on more than one occasion, blogged about the delights and idiosyncrasies of Ye Olde Hebrew Calendar - see, for example, Easter On Purim and Nineteen and Twenty-Eight.

And, Abq Jew has, on more than one occasion, blogged about the fact that 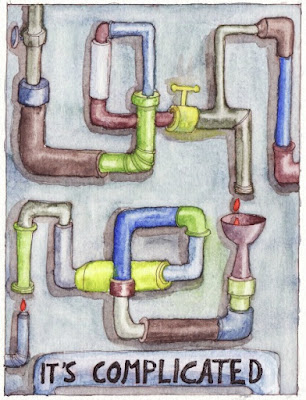 So, Abq Jew would very much like to tell you that his new friend (about whom Abq Jew knows virtually nothing) Hebrew Calendar Facts

has uncomplicated the heck out of Ye Old Hebrew Calendar and made it simple to understand. At least, to understand why Chanukah hasn't started on a Thursday night in 20 years. But ... alas ... we'll work with what we've got.

Those words have not been heard in 20 years!

Why is it so rare for Chanukah to start on Thursday night (1st day of Chanukah on Friday), and what are the consequences?

There are 4 days of the week when Rosh Hashanah can fall (Monday, Tuesday, Thursday, Shabbat), and as a result, every date from Adar (II) through Cheshvan (which includes all of the major and some minor holidays) is also locked into 4 possible days of the week.

(For example, Shavuot is always 1 day of the week earlier than the upcoming Rosh Hashanah, so it can fall on Sunday, Monday, Wednesday, or Friday.) 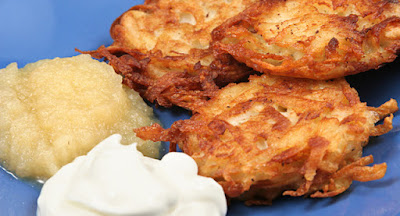 But Chanukah has a wider range, because Cheshvan (the month before Chanukah) can have either 29 or 30 days.

But this isn’t quite true, because years starting on Tuesday always have 354 or 384 days, so Cheshvan always has 29 days, so they’re always sour cream years and Chanukah starts on Monday (not Tuesday).

So there are 6 possible days of the week for the 1st day of Chanukah: everything except Tuesday.

(Monday is the most common start day for Chanukah, being the only day of the week that both Rosh Hashanah and Shavuot can fall on, so it’s the only start day that appears in both applesauce and sour cream years.)

NOTE: Why can’t Cheshvan have 30 days in years starting on Tuesday?  If it’s a non-leap year, then counting 355 days from Tuesday means the following year starts on Sunday, which is not an allowed day for Rosh Hashanah.  But in a leap year, 385 days is exactly 55 weeks, so the following year would also start on Tuesday, which is an allowed day, so one might think that this would be possible.

But if the year started on Tuesday, then there would be no need for this delay at the end of the year, because Monday is a perfectly cromulent day for the following Rosh Hashanah.

So let’s talk about Chanukah starting on Friday (what we have this year).  Ok, it’s actually not THAT rare.  This happens in 10.1% of all years, which is only a little bit less than what you’d expect if all 7 days of the week had equal probabilities.

(This is because you can’t have a 354-day year starting on Shabbat, since that would put the following Rosh Hashanah on Wednesday, and 353-day years are comparatively rare, since 12 lunar months are about 354.4 days, so the 353-day year only happens when Rosh Hashanah is delayed at the front end.

(Figuring out why these longer gaps are so often exactly 20 years is left to the reader as an exercise.  We haven’t delved into this yet, so please let us know if you come up with an explanation before we do.)

Ok, but what is the significance of Chanukah starting on Friday???  (Our readers who are Torah readers have been waiting very patiently for this paragraph.)

It’s the only time that Shabbat Mikeitz doesn’t fall during Chanukah!  Since the Shabbat during Chanukah has a special haftarah, this means that the regular haftarah for Mikeitz will be read this year for the first time in 20 years!  It’s a very well-known story (where King Solomon says to cut the baby in half), yet rarely read in public.

Why is this the only time that Mikeitz isn’t during Chanukah?  As we said above, the 1st day of Chanukah is either exactly 12 weeks after Rosh Hashanah or one day before that. 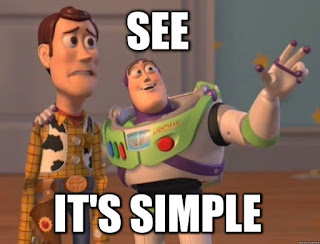 As you probably heard in 2013 (the “Thanksgivukkah” year), Thanksgiving will not fall entirely during Chanukah again (until the calendar loops all the way around).

However, we’ll have a couple more times when the 1st NIGHT of Chanukah falls on the night of Thanksgiving, in 2070 and 2165.

Since (by definition) those are years (like this year) when Chanukah starts on a Thursday night, those future Thanksgivukkah years will also be years when Mikeitz is not during Chanukah!

Happy Chanukah to all! 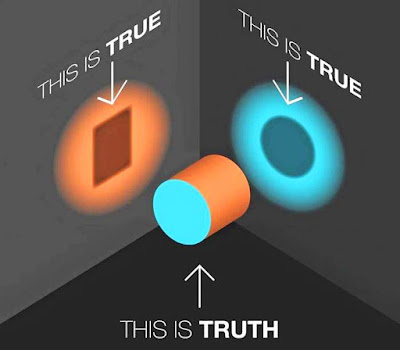 But is it true?
Or is it just some really, really good Razzle Dazzle? There are two things (in this very limited context) of which Abq Jew is sure:
1.

Thanks, all the same, for your helpful assistance in making it all come clear. Your explanation(s) are about as clear as the Golden Gate Bridge in June.