Never Ever Give Up Hope

Election Day 2020: It is early here in the Land of Enchantment. There isn't a lot of news to report, and most of what's reported - especially from Europe - is bad. But  - ICYMI - here is one outstanding example of why we should

Never Ever Give Up Hope

Saved by the whale: Runaway train caught by fateful sculpture

A fatefully placed whale sculpture in the Netherlands saved a careening train from certain devastation Monday, catching the lead runaway metro carriage on the graceful arc of its mammoth tail.

The improbable incident unfolded at the De Akkers metro station in Spijkenisse just after midnight. Photos from the scene suggest that the train, part of the Rotterdam Metro network, had been unable to stop as it reached its terminus and overran the track.

Rather than fall more than 30 feet to the ground, the train was brought to a stop by one of two whale tail sculptures at the end of the track. The driver of the train was able to escape. He visited a hospital as a precautionary measure, according to local media reports.

Dutch emergency services have told reporters there were no other passengers aboard.

The artwork’s official name, “Saved by the Whale’s Tail,” now seems apt. Made out of plastic and installed in 2002, its designer seemed surprised it could hold a moving train.

“It has been there for almost 20 years,” architect Maarten Struijs told NOS. “You actually expect the plastic to disintegrate a bit, but that apparently is not the case.”

Struijs told the Dutch broadcaster that the event was a “miracle” and that he was impressed by how artistic the train looked on his creation.

Experts said it was unclear why the train had not been stopped by automatic buffers at the end of the track. “I don’t understand how this can happen,” Rob Goverde, professor of rail traffic engineering at TU Delft, told Algemeen Dagblad.

All the way back in April 2019 BC, in those happy days Before Covid, Abq Jew wrote (see Passover: Last Days):

Here's a wonderful photo from Michael Gold's article in The New York Times. Which reminds us all that salvation may arise, and that the Messiah may come, only at the last possible moment. Or as Kafka stated:

A Crashing Small Plane Was Snagged by Power Lines, Stopping a Foot From Disaster

The aircraft first clipped the roof of a church, then several power lines, local officials said, before becoming entangled in the cables like a fly in a web, suspended a foot above the front lawn of a brick home.

When the Nassau County police arrived at the scene, they found the plane dangling from the utility cables, nose down, hovering as if freeze-framed a second before tragedy.

The pilot and two passengers, mostly unharmed, were sitting on a nearby curb.

Yes, the Rotterdam Metro is certainly one of the greatest catches of all time. 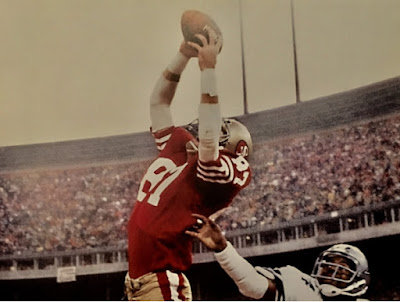 Yes, right up there with The Catch made by the San Francisco 49ers' Dwight Clark (of blessed memory) on January 10, 1982 (Abq Jew was there, sorta).
What Abq Jew is saying is 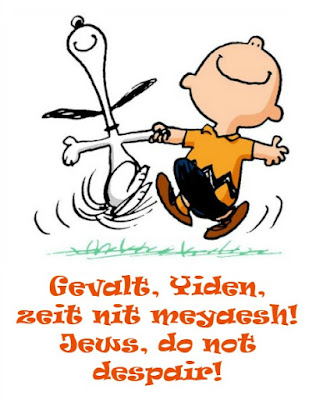 In any event, Abq Jew is sure you will be pleased to know that Ward Sutton has submitted a few initial designs for a monument to our nation's 45th president. In The New Yorker, of course. Here's one: 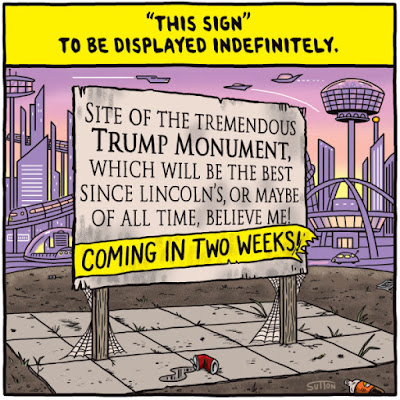 However, it is Abq Jew's firm belief that our nation's 45th president will be remembered somewhat differently. By David Ostow. 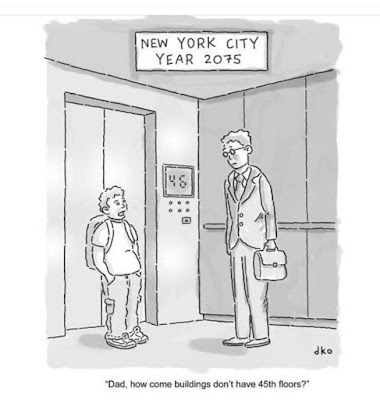